A United Airlines Boeing 737 has completed a passenger flight with one engine using 100 percent sustainable aviation fuel, the company confirmed earlier this month. The flight, which took place between Chicago’s O’Hare and Washington, D.C.’s Reagan National, is the first-ever to ferry passengers while using the new eco-friendly fuel. But while the test performed successfully under controlled circumstances, it begs to ask the question: what’s next?

Last week’s flight wasn’t the first of its kind, though it was the first with actual people acting as passengers—albeit the non-commercial kind. Previous tests have occurred with other planes using 100 percent sustainable aviation fuel on a single engine, however, none of them carried passengers. This flight ferried 100 people from Chicago to D.C., with United’s CEO Scott Kirby on board, as well as a slew of government officials, members of the media, and other relevant executives from the airline’s partners.

The fuel was developed by Marathon Petroleum’s subsidiary Virent. It’s been engineered to drop straight into existing high-bypass turbofan engines, like those used on the test plane, the Boeing 737 Max 8. The CFM LEAP-1B engine used on the aircraft in question allegedly produced an estimated 75 percent fewer carbon emissions, according to United. Carbon dioxide is not the only greenhouse gas a jet engine emits, however, reducing it by so much is an incredible feat—if it has indeed been achieved as the airline claims.

The fuel was produced using corn sugar, according to a Marathon press release, but future biofuels will have to diversify into other areas outside of feedstock in order to meet demand, as Aviation Today reports. Even with the Department of Energy estimating a total of 1 billion tons of biomass to be available for use in future SAF (sustainable aviation fuel) without disrupting any food or fiber supply chains, other means of producing SAF like methane conversion must be realized to meet demand. Government incentives and investments in infrastructure must occur in order for companies like World Energy, the business that produced the SAF used in the test flight, to do so at a reasonable cost and in sustainable quantities. 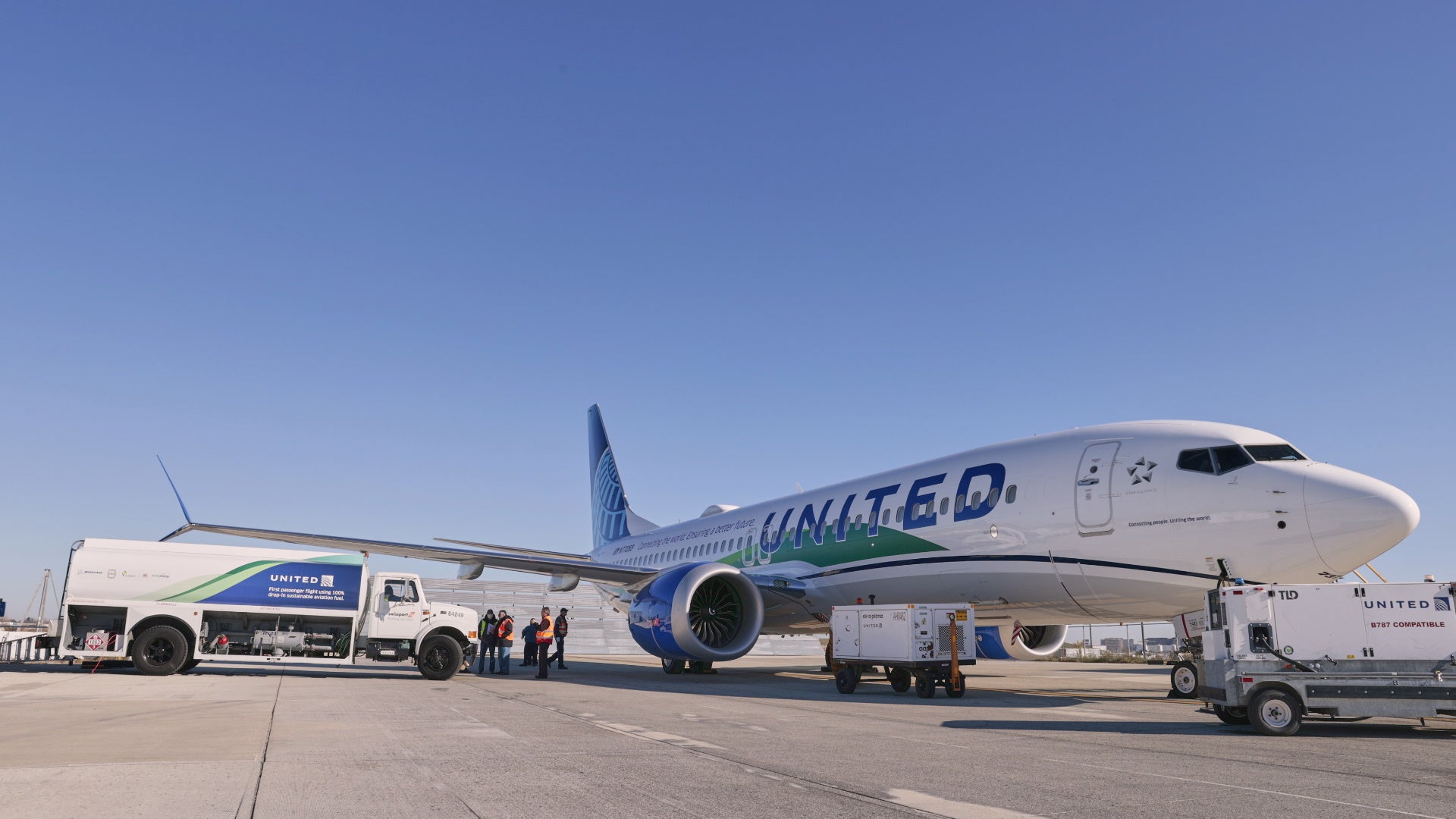 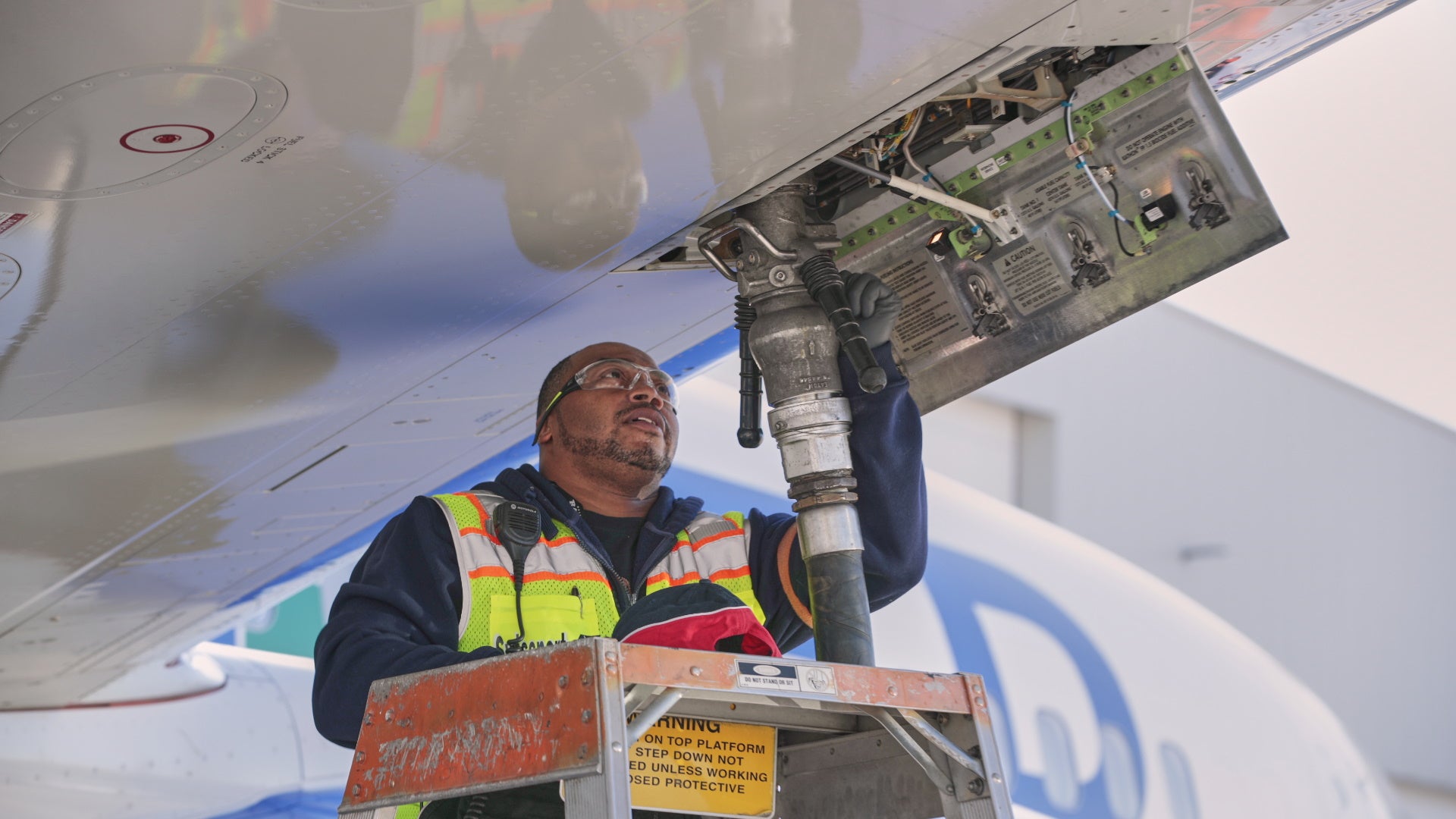 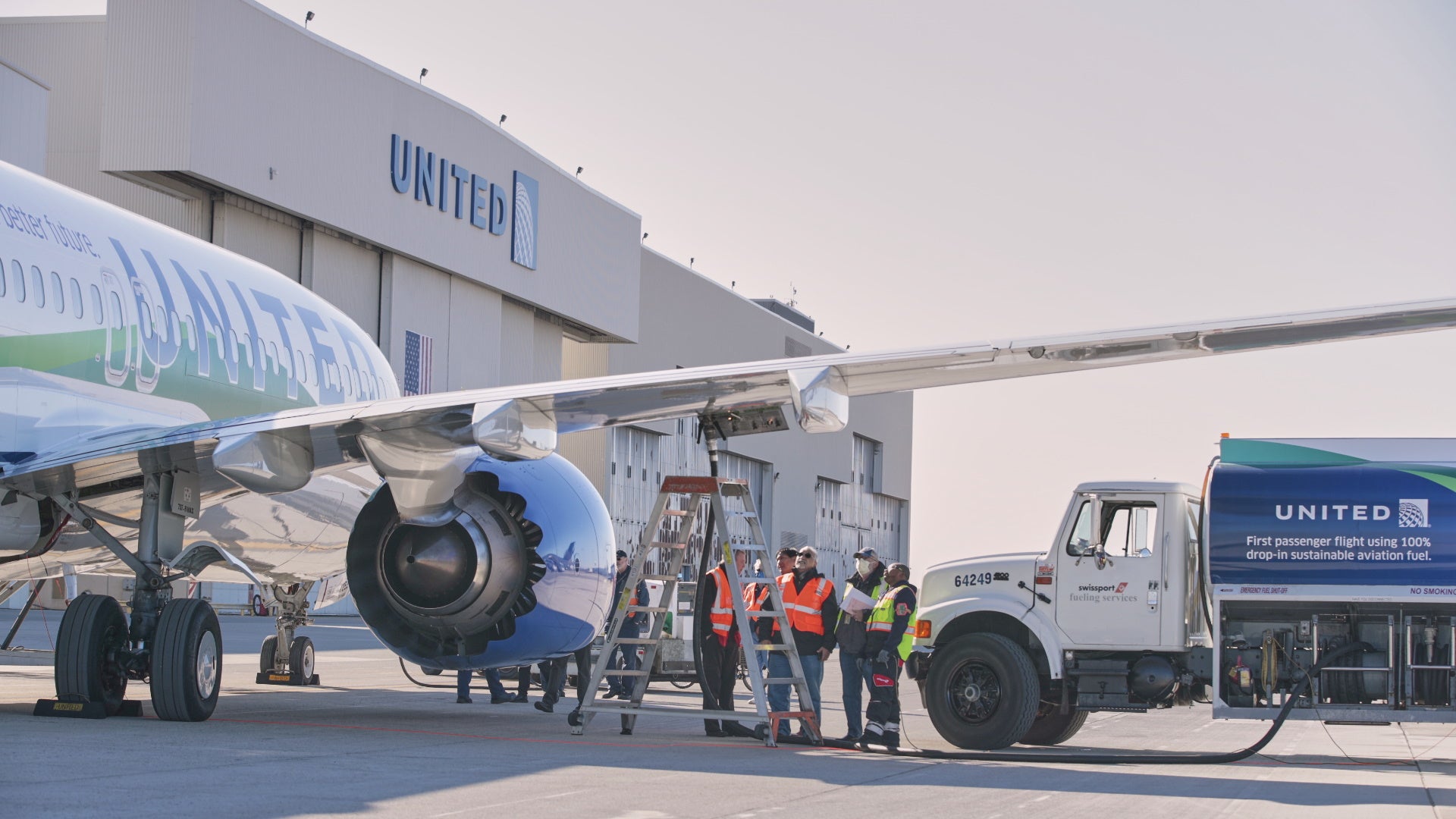 But even without those vital steps to make widespread adoption possible, the fact that there’s a drop-in fuel for airliners that will reduce their emissions by a claimed three-quarters while maintaining existing performance is amazing. Even though it was demonstrated on a single flight with a single engine, this has major implications for not only the airline industry but the planet as a whole. Cleaner air is good for everyone.

The next steps are pretty straightforward; start flying airliners on 100 percent renewable fuel, and not just on one engine. Airbus already did this with an A350 in late November, calling the results “promising.” However, Airbus held very short test flights intended primarily to measure performance and emissions, not carry passengers.

The key will be to get this fuel approved for use without being blended with conventional aviation fuel, as is required by airlines now. Once that happens and all of the necessary support from government and industry alike is in place, you might see yourself flying on a jet that’s far cleaner than anything that came before it.