Last year, the Mercedes-Benz Sprinter celebrated its 25th anniversary. The original bus was launched in 1995 as a replacement for the aging TN, and Polish coachbuilder Kegger has decided to give the Sprinter a belated birthday gift in the form of a special edition tow truck.

What you see in the gallery below is not an official Mercedes-AMG product but a limited edition model built by Kegger, which also celebrates 25 years of existence. Logically, only 25 examples of the special truck will be produced. 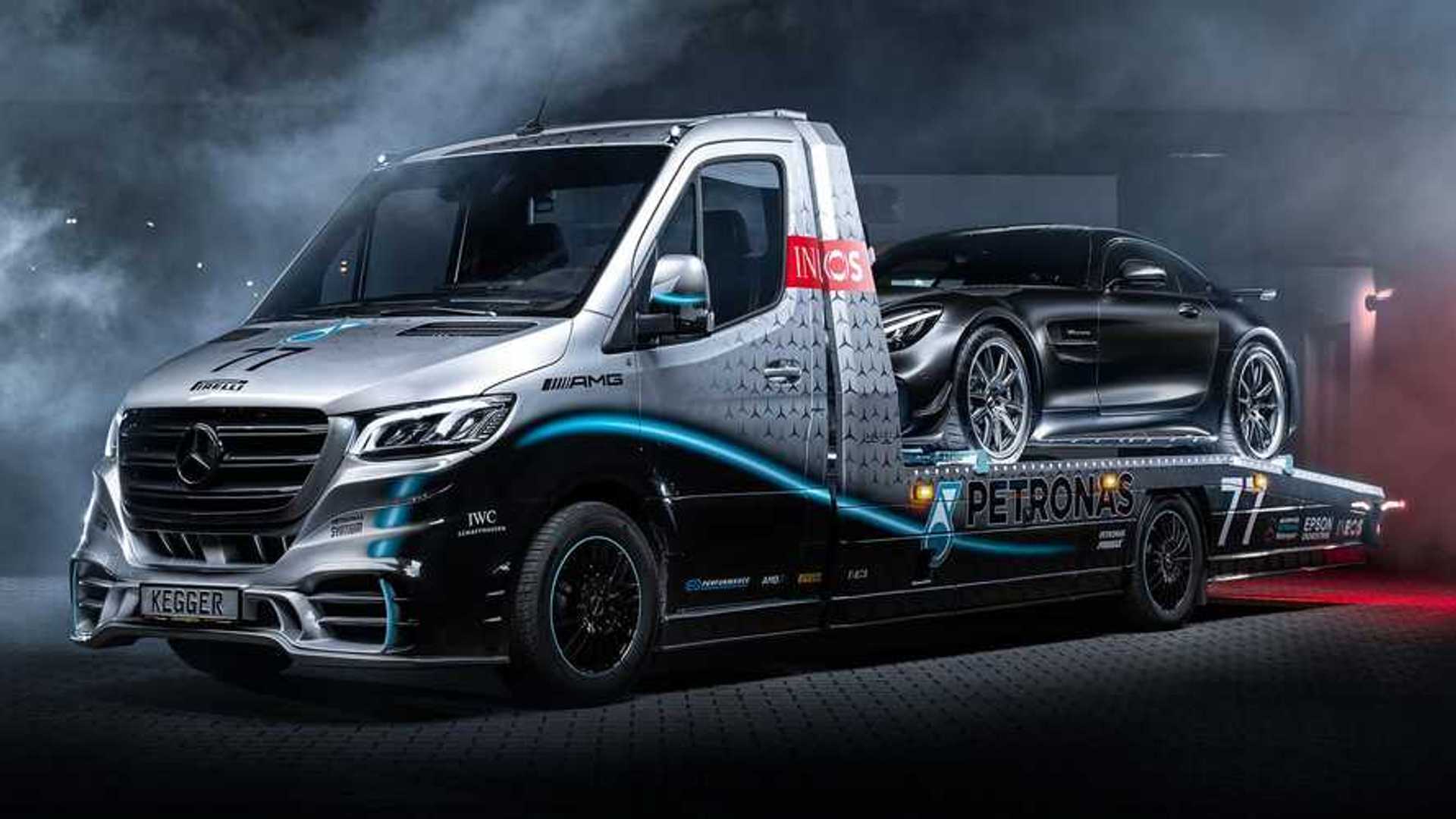 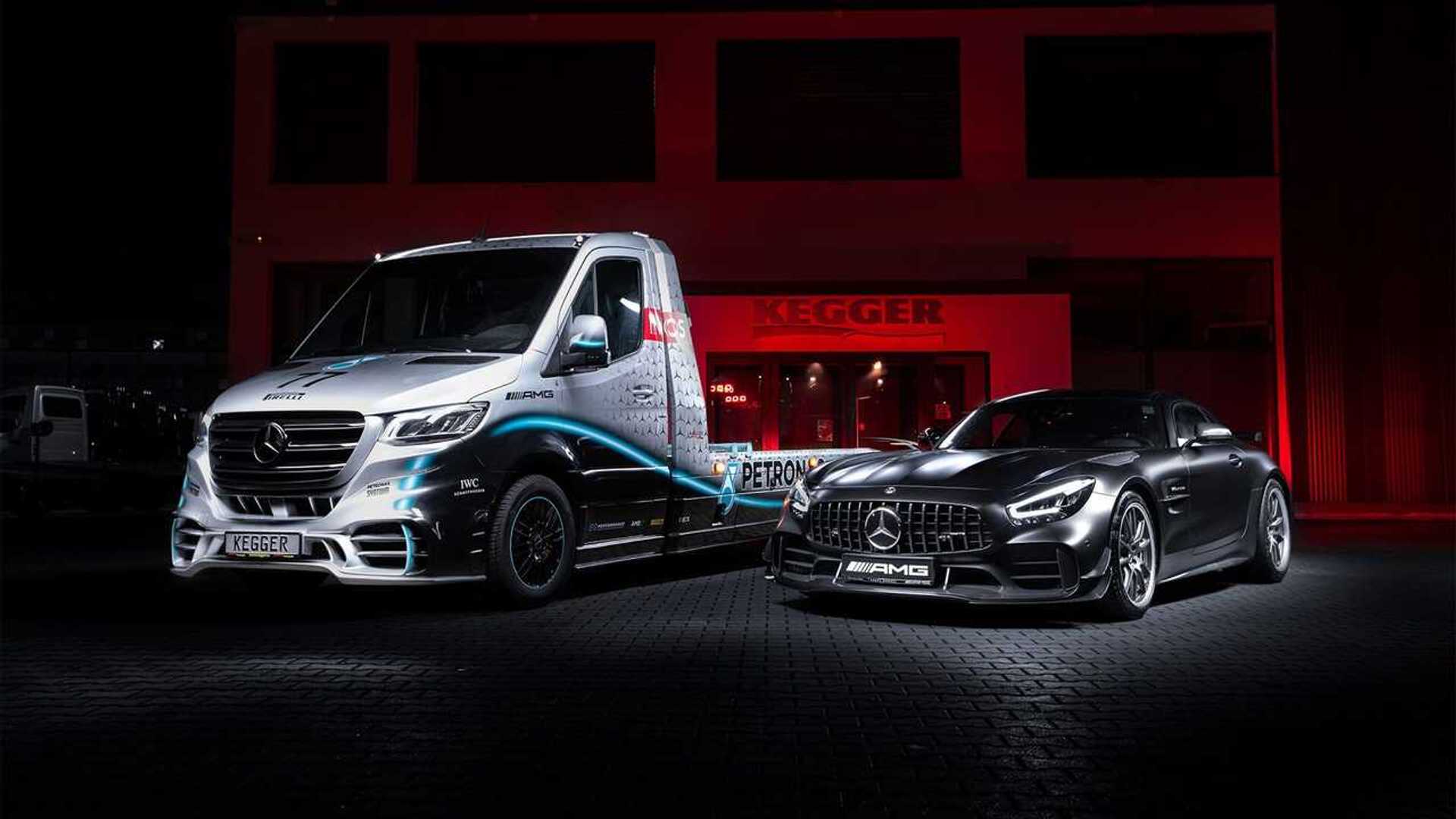 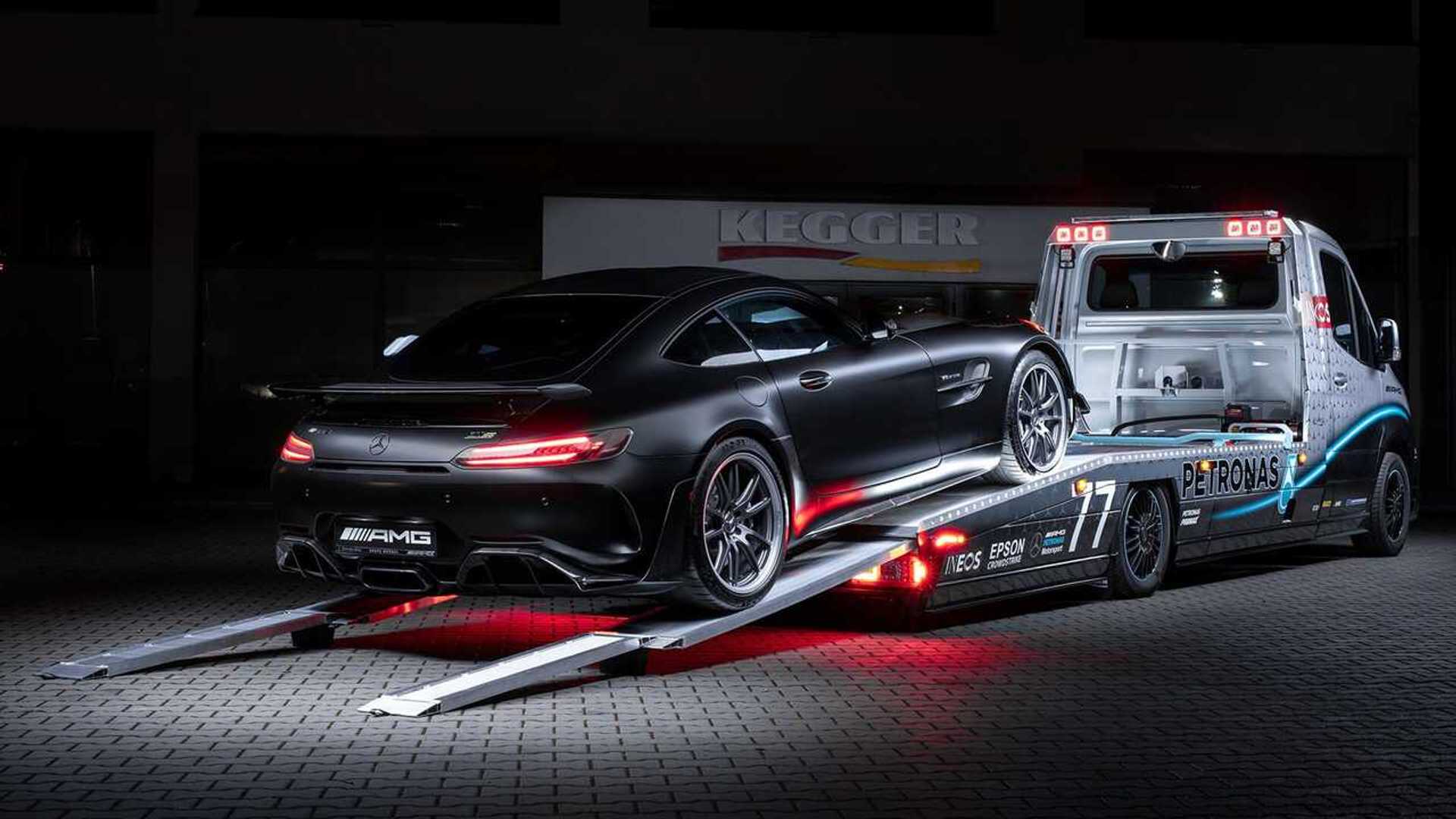 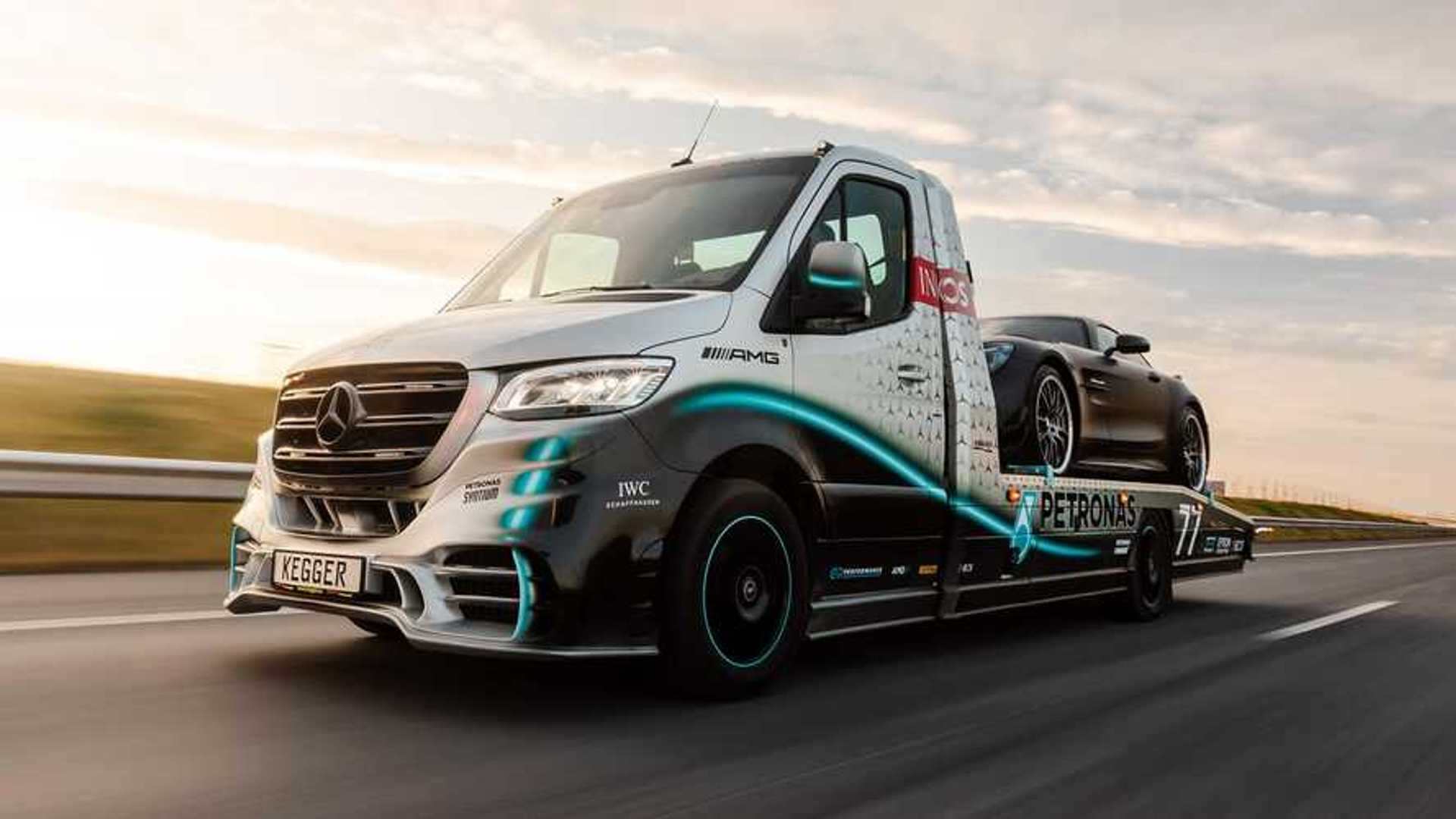 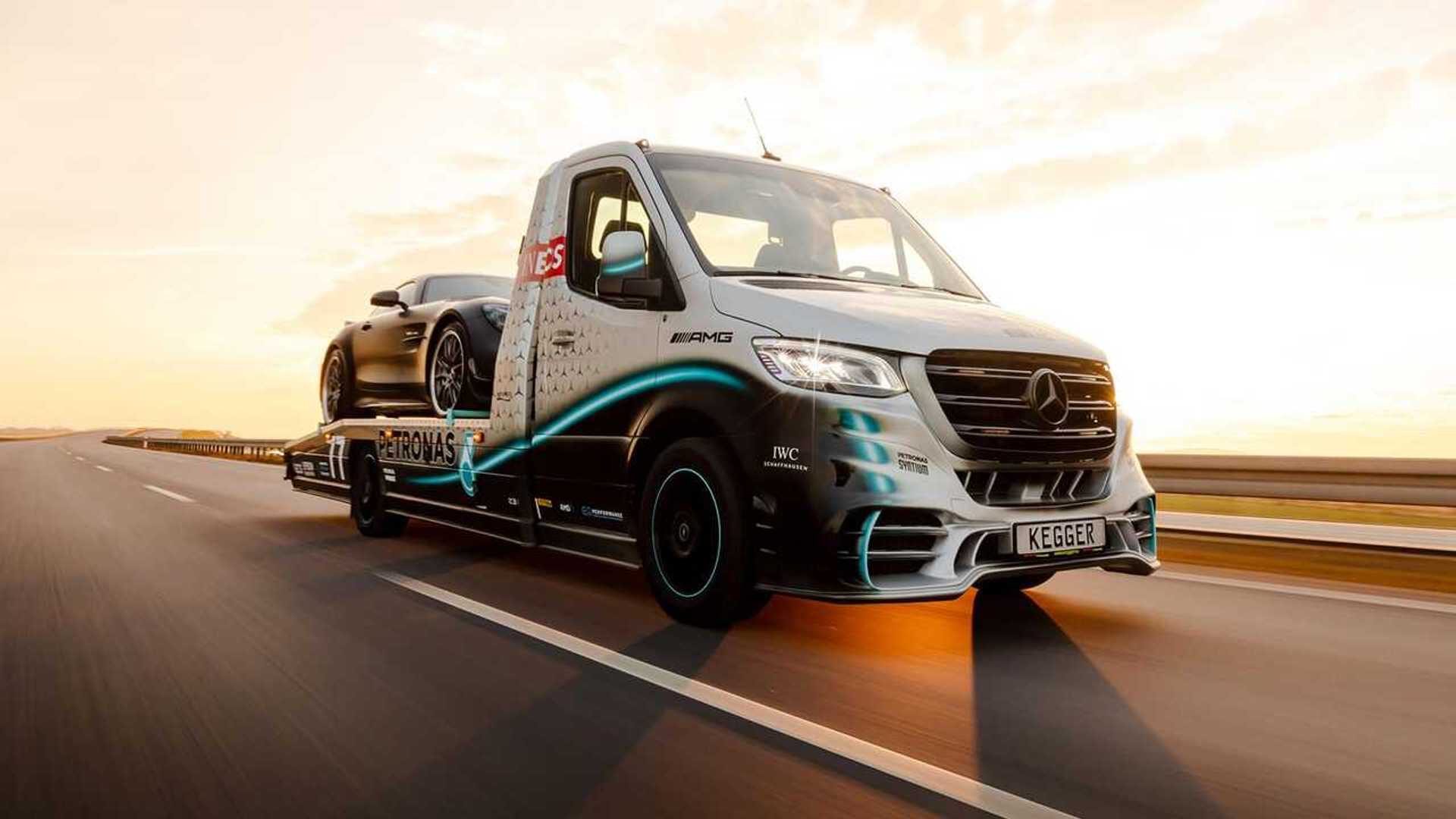 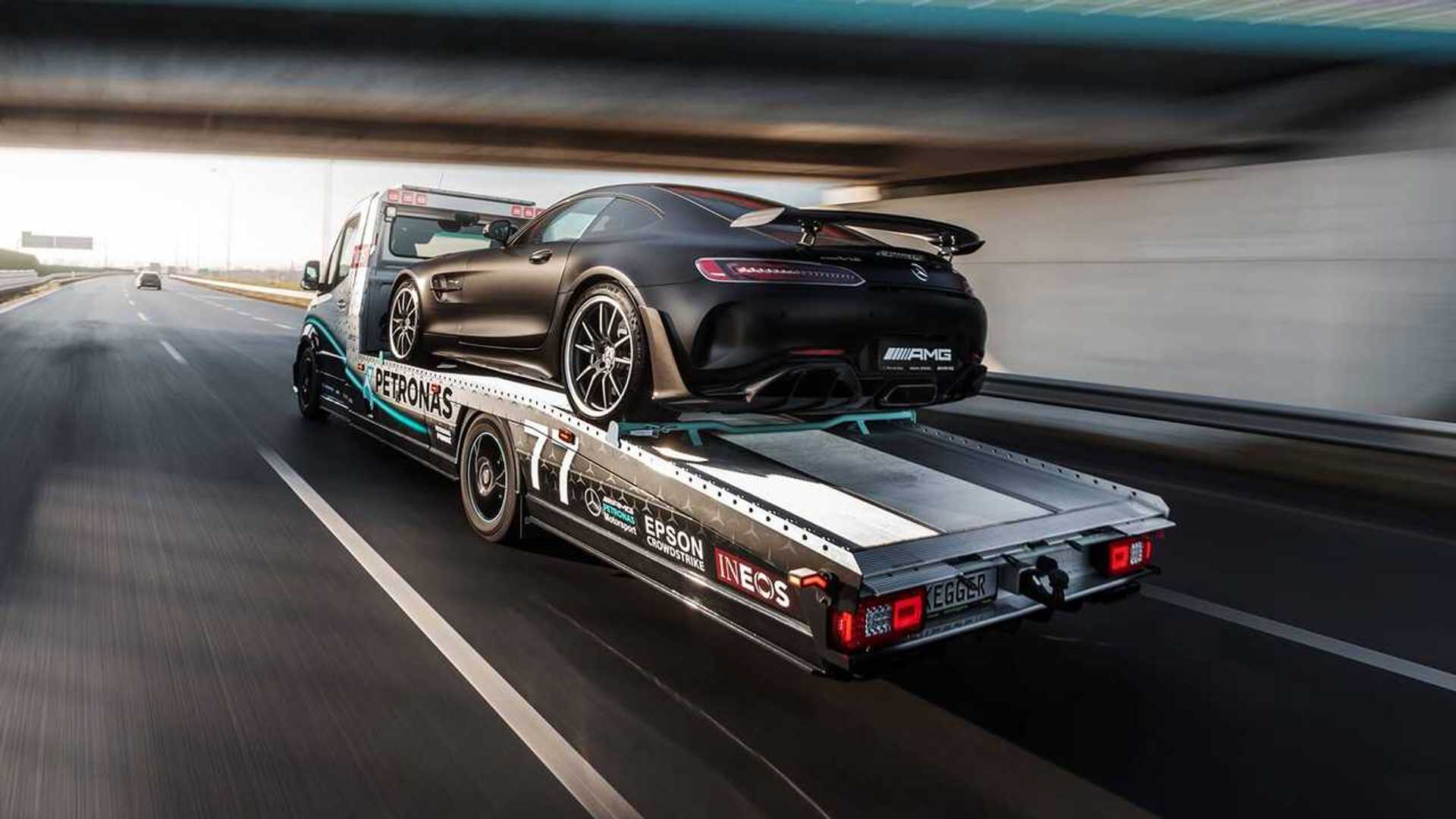 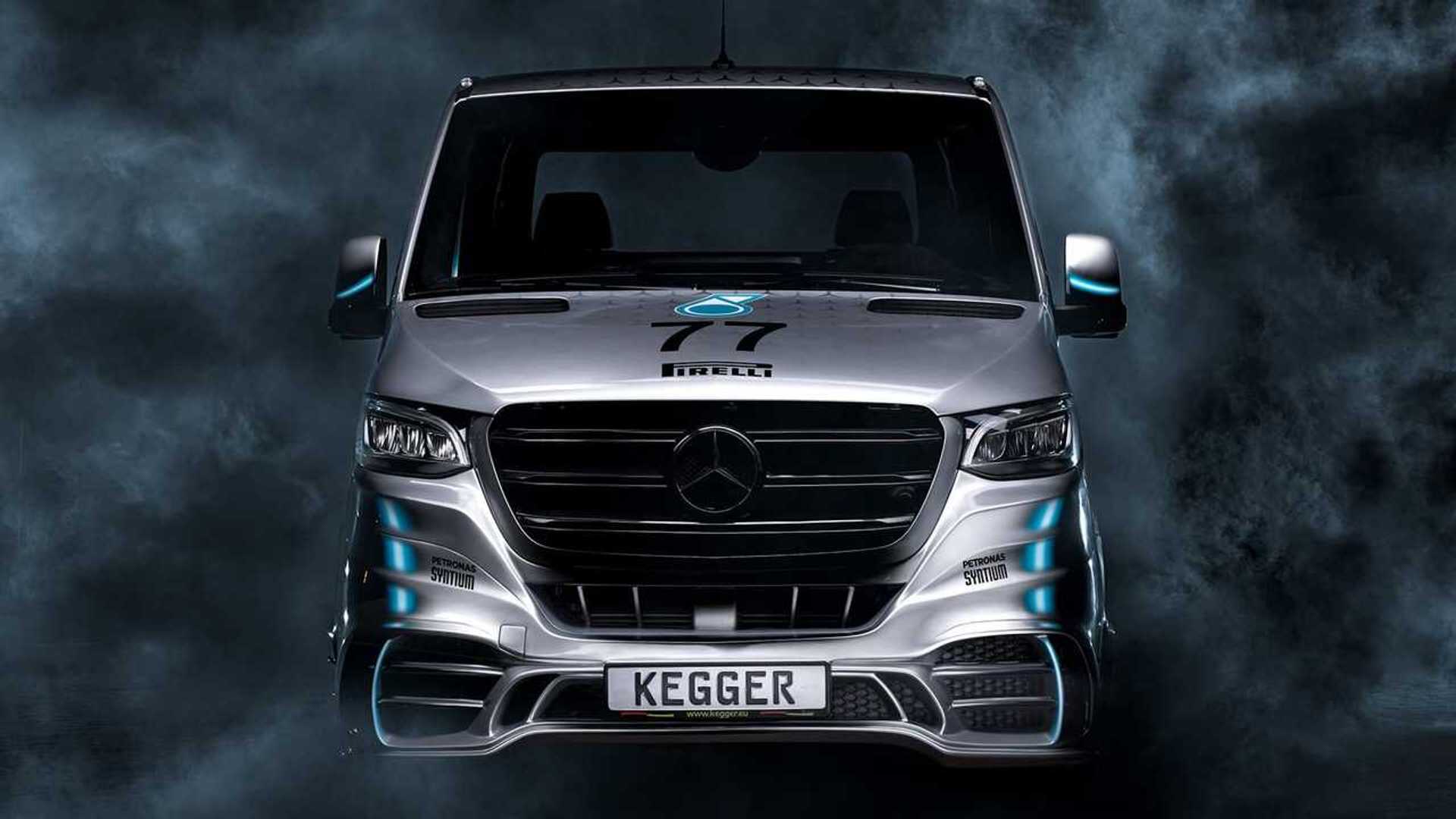 Dubbed the Sprinter Petronas Edition and featuring F1-inspired livery, the truck is based on the most powerful version of the Sprinter available in Europe. The 319 CDI has a 3.0-liter V6 turbo diesel with 190 horsepower (142 kilowatts) and 324 pound-feet (440 Newton-meters) of torque, channeled to the rear wheels via a seven-speed automatic. This is one of the few tow trucks you’ll ever see equipped with an air suspension.

Visually, it features several revisions, including a completely new front bumper with larger air intakes and a modified lip spoiler. Blackened radiator grille and black 18-inch alloy wheels with a thin contrasting light blue stripe round off the visual enhancements.

Get inside the cabin and you’ll discover an unexpectedly comfortable atmosphere for a tow truck. A lot of Alcantara leather with green stitching can be found on the dashboard, seats, and door panels. Additional sound insulation in a combination with an upgraded audio system should create a nice place to spend the working day in.

Of course, being a tow truck, the Sprinter Petronas Edition has a flatbed at the back, accessed via two retractable ramps. There are also a few large tool and cargo boxes integrated into the construction of the bed.