The looks from the ’80s with the technology from today.

Quadratec is the largest independent retailer of aftermarket Jeep parts, and the company celebrates 30 years in business by building a unique Wrangler that mixes the first-gen (known internally as the YJ) and current JL model. Naturally, the business refers to this machine as the YJL.

Starting with a JL Wrangler, Quadratec overhauls the front so that it has rectangular headlights, like on the YJ. These are not simple sealed-beam lamps like on an old Wrangler, though, because the company installs modern LEDs. The front bumper is simply a metal beam with circular auxiliary lamps on top. 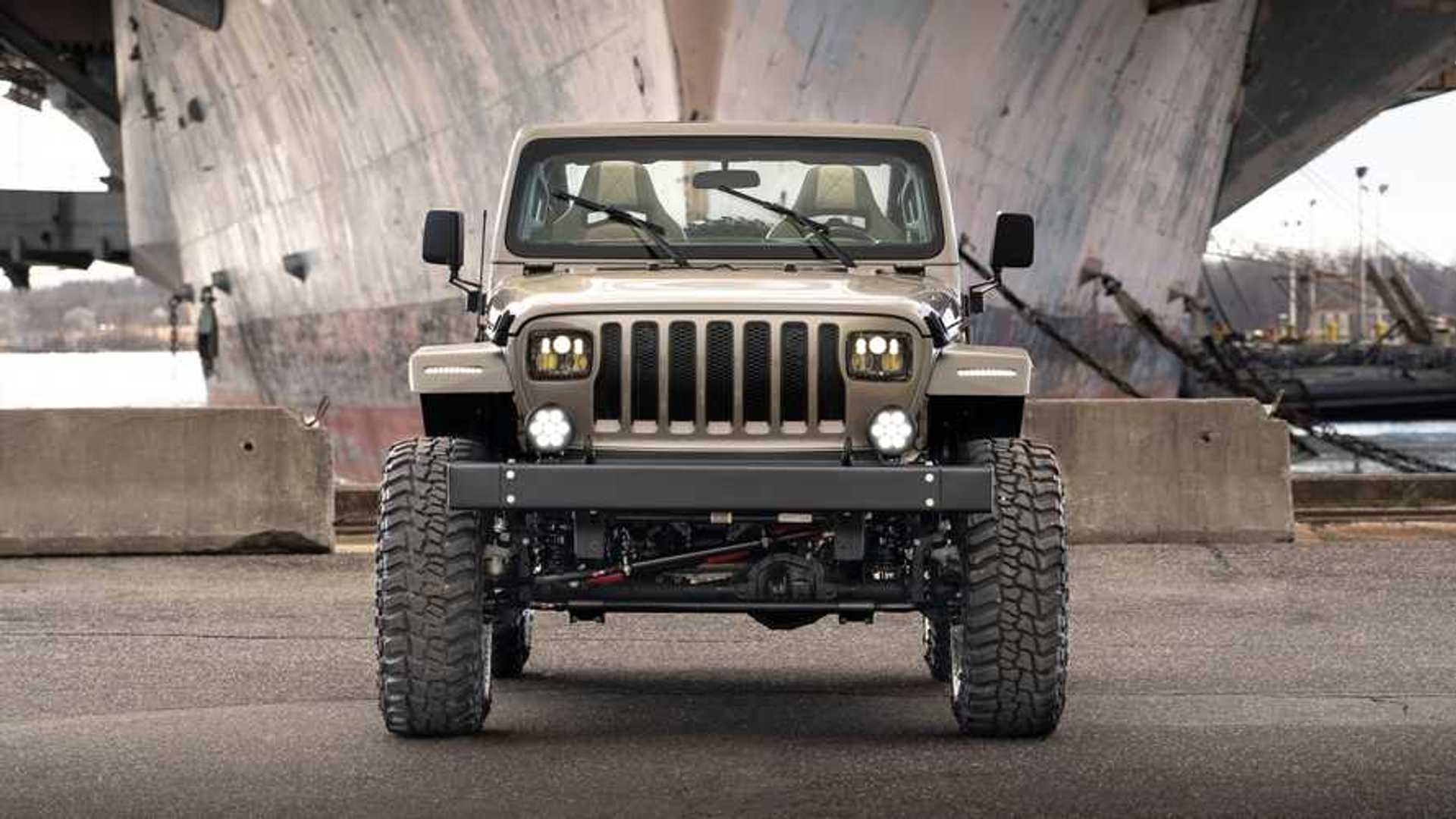 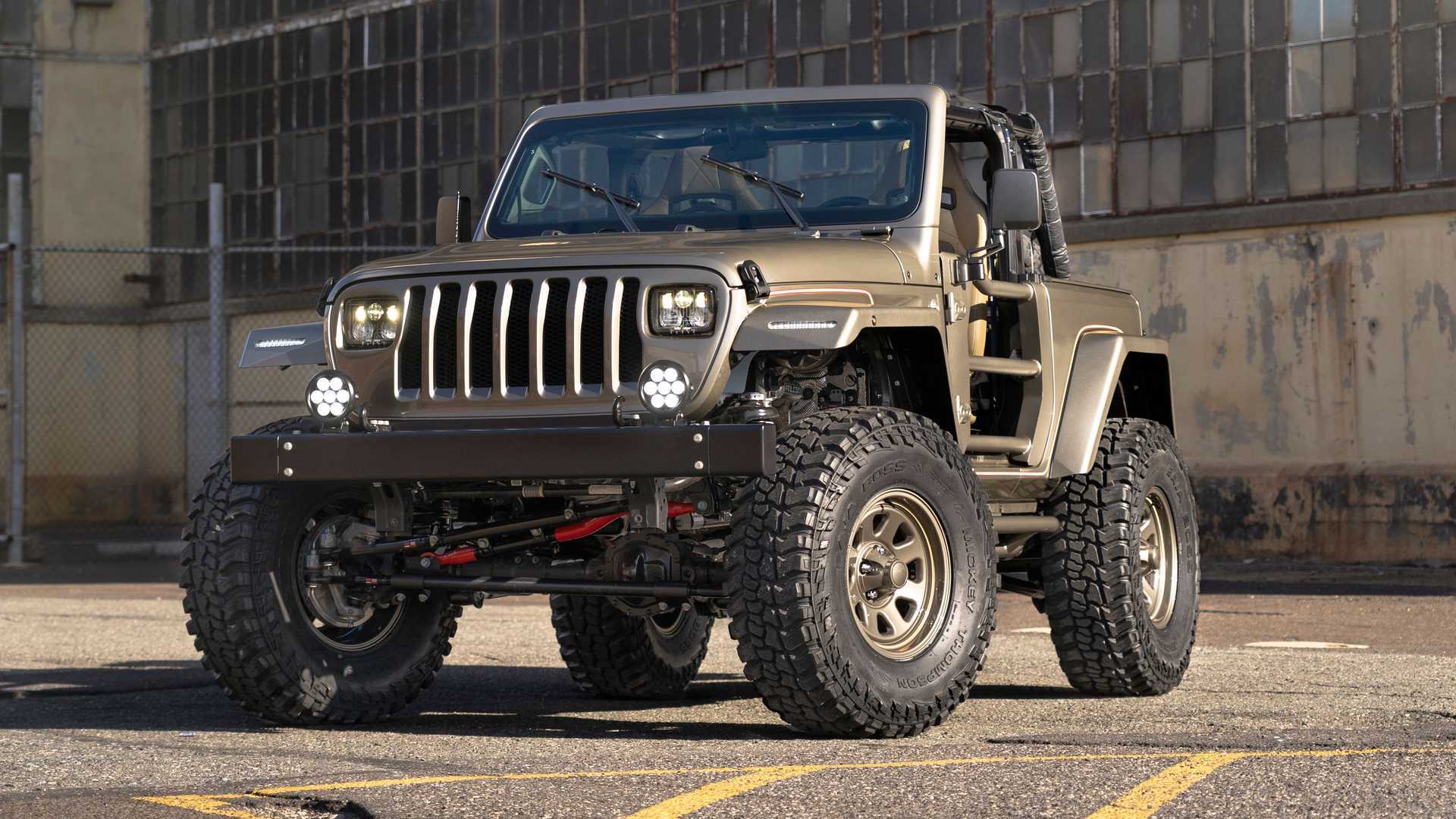 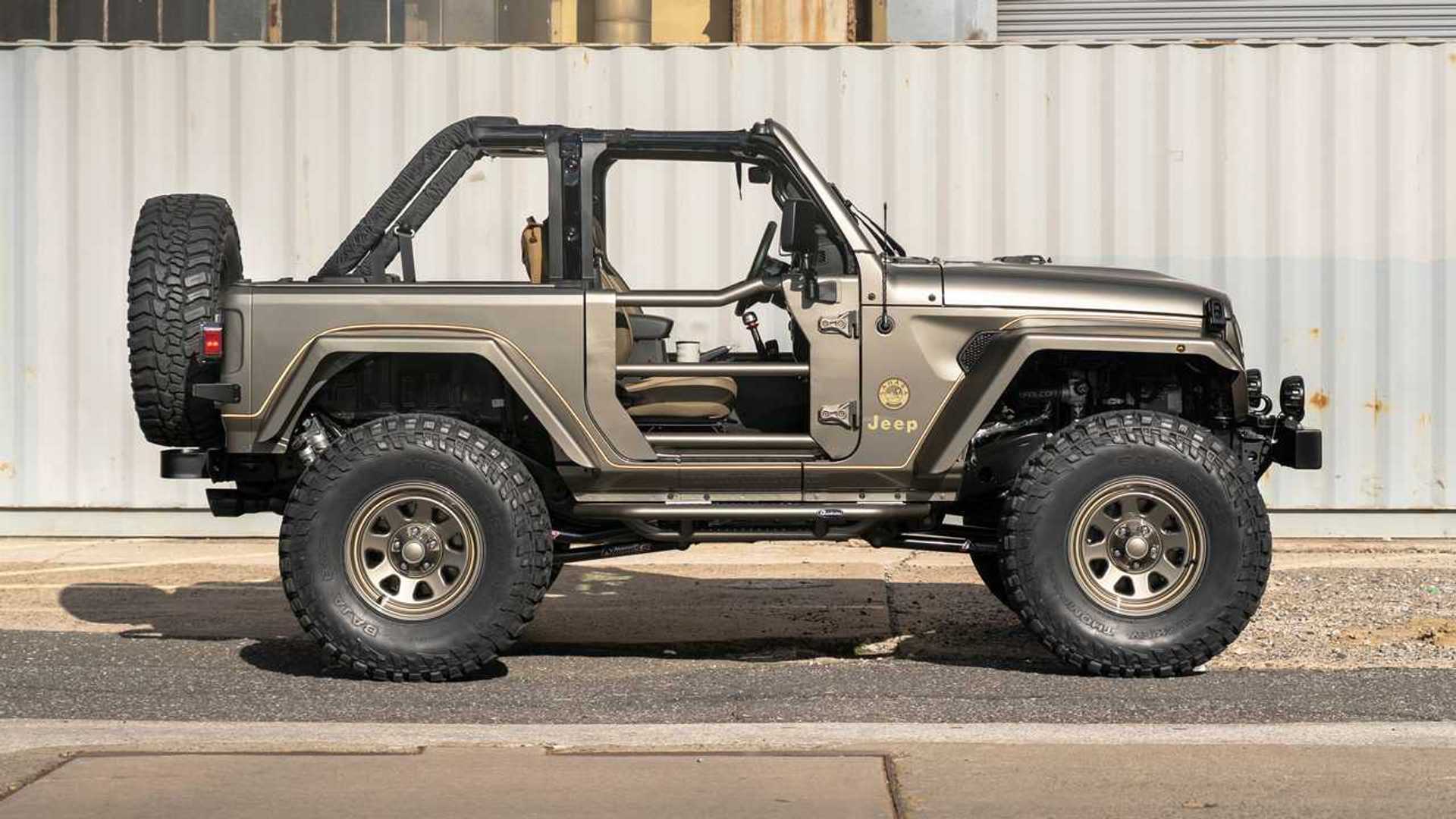 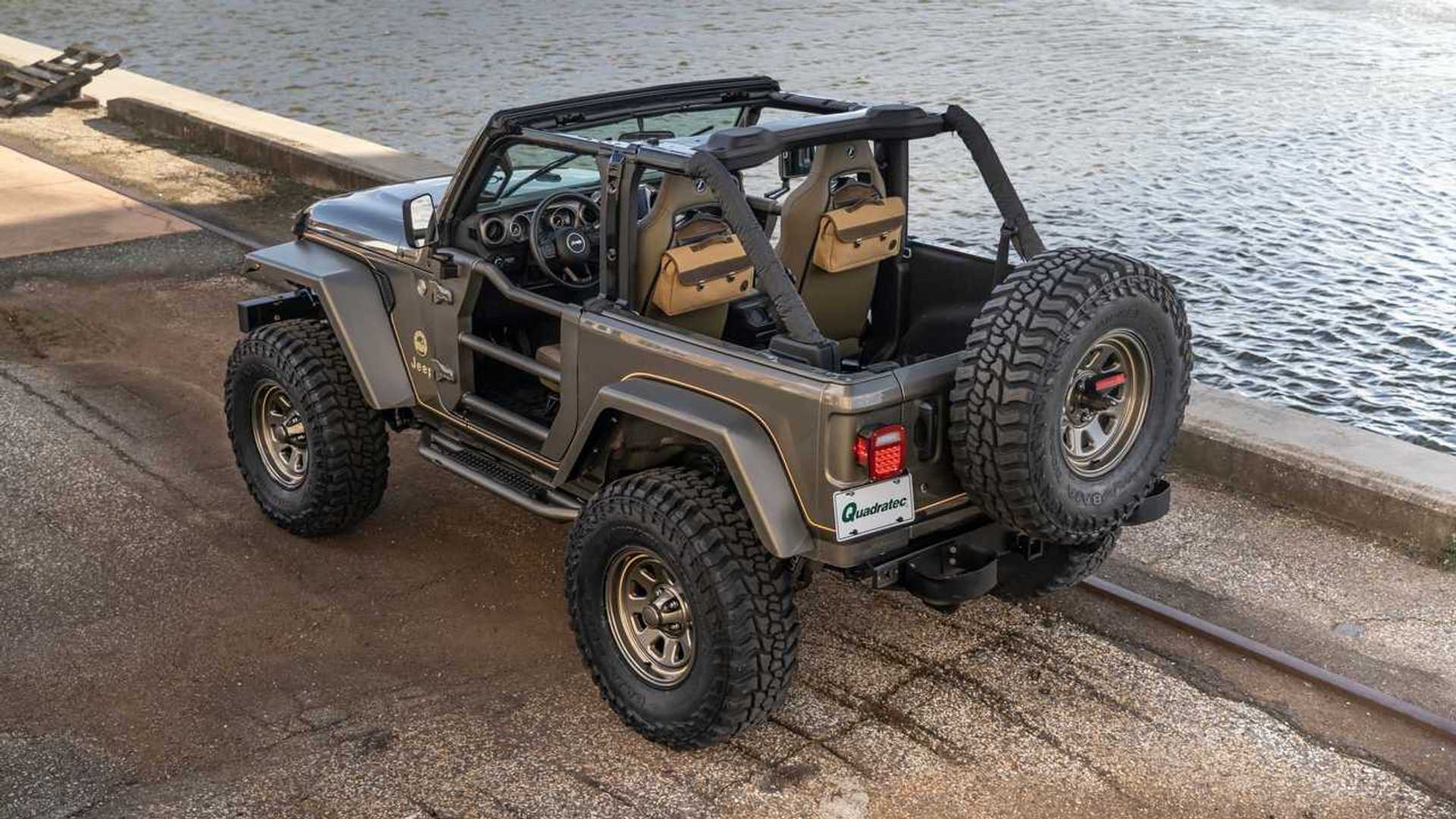 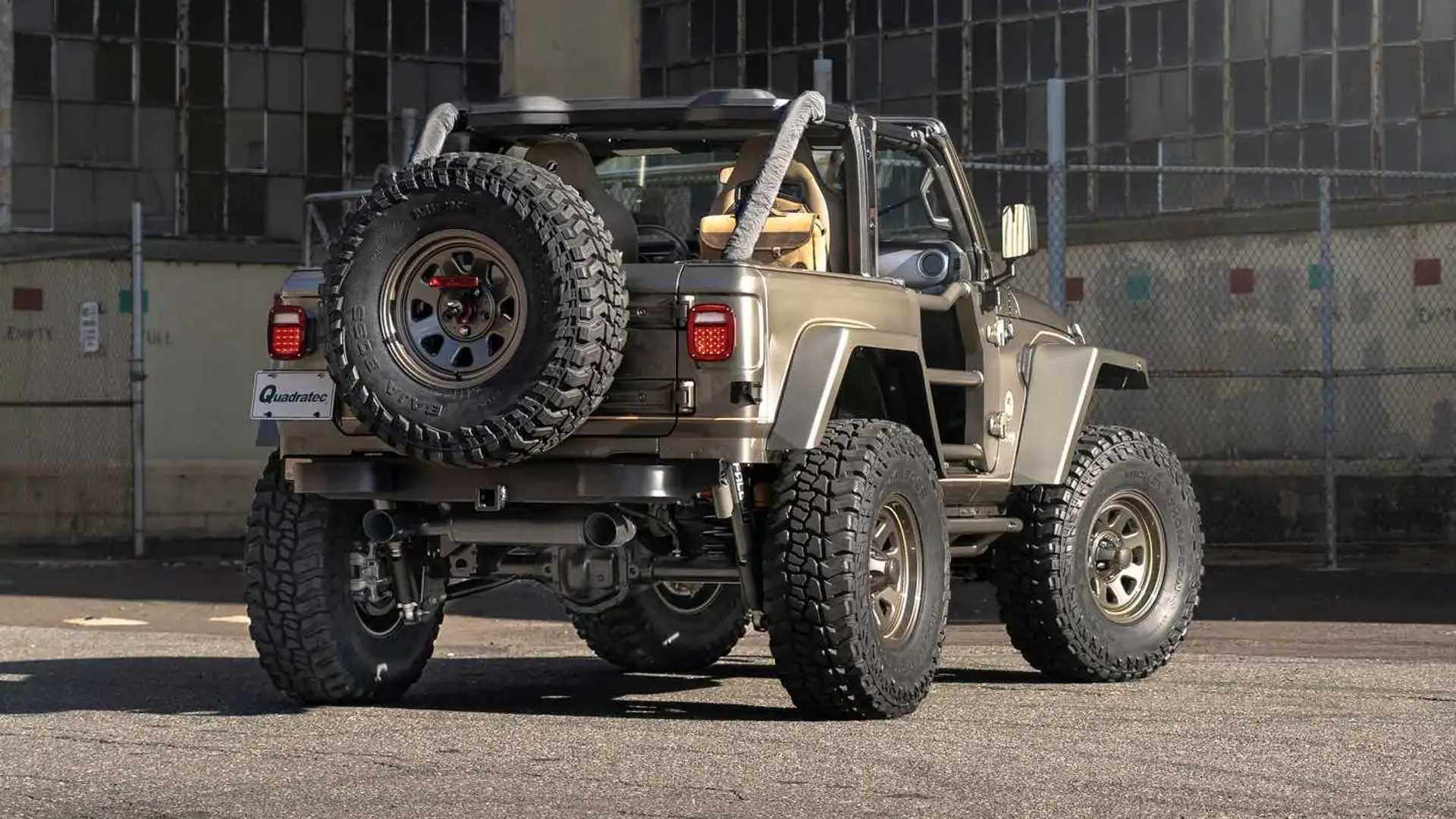 Along the side, there are tubular steps and matching metal piping for the doors. Wider fenders at both ends use 11-gauge aluminum. A removable bimini top provides some protection from the rays while still providing an open-air driving experience.

The rear has a bumper and bumperettes adapted from the YJ. A pair of high-exit exhausts poke out from the back. The taillights are similar to the ones on the first-gen Wrangler but now have LED illumination.

Inside, an Alpine infotainment system replaces the stock unit. It includes an off-road mode that can show elements like tire pressures, an inclinometer, and trail maps. In front, there are Corbeau Trailcat seats with storage bags behind them. Quadratec own all-weather mats are on the floors.

The YJL is a one-off. Judging by Quadratec’s extensive catalog of parts, if you have a large enough budget, building something similar seems possible, though.