Ever since the sport returned to action in early July 2020, with the start of that season delayed by nearly four months, procedures have had to be strictly followed.

They include the wearing of face masks, regular testing and social distancing, although restrictions on the grid pre-race are no longer as stringent as they were.

Brown thinks that following the successful vaccination programme and the way in which other sports have reverted more towards normality, F1 should follow suit in certain areas – perhaps as soon as the Italian Grand Prix weekend from September 10-12.

“It was a topic at the [Belgian Grand Prix] weekend and [F1 chief executive] Stefano [Domenicali] and the FIA acknowledge this and suggested they will come back and make some further changes. I think the sport is going to react,” Brown told Reuters.

“Now it’s been tabled and discussed and all the teams agree we need to start loosening it up, I’d like to think maybe we could get something done for Monza.” 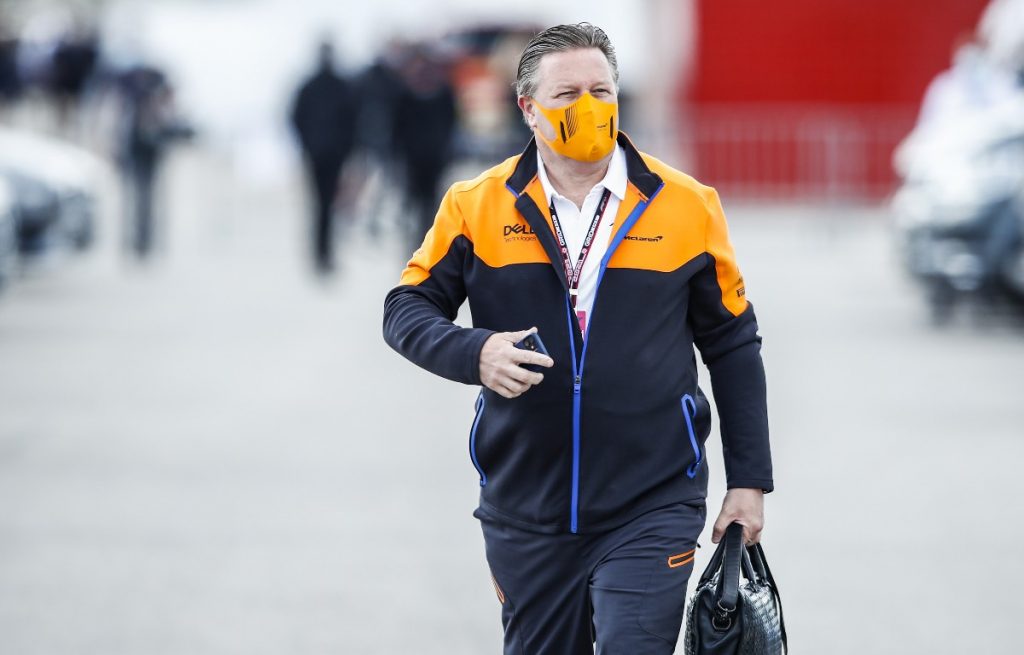 Having recovered from COVID-19, which caused him to miss the British Grand Prix in July, Brown believes Formula 1 needs to adjust to a world in which the virus can be managed if not eradicated.

“We all think this [COVID-19] will be here for a long time now, so everyone’s starting to learn how to deal with it and live with it responsibly and I think that’s what we need to do,” added the Californian.

“We still pretty much have almost the same protocols as when this was going on a year ago. It’s started to loosen up but I think we need to make sure we are taking care of our corporate partners.

Formula 1 teams are operating in a protective ‘bubble’ to reduce the risk of contagion.

They can bring key sponsors and others into the paddock inner sanctum only within their total allocation of 115 passes, and guests cannot come and go from the elite Paddock Club hospitality.

Brown said the paddock was “pretty much vaccinated” and has also questioned why vaccinated staff or a driver should still have to isolate, with a potential impact on the Championship, if a close contact tested positive when that is not government policy in some countries.

Is the Tire Compound to Blame for a Caution-Free Race at Richmond?