The Dutchman has been competing in Formula E with the Mercedes outfit, winning the Drivers’ title for the first time in 2021, but he could well now be on his way to Formula 1.

Also Mercedes’ F1 reserve driver, de Vries has been linked with Williams and Alfa Romeo for 2022.

But if de Vries was to join the Formula 1 grid, then Wolff would like to keep that Mercedes link intact.

The Austrian made it clear that he would not stand in de Vries’ way if a path into Formula 1 opened up, even though he values de Vries as an “extremely important member” of the Mercedes FE outfit.

“I admired his decision back in the day after winning the F2 title to say, ‘I want to be part of a works team, and that’s why I’m joining Mercedes in Formula E, rather than running behind the dream in Formula 1,’” Wolff told reporters ahead of the Dutch Grand Prix.

“And now the time has come that people recognise his talent and his ability, and therefore there are talks taking place.

“But for us, most important is that he stays within the family. I don’t want to really lose him at that stage for another Formula E championship, but I wouldn’t block him for Formula 1.” 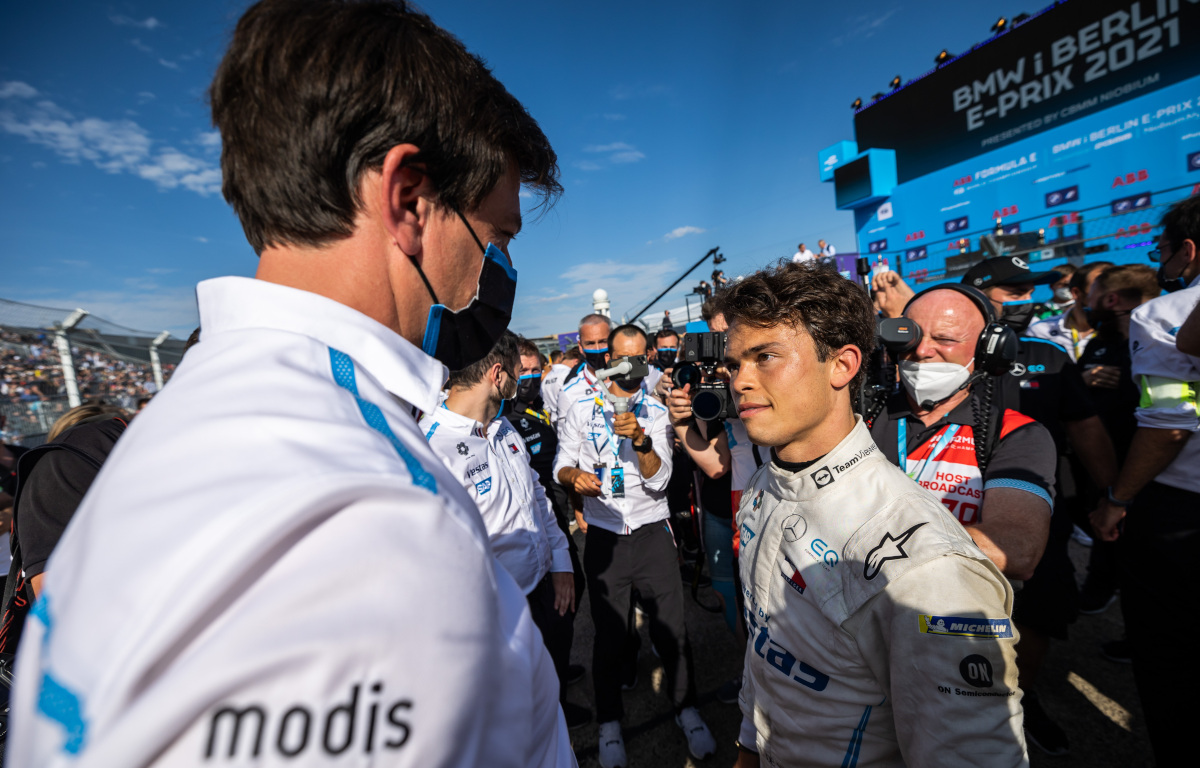 For de Vries, Formula 1 could well be the more viable long-term option with Mercedes set to pull the plug on their Formula E operations at the end of next season.

But with one more campaign to go, Wolff wants de Vries onboard as Mercedes look to leave on a high.

The Formula 1 driver market for 2022 is highly unpredictable though, and Wolff identifies Alex Albon as “the main protagonist in the moving chairs”.

Red Bull want to secure a 2022 seat for their reserve driver, and that directly impacts where de Vries could end up.

And so, Mercedes are in regular contact with Albon, asking that Red Bull release him from their programme if talks with Williams are to progress.

“Nyck has a guaranteed seat in Formula E with us,” Wolff added.

“As I said before, I wish him to be in Formula 1, but I don’t want to lose him for our Formula E campaign.”

IMSA: Mazda cutting to one car ‘has positives and negatives’