Naoki Yamamoto has conceded he simply didn’t have the “potential” to score a third straight Super Formula win at Sugo last weekend, despite his most competitive showing of the season so far.

Dandelion Racing driver Yamamoto ran as high as second in the Sugo race after a strong start from 10th on the grid, and by the time of the mid-race safety car he appeared to be in a strong position to go on the attack against race leader Ryo Hirakawa.

Instead Yamamoto would find himself powerless to resists the advances of his 2019 title rival Nick Cassidy, who ultimately went on to win, and the Honda man was forced to settle for the final step on the podium, 11 seconds adrift at the chequered flag.

Yamamoto admitted that encountering traffic in qualifying prevented him from warming up his tyres properly, but despite a charging first stint he also conceded that repeating his Sugo victories of 2018 and ’19 was never truly on the cards.

He also said that he felt his heavy usage of the Overtake System (OTS) in the first part of the race contributed to his final position, even though it left him powerless to defend against Cassidy after the safety car restart.

“In the race I could overtake some cars and we were having a very good race until the safety car came out,” said Yamamoto. “However, after the safety car, the tyres were slow to warm up and I was passed by Nick, and Hirakawa was also able to get away from me.

“In the first half of the race, I knew I had to make my way forwards, so when I passed [Tomoki] Nojiri, Nick and [Sergio] Sette Camara, I used quite a lot [of OTS] these three times.

“Therefore, by the time I tried to pass Hirakawa, I was already at less than 20 seconds [remaining]. But even if I had OTS left until the end, I think it was clear I couldn’t win.

“Considering the potential of the car and my potential, I couldn’t reach the level of Nick and Hirakawa. On the other hand, because I used the OTS well in the first half of the race, I was able to finish third, so I don’t think I used it wrongly.” 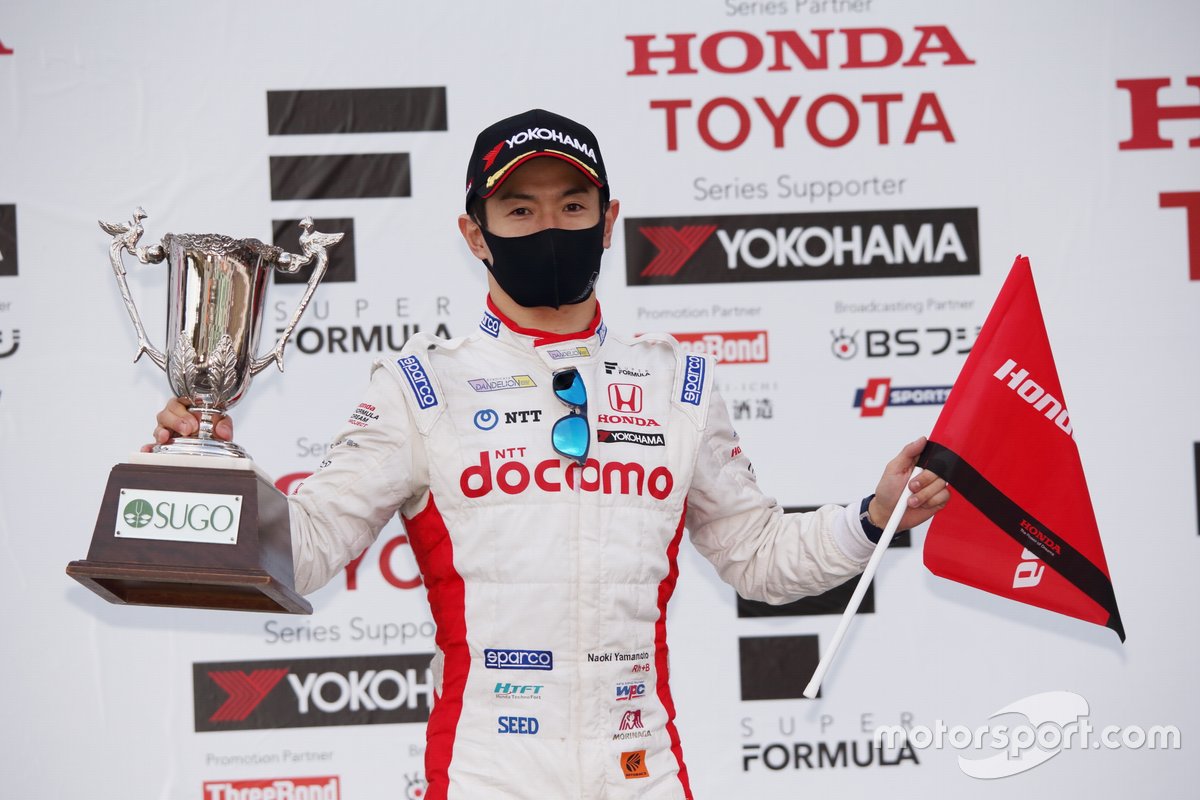 Yamamoto’s first podium finish of a so-far troubled 2020 campaign leaves him sixth in the standings, 35 points down on leader Hirakawa.

The 32-year-old said that he and his Dandelion team need to make further improvements if they are to move back into contention for the championship.

“Even if it was a race with some good parts, there are still some problems,” admitted Yamamoto. “Some of what was not working well last year we’ve been able to change this year, but the most fundamental area is still not fixed.

“I think this race will provide some hints, so I would like to discuss it thoroughly with the team and work hard to ensure we can definitely win next time at Autopolis.”

Podcast: Reviewing all the MotoGP drama from Aragon