Never has an elbow bump said so much as when Sebastian Vettel did the protocol greeting with Lawrence Stroll at Silverstone, so says Sky F1’s Ted Kravitz.

Making his way to the grid ahead of the start of Sunday’s British Grand Prix, Vettel walked past the Racing Point team owner, bumped elbows and continued on his way.

Social media had a field day with it.

Pretty sure I saw him slip Seb a note… https://t.co/z81oSiz5mn

But, according to Kravitz, fans were right to read something more than just a hello into it.

Last month it emerged that Vettel was the at the top of Racing Point’s list for 2021 drivers, Stroll wanting the German in one of his cars alongside his son, Lance Stroll.

The Canadian billionaire was reportedly set to trigger an exit clause in Sergio Perez’s contract, making a seat available for Vettel.

That announcement, the rumour mill said back in June, would come ahead of the British Grand Prix.

Perez, though, put paid to that said Kravitz.

Instead of announcing Vettel as a 2021 Aston Martin driver, Racing Point announced that Perez had tested positive for Covid-19 and would not line up for the British Grand Prix.

With Perez’s sidelined, Racing Point decided it would be bad form to announce the Mexican driver’s permanent exit, instead keeping silent on its 2021 line up.

“Did you think it was an interesting elbow bump between Sebastian Vettel and Lawrence Stroll, the owner of the Racing Point team,” said Kravitz.

“I thought it was.

“Rumour was at the beginning of the weekend that we might get an announcement that a deal had been done for Seb to join Racing Point next year on a multi-year contract when it becomes Aston Martin but then Sergio Perez’s Covid-19 positive test came through and it was clear that there wasn’t going to be any kind of announcement.

“They wouldn’t do that to Sergio.

“I think maybe the deal isn’t properly done but it does seem that we’ve had movement this weekend on that and there seems to be little doubt in this paddock right now that Sebastian Vettel will be wearing some sort of silver, pink or green, depending on who the sponsors are of Aston Martin next year.

“I know we’ve all seen it coming but that seems to be on its way to being done.” 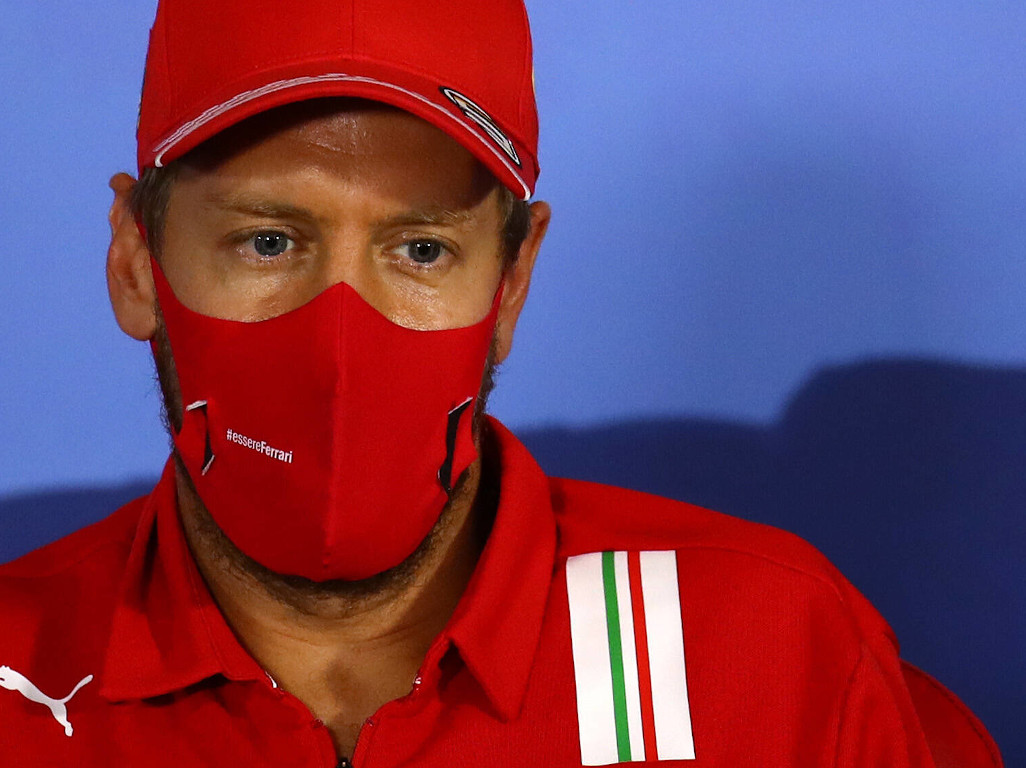 Vettel, though, has made it abundantly clear that he won’t be rushed into making a decision.

The German again told reporters ahead of the British Grand Prix that he is still weighing up his options and that it could still be a “couple of weeks” before he has something to announce.

“I would give you an answer if I really knew but at the moment I don’t and I think it’s probably realistic to be patient and wait a little bit,” he said.

“That could be a couple of weeks, that could be longer than that. Time will tell. Nothing has changed to what I mentioned in the last three weeks or prior three races.

“I’m not in a rush, I want to make sure that I make the right decision for myself and then take it from there.

“I have made it clear, given the right package, I have a lot more to give… it depends on what the options are.”

Max Verstappen: Track position 'too powerful' in these cars