Ross Brawn has expressed his relief that the decision to use the Bahrain Outer track for the Sakhir Grand Prix produced an exciting race.

With Formula 1 seeking to bolster a 2020 schedule that had been decimated by cancellations due to the global health pandemic, Bahrain was chosen to host rounds 15 and 16 of a rejigged 17-race season.

But rather than stage both races on the usual layout of the Bahrain International Circuit, something of a gamble was taken to hold the Sakhir Grand Prix on the shorter, oval-like Outer track – and it paid off big time.

Although overtaking was not easy and DRS ‘trains’ were in evidence, few fans will have ended up feeling short-changed after a race that ended with the wholly unpredictable podium of Sergio Perez, Esteban Ocon and Lance Stroll.

Brawn, F1’s motorsport managing director, certainly felt the decision had been the right one – not that he was taking credit for it. 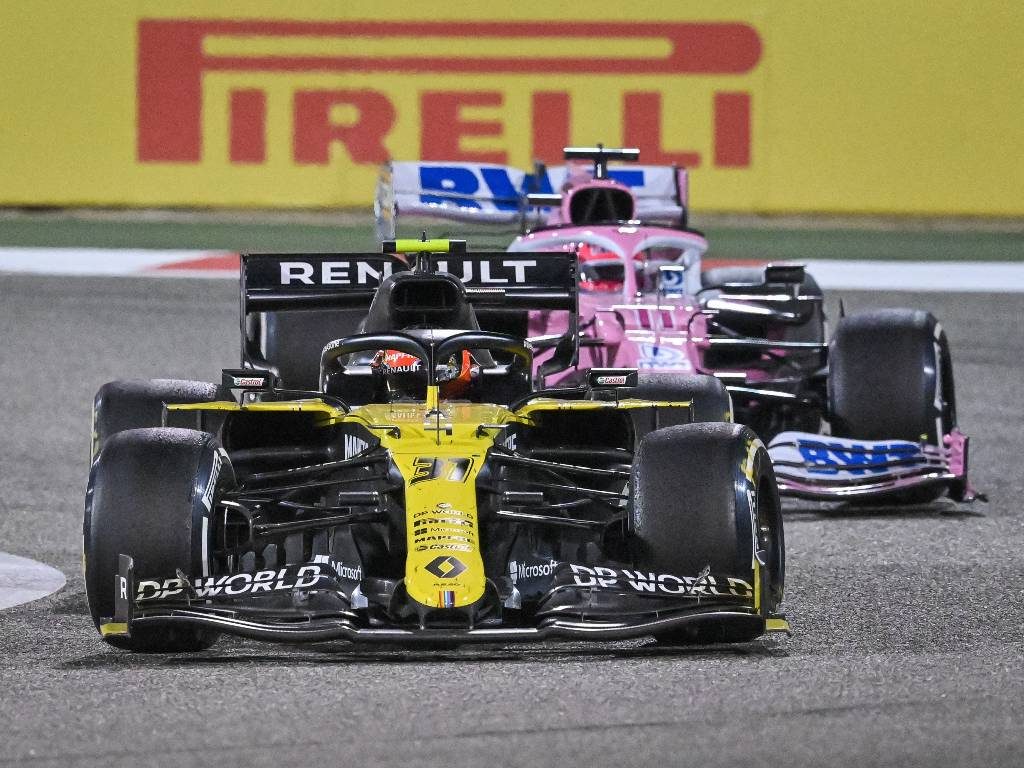 “It wasn’t my idea,” Brawn told Channel 4. “We created a department within Formula 1 to look at circuits and Craig Wilson, who is our engineer and looks at these things, came up with the idea of having this oval circuit.

“I must admit I was a bit nervous, but Craig persuaded me and it was a great day.

“I think the thing was that this time of the season you were going to get a cookie-cutter race, the second one on the same circuit. The cars are all sorted out, there’s no developments.

“Obviously we didn’t anticipate the problem with Lewis [Hamilton] but earlier in the year when we had those double-headers, I think the cars were all developing and there was enough mayhem.

“And so we called this Outer circuit, it’s worked great, lots of action, a bit of chaos. Lots of drama.

“The viewing figures this weekend have gone off the charts – fantastic.”

Asked whether it would influence tracks in the future, Brawn replied: “This is a very simple track but in fact very complicated. The bumps make it quite challenging and we saw with a simple, short track what extra dimension it can bring.

“And again that will feature in our thoughts for the future, how we should do things.

“It’s been a sensational season because considering where we were in March, I think we all came back from Australia not knowing what the future held.

“And getting this over the line – we’re almost there now – it’s been a great season, lots of action.”

Ferrari change engines on both cars after failure

NASCAR to Maintain Most COVID-19 Procedures This Season