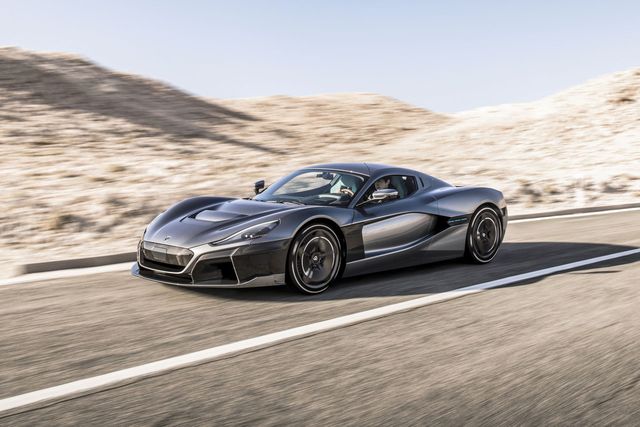 Rimac Automobili says it has opened an R&D office in the UK as it gears up to launch its C_Two electric hypercar. The office is in Warwick Enterprise Park, Warwickshire, about 95 miles Northwest of London. Rimac said the plan is to employ around 30 people by the end of 2021, adding that it could “expand significantly in the years to come” as the company progresses its product lines.

The office will collaborate with Rimac’s Croatian headquarters, taking advantage of British engineers, whom Rimac founder and CEO Mate Rimac says are among the world’s best. “While Croatia will always be our home,” he said, “we have decided to take the opportunity to gather a small team in the UK, where the automotive industry has a long history and great expertise. We are of the strong opinion that British engineers are world-class in the field of electrification and future of mobility. While we are starting with a small office, we might expand significantly in the years to come, working on Rimac’s future projects, while closely collaborating with our team of engineers, designers and technicians back in Croatia.”

Rimac says it will show the C_Two hypercar in production trim “soon.” The company plans to limit the build to 150 cars. Rimac says the car will hit 258 mph and 0-62mph in less than two seconds. The powertrain develops 1888 hp with a 120 kWh lithium battery, four electric motors, and four separate gearboxes, allowing for four-wheel drive. The C_Two succeeds the Concept One, Rimac’s first EV.

What do you think of the C_Two? Sign up for the comments and let us know.

Carlos Sainz: Upgrades put me 'on the back foot' | F1 News by PlanetF1

'Mazepin has to learn car isn't as good as Mercedes'