Was there ever an “entry-level” McLaren? Considering the modern era of McLaren Automotive started in 2010 with the MP4-12C priced at $231,400, perhaps no. So should we be outraged that McLaren’s Super Series goes away forever with the sales of the last remaining 620Rs on the market? Perhaps not. The people who buy these cars are not as concerned with the step from $200,000 to $300,000 as we might be with a price jump from $37,000 to 38k.

For the last five years McLaren Automotive has been divided up into three Series: Sport, Super, and Ultimate. While the Ultimate is for cars like the Senna LM and Elva, and the Super Series saw performers like the 720S and 765LT, the Sport Series featured more livable, almost daily drivers like the good old 570S, a car that won my own personal McLaren shootout a year ago. With the coming finish of the 620R “race car for the street,” you’ll have to reorganize your McLaren shopping lists into higher categories as the Sport Series is going away.

“As the McLaren range has matured, we’ve tailored our North American model line-up to closely match customers’ requirements, with a car suitable for every personality,” explained Tony Joseph, president, McLaren, the Americas. “Limited-numbers models with the highest levels of performance—cars like the 620R, which feels like a race car on the street or at a track day—are in demand not only because of the driving experience they offer but because they have even greater exclusivity. You can see how this has played out with the 765LT as well, with all of the available volume sold.” 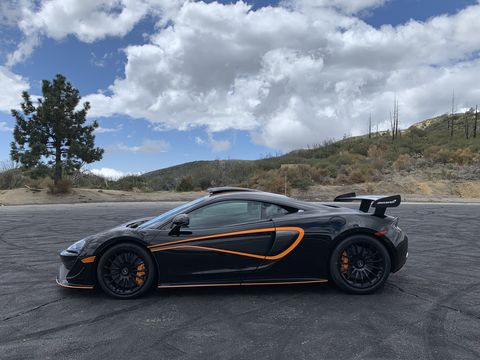 And therein lies the rub, McLaren is moving upscale because it can, and because buyers want increasingly faster and better-handling cars, even from a company that has only ever made faster and better-handling cars. While the 570S was such an easy car to drive and stickered for “just” $193,600, the least-expensive McLaren you can buy right now is the relatively comfortable GT at $210,000. After that it’s the hybrid-powered Super-Series Artura at $250,000; the 720S is right around 300 grand, the Elva sits at $1,800,000, the Senna $960,000, Senna GTR $1,800,000 and the 2021 McLaren Speedtail at $2,200,000. Most of those are long-since sold out and therefore completely out of reach, which only makes buyers want them more.

If it’s ever-more performance McLaren buyers want, they will get it with the remaining 620Rs, of which there are reportedly a few still left. I just had one for a week and it fairly well flew around every great corner I could throw it. As McLaren president Tony Joseph said, buyers want “the highest levels of performance.” In the 620R that comes with the sacrifice of any semblance of comfort, designed as it was with the racetrack in mind. For comfort and practicality there is the McLaren GT (not officially in any Series) and maybe the coming Artura, who knows? For the future, look for more performance and even higher stickers. You’ll be getting both. And saying, “Thank you sir, may I have another?”

Share your thoughts on this closing chapter in McLaren Automotive’s still-young modern era in the comments below.

Kevin Harvick: ‘Our car was plenty fast to win the race today’