Max Verstappen thinks he knows what Mercedes were up to in pre-season testing – and has not been lulled into a false sense of security.

Mercedes’ difficult three days in Bahrain was unexpected considering the ruthless efficiency with which they have won the Drivers and Constructors’ World Championships for the last seven years.

But they lost the vast majority of the first morning’s running due to a gearshift problem and the following day, the car had to be transported back to the pits when Sir Lewis Hamilton spun and beached it in the gravel.

In addition, and although times in testing are rarely representative, Mercedes appeared to lack their usual pace – especially compared to Red Bull duo Verstappen and Sergio Perez.

However, the Dutchman claims to have knowledge of the World Champions’ run programme and is not allowing himself to get too confident of repeating his dominant victory in the most recent F1 race, the Abu Dhabi Grand Prix, when the new season begins in Bahrain next week.

“We could see what they were doing on the data. They drove their first fast lap with less power. Then they drove two quiet laps, followed by a second flying lap. In that, they won half a second on engine power.” 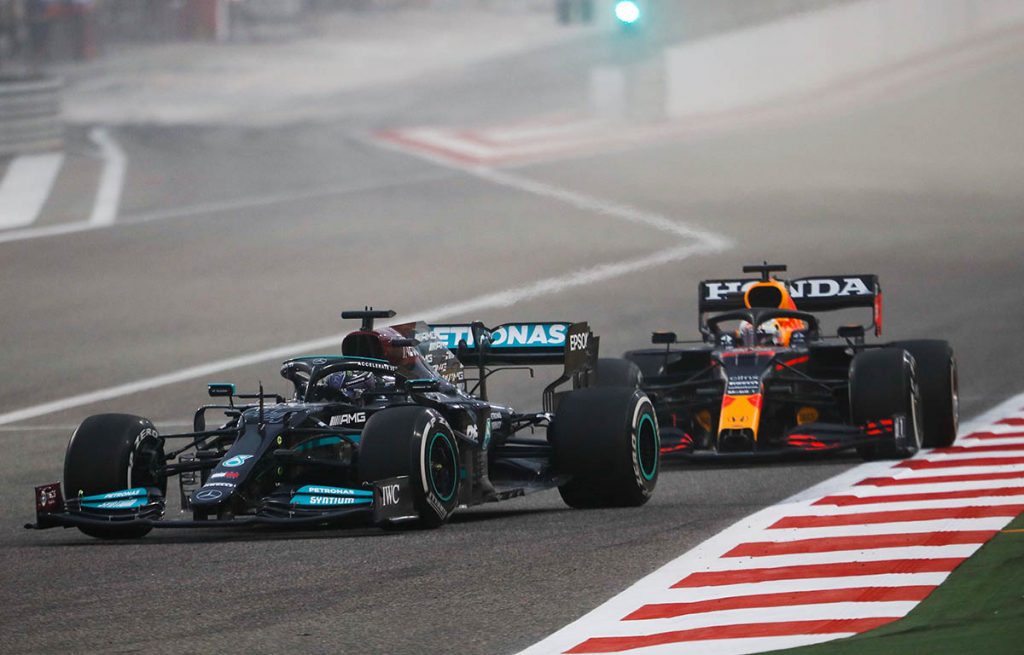 Verstappen is also not reading anything into the more significant of Hamilton’s two spins, which the seven-time World Champion admitted was down to a driving error caused by a strong gust of wind.

“The wind had turned 180 degrees from the first day and in that corner you always got a bit unsettled,” said the 23-year-old.

“We shouldn’t look too much into it. Maybe Mercedes were a bit off with the set-up on the first day, but the last day it looked much more stable. They also scheduled two filming days in Bahrain before the first grand prix.”

Verstappen also gave his take on how he perceives the order going into the curtain-raiser on March 28, believing last year’s leading three teams currently occupy those positions again – albeit he will be hoping for a reversal between the top two.

“I expect we and Mercedes will be close to each other,” he said. “Behind that it is difficult to predict, but I think McLaren are the third team.”