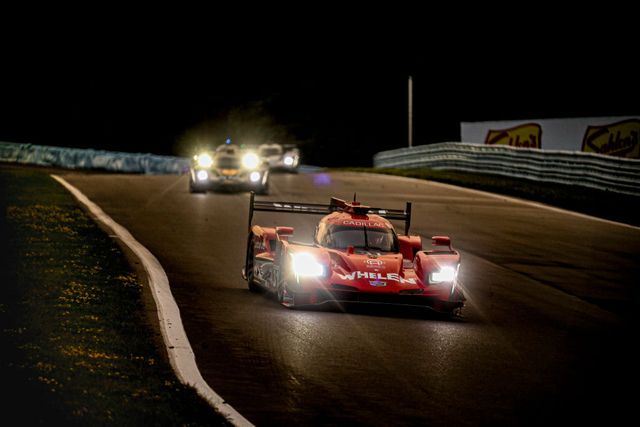 Cadillac and Dallara will run with two of the top teams—Chip Ganassi and Action Express—joining already-announced entries from Acura, BMW, Audi, and Porsche, with several other teams—including one from Lamborghini—waiting in the wings. Audi has solid plans for an LMDh car, according to published reports, but for the US market, only customer-based teams may be offered and not full factory involvement. Penske will run Porsche’s US-based teams. 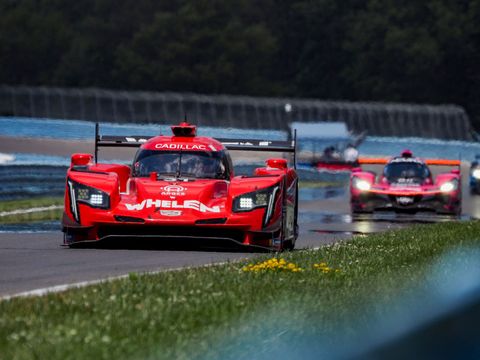 With an adjustment in GT competition—gone will be GT Daytona and GT Le Mans, replaced by GT3 teams with an emphasis on amateur drivers and professional drivers in two separate classes—Doonan is hoping that by 2024, “we’ll have 50 to 60 cars on the grid for the 24 Hours of Daytona.”

What about 2023, when the new LMDh cars debut at Daytona? “Looking in the crystal ball,” Doonan told Autoweek, “we could have 12 to 15 Prototypes.

“It’s hard to say,” Doonan said. They’ve had inquiries from LMH manufacturers too who are interested in coming over. The LMH, or Hypercars, are more technologically advanced, and faster, than the LMDh cars, and would have to be dialed back to compete on a level playing field with LMDh.

The LMDh cars are rear-drive while some LMH cars are all-wheel-drive, and the front wheels would likely have to be made free-wheeling to compete. Having the LMH cars run for a separate overall win as they did at Le Mans was discussed, but won’t happen. IMSA would have to look at the LMH aerodynamics, speed, braking and the entire acceleration profile before a standardization could be presented.

“We’d also have to look at a common tire solution,” Doonan said. “We have to have a tech solution that will get us where we need to be.” Toyota, for instance, is expected to compete in the WEC race at Sebring, “and that would give us a good read for Toyota” and the FIA and WEC rules, on a track where IMSA competes and will likely test LMDh cars. 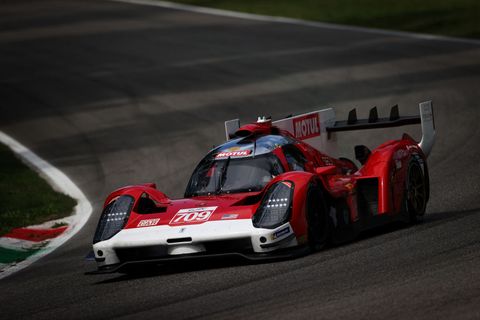 IMSA, Doonan said, already has 18 manufacturers that compete in the WeatherTech SportsCar Championship and other IMSA-run series, so it’s unlikely that number would rise much, but there are manufacturers who aren’t competing, like Jaguar, for instance, that could field an LMDh car and increase the already-impressive total. “We have stability in both the short and long term, and massive momentum to move us forward. There’s a real can-do attitude from everyone involved, both the sanctioning bodies and the manufacturers and teams.”

Helpful, he said, was the July announcement made at Le Mans that the partnership among the sanctioning bodies would be extended to the next 10 years that added to the feeling of stability—important when you are asking manufacturers and teams to spend millions on new programs.

Doonan also said a successful 24 Hours of Le Mans this year has helped all of sports car racing. The stands were limited to 50,000 fans, “but it was really nice to see a lot of fans in the grandstands. Competition felt fierce, and therefore normal.”

IMSA’s own 2021 season is winding down, with 26 entries scheduled for the race at WeatherTech Raceway at Laguna Seca next weekend, with six DPi Prototypes, four LMP2 Prototypes, three GTLM cars, and a healthy GT Daytona field of 13 for the Hyundai Monterey Sports Car Championship. The 2021 season concludes with the Motul Petit Le Mans at Michelin Raceway at Road Atlanta on November 11-13.

“Growing up,” said Doonan, “I thought the heyday was in the mid-1980s,” with great competition and full fields. “But I think we’re on the eve of seeing competition that will bring a new heyday to sports car racing.”

Share your thoughts on IMSA, the state of sports car racing, and the importance of Le Mans in the comments below.

F1 boss: Hamilton's not saying if he'll sign or not | F1 News by PlanetF1