Dr Helmut Marko says Red Bull junior driver Jehan Daruvala will not be guaranteed an F1 seat even if he wins this year’s Formula 2 Championship.

Daruvala, 22, is among the leading contenders to follow Mick Schumacher as F2 title-holder, although Red Bull also have Liam Lawson from their driver development programme – which is headed up by Marko – in the early reckoning.

After the first of eight rounds in the series, all of which comprise three races, Lawson is second in the standings behind Renault academy prospect Guanyu Zhou with Daruvala two points further behind in third.

The Red Bull duo fought out the opening race in Bahrain as the New Zealander, driving for Hitech, held off Daruvala, of the Carlin team, after the Indian had closed up to him but was unable to find a way past.

Marko was a driving force in Yuki Tsunoda’s rapid promotion to F1 after just a single season in Formula 2, but insists there is no certainty the Japanese rookie’s former team-mate Daruvala will follow suit even if he secures the championship crown. 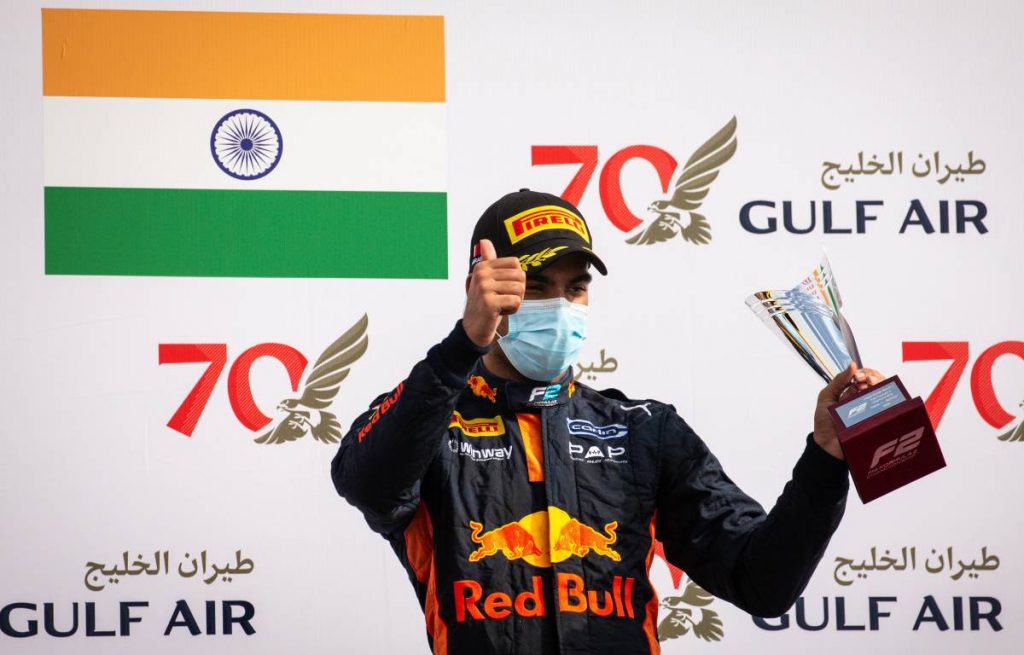 “The aim has to be to win the title but he doesn’t automatically get a Formula 1 seat by doing that,” the 77-year-old Austrian told the Press Trust of India about Daruvala.

“It’s just one round [so far]. It’s far too early to say at this stage. Everything is related to performance.

“We wouldn’t have picked him if we didn’t think he had the potential to reach Formula 1.

“But potential doesn’t mean he will make it. I don’t want to be over-enthusiastic. Just give him time, if he produces top-class performances we will see. Let’s see what reality brings.

Nevertheless, with Sergio Perez only on a one-year contract with Red Bull, and Tsunoda rumoured to be a possibility to replace him if he shines this season, a vacancy at AlphaTauri could emerge – especially with doubts over the futures over Alex Albon and Pierre Gasly, the latter having been linked with a move elsewhere.

“Performance is the key to development as a Red Bull driver,” added Marko. “It’s unfair to be talking about a Formula 1 seat at this stage.

“There are other young drivers also and two Red Bull drivers also (Lawson and Juri Vips). We will see who are the ones succeeding.”