After being hit at the rear by Sebastian Vettel, Esteban Ocon has confirmed the German came to apologise to him at the end of the race.

Ocon had a frustrating start to the weekend, not making it out of Q1, which was partly put down to the yellow flags for Nikita Mazepin’s spin which prevented drivers putting in any late flying laps.

In the race itself, the Frenchman was being outperformed by his new team-mate Fernando Alonso until he was forced to retire, and at one point it looked as though Ocon could maybe make a late dart for a points position.

But the hopes of that pretty much ended when Vettel locked up after Ocon had overtaken him heading into Turn 1 on Lap 45, causing the German to bump into the back of the Alpine driver and both cars ended up spinning.

As quoted by Motorsport.com, Ocon revealed: “Seb came to apologise after the race. We all make mistakes, and it happens sometimes.”

Meanwhile, Vettel, who had a very difficult start to life with Aston Martin given his grid penalty and five penalty points, admitted responsibility for the collision.

“I thought he would stay on the right and then when he moved to the left,” said Vettel.

“He was right in front of me and I locked the wheels, so it was probably my fault. I’ve spoken to him directly and I think we agree that there’s not much to discuss.” 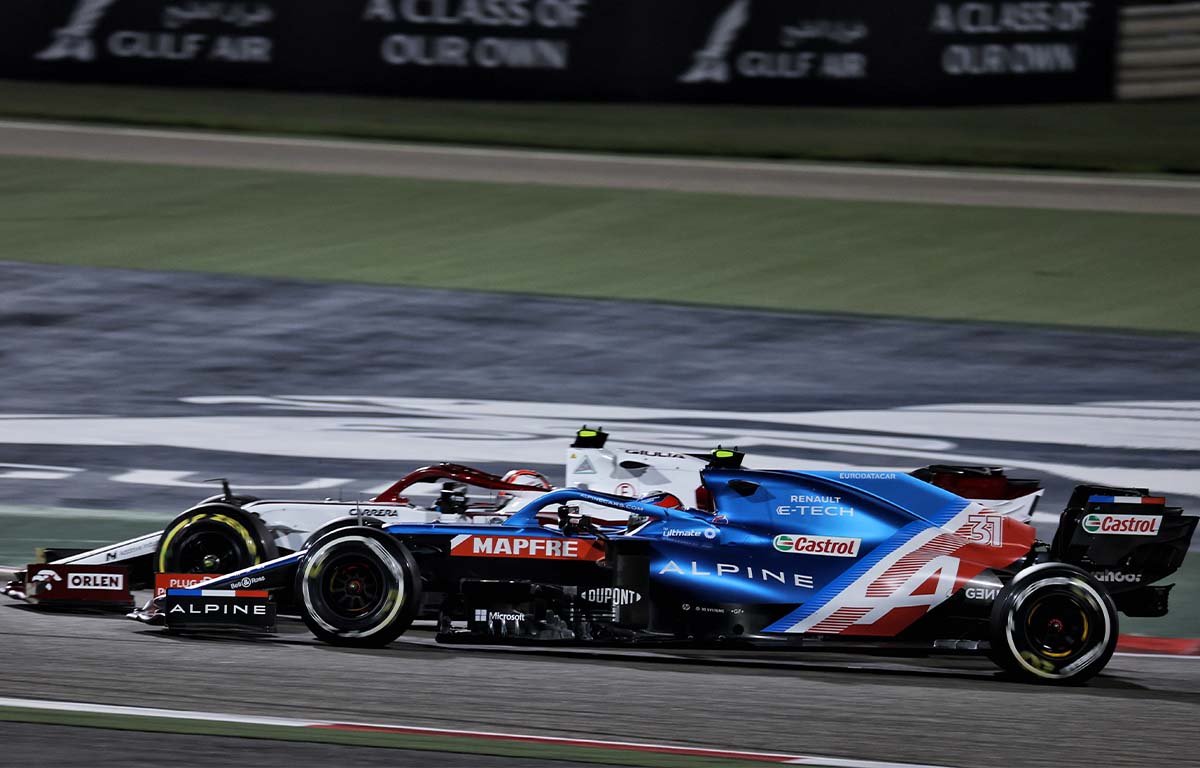 Despite that incident, Ocon enjoyed himself on the opening race weekend of the season in Bahrain, saying he drove with a smile on his face.

Speaking to Canal+, he said: “Apparently, I heard that you didn’t see on TV a lot of the overtaking we did. All I did was fight during the race. It was really nice.

“It was a race where I really had a smile on my face because we had a great fight with [Yuki] Tsunoda for half the race, but also with [Antonio] Giovinazzi.”

Alpine may have made it through the opening race without any points, but Ocon is confident his team can push for them this season, but acknowledges there are changes to be made if they are to challenge their midfield competitors.

“Before the incident we were up,” he added. “Inevitably, Saturday’s qualifying penalised us.

“If we had started 16th, we would have finished 12th or 11th, close to the points. In the race we did the best we could. Our pace was pretty good, so it was really qualifying that penalised us.

“But I take quite a few positives out of it. I was happy with the race even though we are out of the points. There are still a lot of things we need to work on.

“When you see the AlphaTauri, how fast it can take certain corners, its trajectories, it’s quite impressive. So yes, there are still things to work on and improve this year.”

Ricciardo: Like to try to hurt Hamilton as a team-mate | F1 News by PlanetF1