In a recent study published in the journal eBioMedicine, researchers assessed the association between hydration and aging.

A few individuals age more rapidly than others, and while some may age without any diseases, some develop chronic diseases associated with aging. Strategies and measures to retard aging processes could improve the quality of life of individuals. For example, zocor h studies have reported that reduced hydration activates degenerative mechanisms and reduces lifespan in mice.

“The results suggest that proper hydration may slow down aging and prolong a disease-free life,” said Natalia Dmitrieva, Ph.D., a study author and researcher in the Laboratory of Cardiovascular Regenerative Medicine at the National Heart, Lung, and Blood Institute (NHLBI). 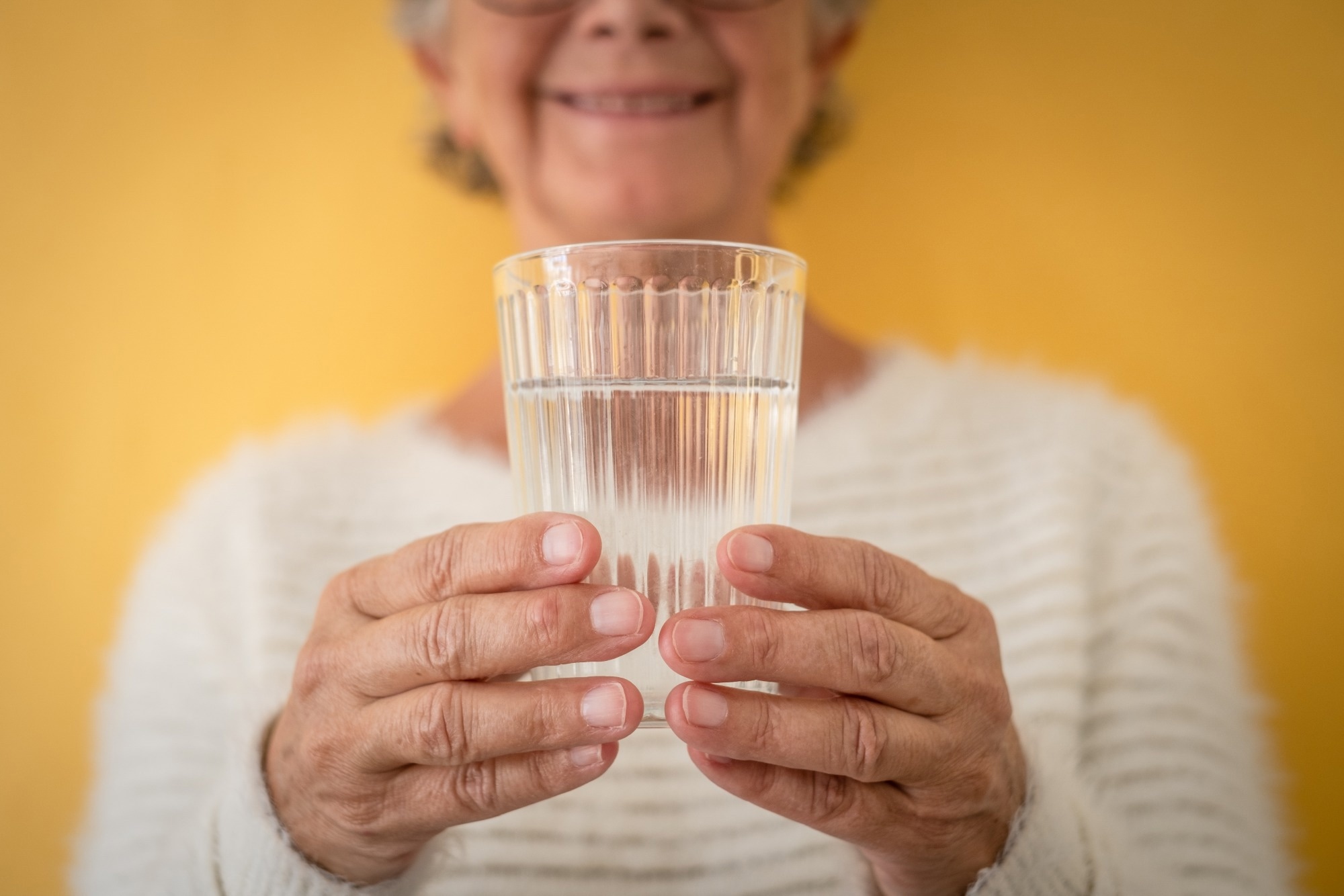 In the present study, researchers investigated whether lower hydration levels are associated with accelerated aging.

Data were obtained from the ARIC (atherosclerosis risk in communities) study cohort of middle-aged individuals (n=15,752, aged 45.0 years to 66.0 years) who were followed up for 25 years and from Bio-LINCC (national heart, lung and blood institute biologic specimen and data repository information coordinating center). Blood was drawn from the participants, and serological sodium levels were measured to represent hydration. The outcome variables were chronic disease development and any-cause death, and serum sodium level was the exposure variable.

Cox proportional hazards modeling was performed to test the association between serum sodium levels and mortality and chronic diseases and that of BA with the two outcome variables. Hazard ratios (HR) were calculated, adjusting for sex, race, and smoking status. Cross-sectional multivariable logistic regression modeling was performed to assess the association between serum sodium level and biological age. The team excluded individuals with blood glucose levels >140 mg/dL and mean BMI (body mass index) values >35 at the first and subsequent visits.

Compilation of the top interviews, articles, and news in the last year.
Download a free copy

At baseline, the sample population comprised 11,255 individuals aged 57 years on average, of whom 53% were female, and 80% were Whites. At the fifth visit, the mean participant age was 76 years, 56% were female, and 82% were Whites. The fifth visit cohort comprised fewer smokers and more hypertensive individuals. Middle-age serological sodium level >142.0 mmol/l was linked to a 39% greater risk of developing chronic disorders (HR 1.4), and levels >144.0 mmol/l were linked to a 21% greater risk of early death (HR 1.2).

Analyzing 70-year to 90-year-olds attending the fifth visit evaluation demonstrated that individuals with greater BA than chronological age (Q3 and Q4 group individuals) had ≤44% greater risk of chronic disease development than Q1 group individuals. The odds of greater BA than chronological age were higher by 10% to 15% among individuals with serological sodium levels >142 mmol/l and by 50% for levels >144 mmol/l than those with serological sodium levels of 137 to 142 mmol/l. In the literature search, many observational studies reported the associations of hydration markers with the risk of developing HF, metabolic diseases, and death.

Overall, the study findings showed that reduced hydration could accelerate aging. Individuals with middle-aged serological sodium levels exceeding 142 mmol/l were at a greater risk of being biologically older, developing chronic disorders, and dying at a lower age.

Dr. based clinical-radiological diagnosis and management of oral lesions and conditions and associated maxillofacial disorders.