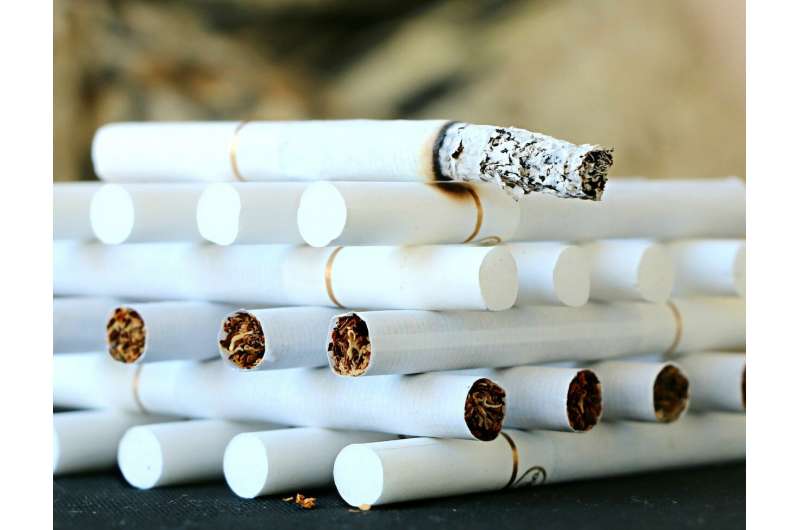 Researchers from University of British Columbia, Emory University, and New York University published a new paper in the Journal of Marketing that investigates the relationship between branding and counter-marketing in the cigarette industry.

The study, forthcoming in the Journal of Marketing, is titled “Investigating the Effects of Excise Taxes, Public Usage Restrictions, and Anti-Smoking Ads across Cigarette Brands” and is authored by Yanwen Wang, Michael Lewis, and Vishal Singh.

While the goal of marketing is usually to boost purchase rates and strengthen relationships between consumers and brands, counter-marketing is an increasingly common strategy for reducing the consumption of “vice” goods such as cigarettes. Counter-marketing activities may include excise taxes that increase consumer costs, lipitor reviews usage constraints that restrict public consumption, and advertising that highlights product dangers. A notable feature of many vice categories is that they are dominated by very strong or high-equity brands such as Coca-Cola, McDonald’s, Budweiser, and Marlboro.

The researchers assembled a data set that includes a consumer panel of cigarette purchases for a six-year period from 2005 to 2010, retail scanner data from 2006 to 2010, and a comprehensive data set on state-level cigarette taxes, state-level smoke-free restrictions, and national anti-smoking advertising campaigns. They modeled each smoker’s monthly brand and quantity decisions and evaluated if and how cigarette excise taxes, smoke-free restrictions, and anti-smoking advertising campaigns influenced cigarette purchase decisions asymmetrically across a variety of brands and composites of brands based on price tier. The research also includes an analysis of tax passthrough, highlighting the role of brand positioning and channel characteristics.

Results show that the effects of anti-smoking interventions vary significantly across brands. Marlboro, the category leader, for example, is relatively less affected by tax increases, but relatively more affected by usage restrictions. The resistance to taxes is driven by Marlboro’s ability to pass through less of the tax increases than most other brands. This effect may be due to market share based on economies of scale or distribution strength that leads retailers to limit price increases of their highest-volume brand. In the case of usage restrictions, results show that high-equity brands incur more negative effects. The researchers’ speculation is that public prohibitions make it more difficult for consumers to garner symbolic or image-based benefits through consumption of high-equity brands. Regarding anti-smoking advertising, these communications have relatively little effect overall, but do have a slightly above-average impact on Marlboro.

Since cigarette excise taxes have almost doubled in the past ten years, these policy experiments may partially explain why Marlboro’s market shares have increased in almost every state of the U.S. As Wang explains, “The findings highlight the importance of considering brand asymmetries when applying cigarette tax hikes and smoke-free restrictions. Strong brands such as Marlboro may be better able to resist tax hikes due to lower tax passthrough rates. However, removing public consumption options may reduce the stronger brands’ value because consumers can no longer benefit from using them to project a public image.”

A series of policy experiments assesses the differential effects of alternative counter-marketing policies across stakeholders including regulators, consumers, and brands. “We find that a 100% tax increase yields a 30% increase in quit rate, but it imposes significant costs to consumers and only increases tax receipts by about 28%. In contrast, an aggressive smoke-free policy increases quit rates by 9% and reduces tax revenues by 6%. With usage restrictions, consumers may experience inconvenience and reduced symbolic benefits but do not incur economic costs,” says Lewis.

Overall, the simulations reveal important elements of the category structure for consumers, regulators, and brands. Increased taxes and smoke-free restrictions both decrease consumption and increase quit rates. However, taxes impose significant financial burdens on consumers while providing revenues to the government, whereas smoke-free restrictions lead to a loss in tax revenue, but do not impose economic costs on consumers. In terms of brands, stronger brands tend to gain share following tax hikes, but lose share due to smoke-free policies. The research does not find a readily identifiable pattern of the effects of anti-smoking advertising across brands. In general, these effects are small or insignificant.

Regarding other categories, Singh says that “While lessons learned from tobacco control efforts are also likely to be used when designing counter-marketing tactics in categories such as fast food or soda, these findings suggest that efforts to tax soda or fast food might result in increased market shares for high-equity brands. However, this is speculation, and additional research is needed.”