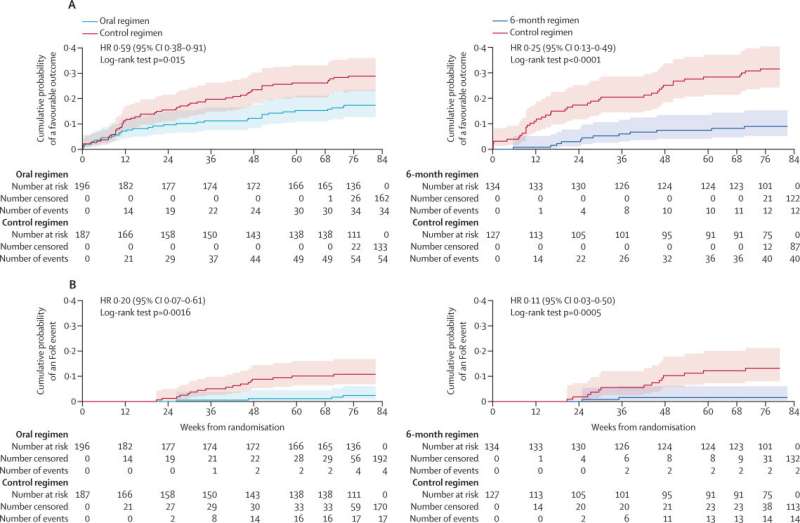 Two treatment regimens for multidrug-resistant tuberculosis (TB), containing the first new drug to have been discovered for the disease in 40 years, are more effective than a previously recommended treatment, according to results from a global trial led by UCL researchers.

The study, published by The Lancet, found that a six-month treatment regimen including injections and a nine-month regimen taken only in tablets, both of which used the new drug bedaquiline, were more effective than a nine-month regimen that until two years ago was regarded as the best standard of care.

The findings are the latest results from the STREAM randomized clinical trial—the world’s largest clinical trial for multidrug-resistant TB, involving 1, can you get oral prednisone at canada pharmacies without a script 000 patients in eight countries. This stage of the trial, which is sponsored by Vital Strategies, was conducted in Ethiopia, Georgia, India, Moldova, Mongolia, South Africa and Uganda.

Worldwide cases of TB and multidrug-resistant TB increased in 2021, coinciding with disruption caused by the COVID-19 pandemic, ending many years where the disease was in decline.

Professor Sarah Meredith (MRC Clinical Trials Unit at UCL), co-chief investigator and medical lead for STREAM, said, “There is an urgent need for effective, short, and easy-to-administer treatment regimens for multidrug-resistant TB. Evidence from 2018 shows only 59% of people with the condition completed their treatment successfully. Our results provide high-quality evidence to guide decision-makers about optimal TB treatment regimens.”

Professor Andrew Nunn (MRC Clinical Trials Unit at UCL), co-chief investigator of the trial, added, “It is particularly encouraging to note that the findings in the fully-oral and six-month regimens are significantly better not only in the combined outcome measure, but also in the TB-associated outcomes, namely significantly fewer failures and relapses.”

The new results strengthen the evidence-base for treatment guidelines that have been based in large part on observational and non-randomized clinical trial data.

The six-month regimen—which contained bedaquiline and an injectable medicine for two months—was also more effective than the control regimen; 91.0% of participants receiving the six-month regimen had a favorable outcome compared to 68.5% in controls.

“WHO is committed to providing the most up-to-date recommendations to support shorter, more tolerable multidrug-resistant TB treatments to improve the quality of life for millions who suffer from TB worldwide. The results from this trial support the current WHO recommendation on the nine-month regimen for treatment of drug-resistant TB.”

The global threat of TB has been exacerbated by the COVID-19 pandemic. The recently released WHO Global Tuberculosis Report 2022 highlighted that an estimated 10.6 million people fell ill with TB worldwide in 2021, representing an increase of 4.5% from 2020. The estimated number of new cases of multidrug-resistant TB also increased by 3.1% during the same period, as access to health services and optimal TB diagnosis and management has been severely impacted by the pandemic.

The latest research builds on the findings from Stage 1 of the STREAM trial, which demonstrated that a nine-month regimen (that contained injections but did not contain bedaquiline) was as effective as the 20-24 month regimen recommended in the 2011 WHO guidelines at the time the trial began—a treatment regimen that typically included 7,200 pills and 240 injections.

The latest findings were shared at The Union World Conference on Lung Health, hosted virtually from November 8-11.