Several times a month, Jim Maybach drives 5 miles from his house in Hay Creek, Minnesota, how long does it take for one dose diflucan to work toward the Mississippi River.

When he reaches Red Wing, a city of nearly 17,000 people, the 79-year-old retired engineer stops to pick up a senior whom he then delivers to an appointment, such as a dentist visit or an exercise class. When the appointment ends, Maybach is there to drive the person home.

It’s a route and routine he repeats a handful of times each month.

Maybach is unpaid, a volunteer among a cadre organized by Faith in Action in Red Wing, a nonprofit that relies on retirees to ferry residents to essential services.

The riders, mostly seniors, are people who don’t have immediate access to transportation, especially in rural areas where public transit options are either limited or nonexistent.

There are several such programs serving rural counties in Minnesota, but, as with other services across the country, their existence has become precarious because the number of volunteer drivers has steadily declined, according to transportation advocates. Volunteers either get to a point where, because of age, they can no longer drive, or the costs associated with their volunteerism are no longer sustainable. For decades, Congress has refused to increase the rate at which the drivers’ expenses can be reimbursed.

Experts say that with public transit in rural areas already insufficient and the long distances that residents in rural communities must travel to access health care, a decimated volunteer driver network would leave seniors with even fewer transportation options and could interrupt their health management. Already, social service organizations that rely on volunteers have begun to restrict their service options and deny ride requests when drivers aren’t available. 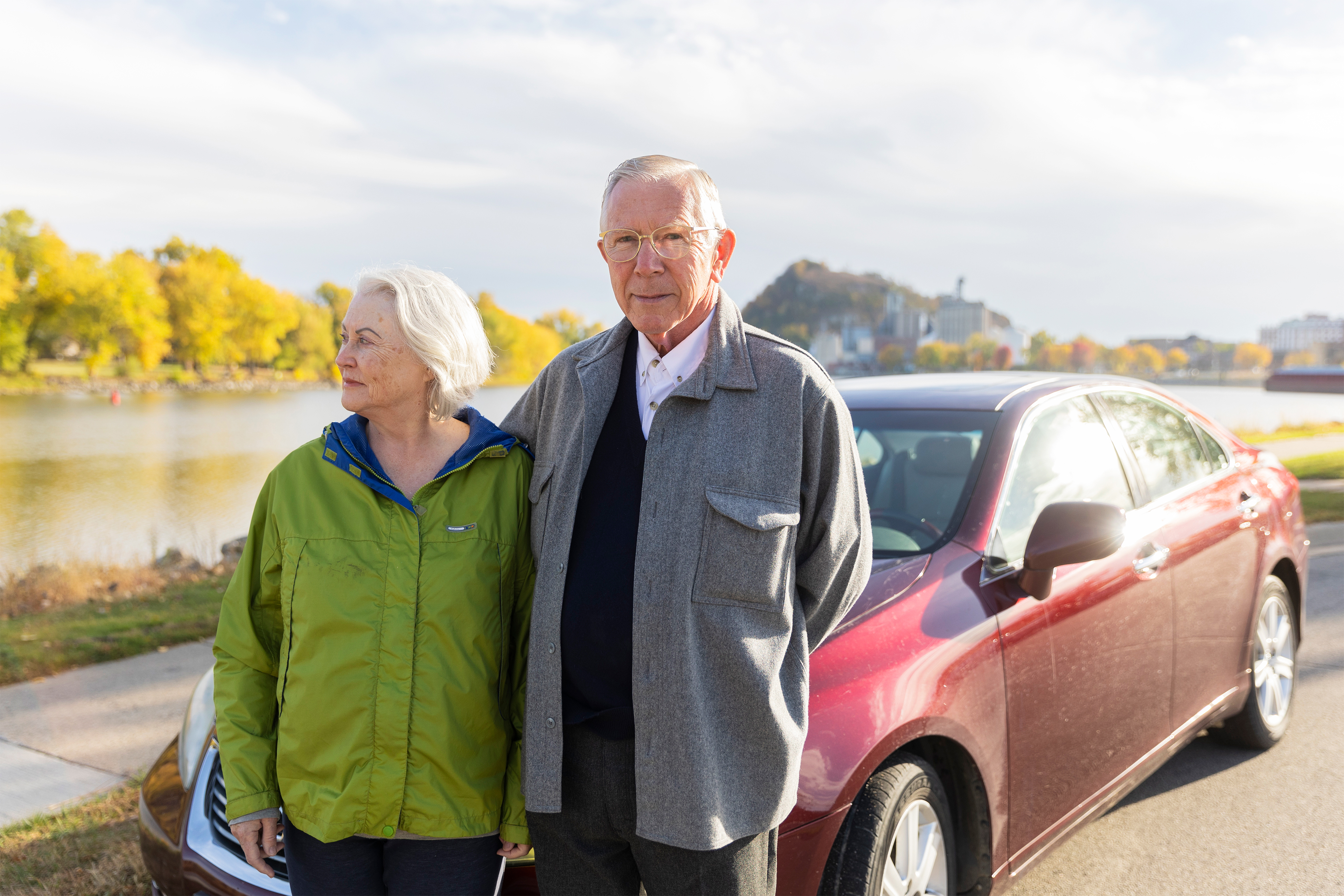 Recognizing the need for drivers in their community is often what got volunteers to sign up in the first place, but as car insurance and gas costs increase, the commitment is not “the attractive win-win that it once was,” said Frank Douma, director of state and local policy and outreach for the Institute for Urban and Regional Infrastructure Finance at the University of Minnesota’s Humphrey School of Public Affairs.

Despite the long-standing charitable rate, United Community Action Partnership, a nonprofit that runs a volunteer driving program in southwestern Minnesota, had for years been reimbursing drivers using the business rate. The program’s administrators didn’t realize the IRS could count volunteers’ reimbursements that exceed the charitable rate as income.

The organization experienced its “first major drop” in the number of volunteer drivers before the covid-19 pandemic, after it found out about the IRS rule and told volunteers about the tax implications of higher reimbursement rates, said Shelly Pflaum, the driving program’s administrator.

And although the nonprofit continued to reimburse at the business rate, the remaining drivers were frustrated that as gas prices spiked in the spring, the rate remained only 58.5 cents per mile, which did not cover the cost of gas or maintenance.

“When you’re paying nearly five dollars for gas, it is no longer helping,” Pflaum said. “So, there were some concerns: ‘With what I’m spending to drive my vehicle, this is no longer reasonable for me — I can’t afford to volunteer’ essentially is what it was coming down to.”

The IRS business rate bump in June was enough to convince most drivers to stay, but Pflaum said she lost a volunteer who had been driving for nearly 20 years. 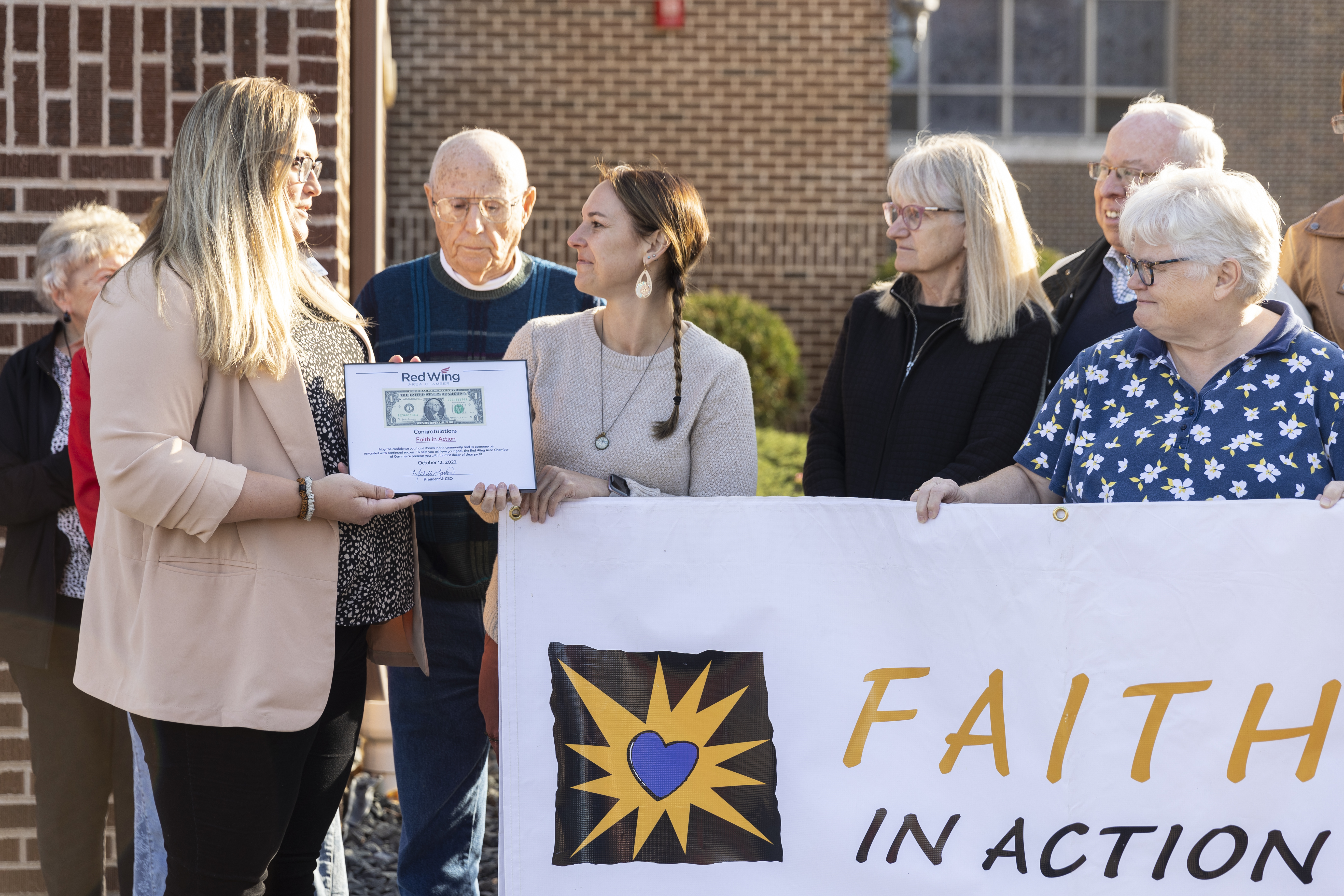 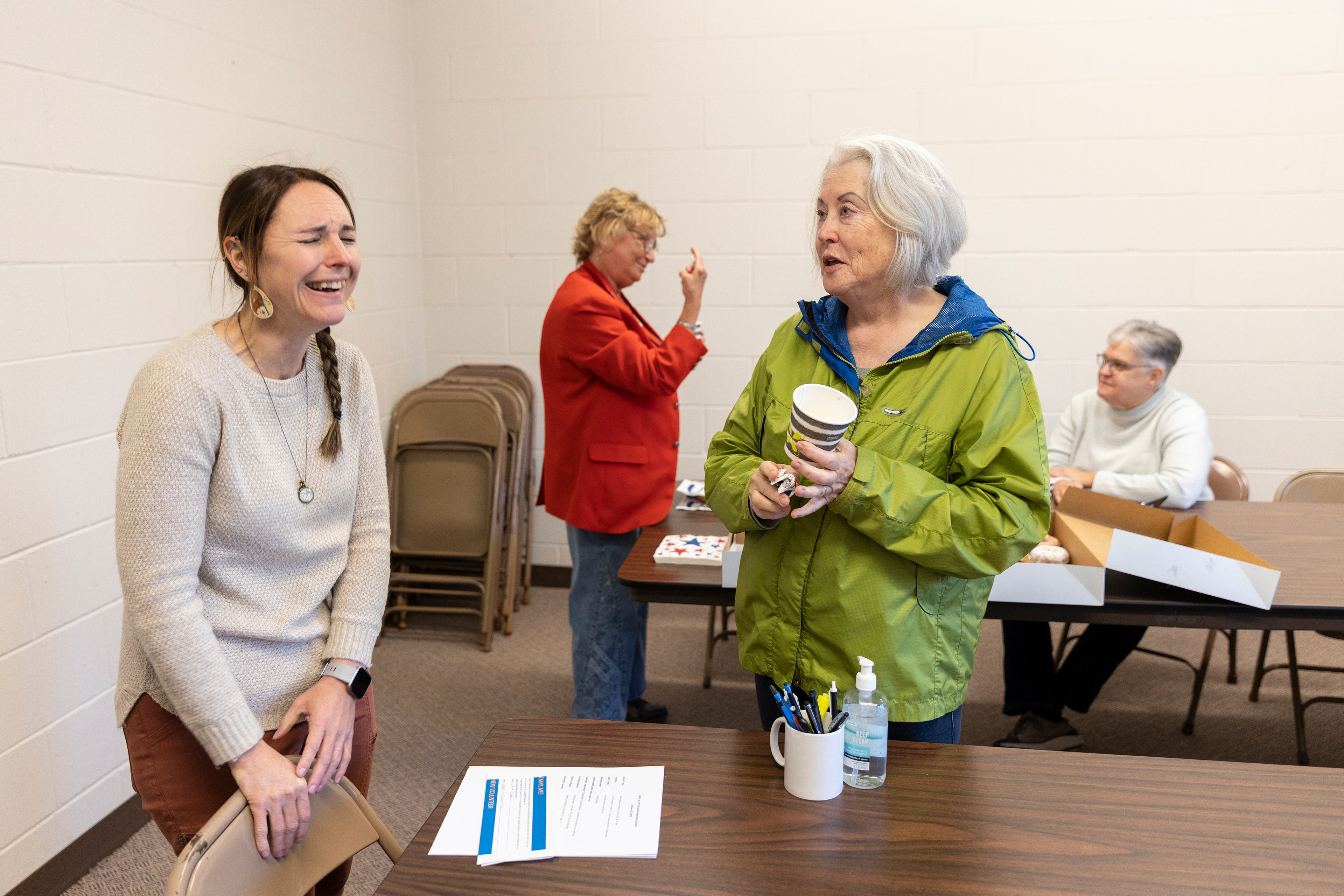 The issue of unequal rates has gained bipartisan attention in Congress, with the introduction of two bills — both sponsored by Minnesota representatives who propose increasing the charitable mileage reimbursement rate to the business rate. Similar proposals have been made in Congress before and failed.

According to 2018 research by the Volunteer Driver Coalition, Minnesota had 1,900 volunteers that year who collectively served 77,000 riders.

One persistent hurdle that volunteers face is convincing their auto insurers that they are, in fact, volunteers and not drivers-for-hire like Lyft or Uber drivers. Otherwise, the insurers could require them to buy more expensive insurance meant for commercial ride-hailing drivers.

An AARP Public Policy Institute analysis found that, as of September 2020, seven states had implemented laws barring insurance providers from denying or canceling insurance or increasing rates because the driver is a volunteer. Only two states had differentiated for-hire drivers from volunteers in insurance statutes at that time.

In southeastern Minnesota, the driver shortage prompted a program at the nonprofit Semcac to cut back on the types of rides it offers. It limits users to two nonmedical trips per month.

“We would allow more if we had the drivers to do those, but we don’t want to take the drivers on nonmedical rides and then somebody doesn’t get to their doctor appointment,” said Jessica Schwering, operations manager at Semcac. “There’s way more of a need than what we can provide for, and it’s only getting worse.”

If Semcac cannot arrange a driver for a community member in need of a ride, the person must look for an alternative, such as a ride from a family member, or have their health insurance provider find one. Semcac has partnered with certain insurance providers to get their clients to medical and dental appointments. Not all volunteer driver programs have this structure.

Schwering manages 53 drivers spread across six rural counties. About half of them are in Winona County, a nearly 650-square-mile swath southeast of Minneapolis along the Mississippi River. She estimates that the average driver is 80 years old.

Schwering said volunteers who stop driving for her nonprofit most often cite medical reasons, such as not getting cleared by their doctor.

Douma, from the University of Minnesota, said the average age of volunteers is also a factor in the decline. “When the baby boomers were retiring, they were driving people from the Silent Generation and the Greatest Generation, who were less numerous than baby boomers, so you had more people available to do the driving for fewer people,” he said. “But now that the baby boomers are aging, those who may be most eligible to drive them are Gen X — and that’s a much smaller generation.” 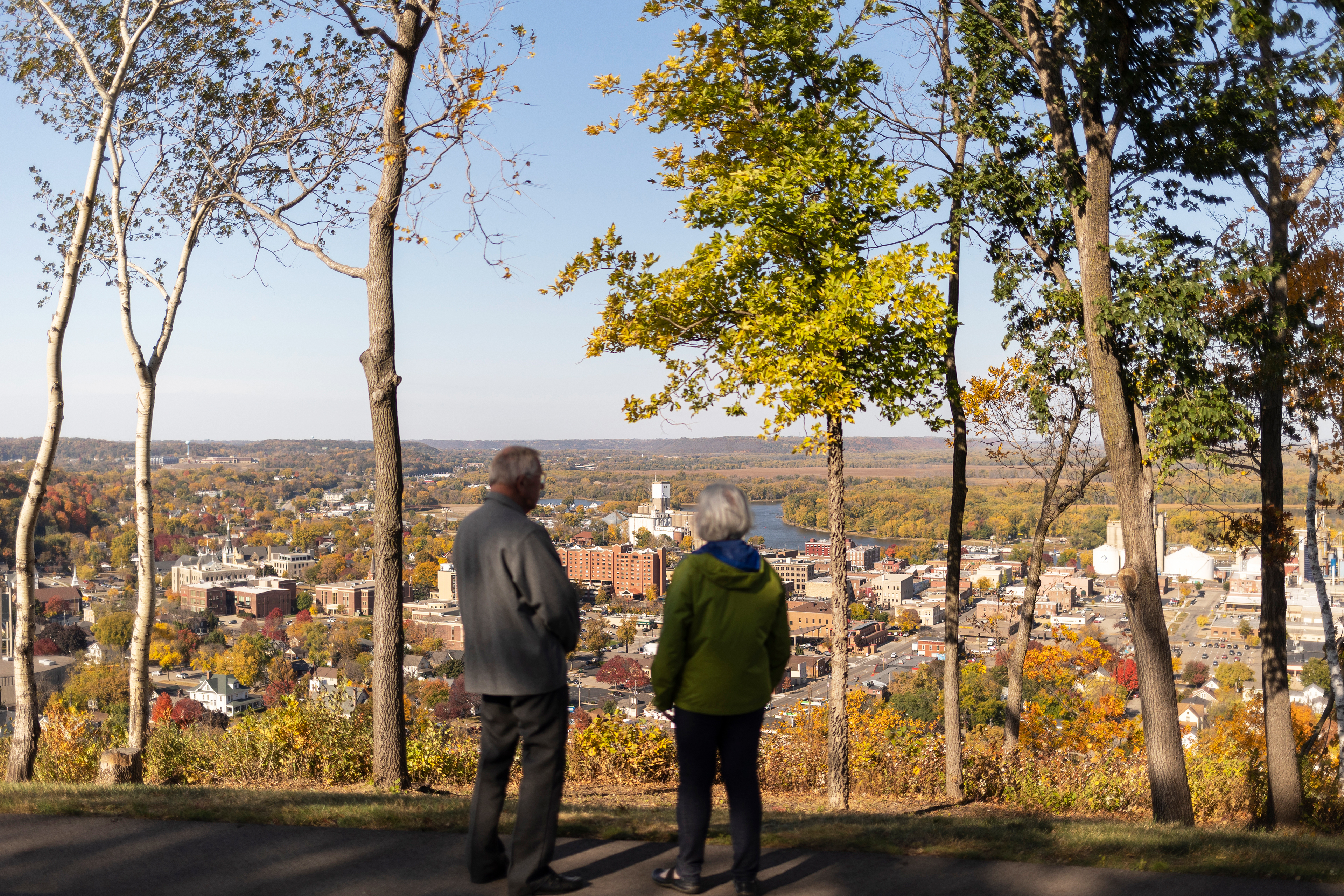 Jim Maybach started driving for Faith in Action after retiring in 2011. Six years later, his wife, Judie, now 78, joined him after she retired from nursing. They have trouble imagining stopping anytime soon.

Still, their volunteer program has begun planning a new recruitment strategy to bring in a much younger base, stay-at-home parents.

“We were just trying to think, ‘Well, who else can we get?’” said Katherine Bonine, executive director of Faith in Action. “Because when we have our senior citizens, we’ve had some transfer from being a volunteer into a recipient as they grow older and their driving capabilities change.”