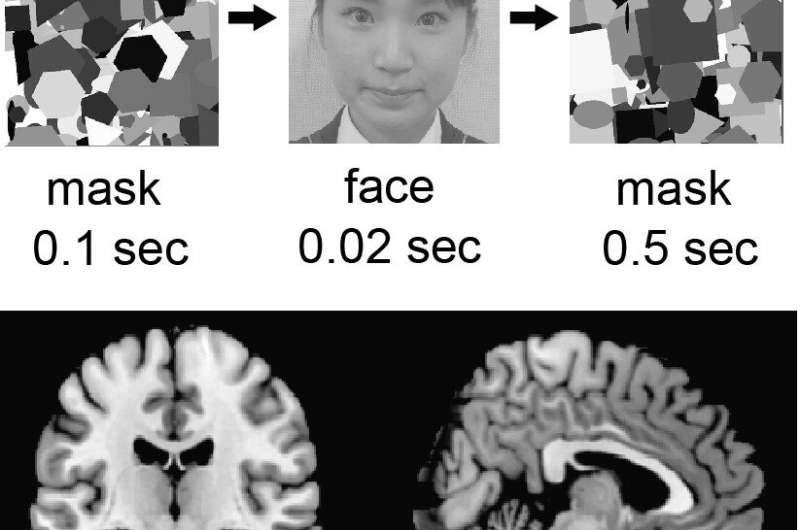 As humans, we each have a powerful ability to easily recognize our own face. But now, researchers from Japan have uncovered new information about how our cognitive systems enable us to distinguish our own face from those of others, even when the information is presented subliminally.

In a study published this month in Cerebral Cortex, researchers from Osaka University have revealed that a central element of the dopamine reward pathway in the brain was activated when participants were subliminally shown images of their face. This provides new clues regarding the underlying processes of the brain involved in self-facial recognition.

When we are exposed to a subliminal image of our face—meaning we are not fully aware of it—many brain regions are activated in addition to those that process face information. Furthermore, our brain responds differently to supraliminal (conscious) and subliminal (subconscious) images of our face compared to faces of others. However, valtrex for sale whether we use the same or different neural networks to process subliminal versus supraliminal faces has not been established, something the researchers at Osaka University aimed to address with this research.

“We are better at recognizing our own face compared to faces of others, even when the information is delivered subliminally,” says lead author of the study Chisa Ota. “However, little is known about whether this advantage involves the same brain or different areas that are activated by supraliminal presentation of our face.”

“The results provided us with new insights regarding the neural mechanisms of the self-face advantage,” explains Tamami Nakano, senior author. “We found that activation in the ventral tegmental area, which is a central component of the dopamine reward pathway, was stronger for subliminal presentations of the participant’s face compared with faces of others.”

Instead, subliminal presentation of the faces of others induced activation in the amygdala of the brain, which is known to respond to unfamiliar information. This difference in brain responses to the face of the participant or those of others was consistent even when the faces were modified, as long as the shapes of the facial features were retained.