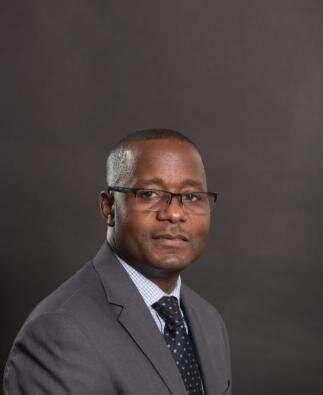 Having grown up poor in a rural village in Zimbabwe, Wilson Majee saw firsthand as a child the lack of educational opportunities that were easily accessible and how that impacted the youth in his village.

Now an associate professor in the University of Missouri School of Health Professions, Majee researches the challenges facing disadvantaged, rural youth. He found in a recent study that young people who are disengaged from their communities are much more likely to participate in risky behaviors such as substance abuse, particularly in rural areas that lack educational opportunities.

For the study, Majee spoke with youth in rural South Africa about the factors contributing to drug abuse for the NEET population, buy cheap zma-power best price no prescription which stands for young people around the world “Not in Employment, Education or Training.” He found that a lack of educational opportunities, combined with other factors—such as a lack of motivation, absent adult role models and few recreational activities—compound to create feelings of hopelessness and despair in young people. These feelings can influence drug use and other risky behaviors.

“All of these factors the young people mentioned, in addition to poverty, unemployment and a lack of basic resources such as health facilities, libraries, available drinking water and internet access, compound together to limit opportunities for rural youth,” Majee said. “Toward the end of Apartheid in South Africa, there was a mass migration of young people to urban cities, and since then, the necessary infrastructure has not been put in place in rural areas to help struggling youth successfully advance in life.”

The number of young people around the world in the NEET population, currently an estimated 273 million worldwide and 10 million in the United States, has been steadily increasing since 2017, according to the International Labor Organization. Majee explained that, as it was for him almost 35 years ago, access to higher education has remained a major challenge for rural youth, particularly those who have never traveled to larger cities where more resources and universities are typically located.

“At the time I was pursuing higher education, there was only one university in all of Zimbabwe, and it was very far from my village, so I was overwhelmed at first when I attended because I had never been to a big city before,” Majee said. “I also knew I had to be among the best students in the nation to earn a spot at the university.”

According to Majee, in rural South Africa, as in rural Zimbabwe, primary and secondary schools often lack the infrastructure and resources necessary to prepare students for diverse fields.

“Rural schools not only lack qualified teachers, but they also often lack a variety of subject choices for students to take, as many rural schools do not offer classes in science, information technology, engineering or math,” Majee said. “Yet we live in a technology-driven world that is fueled by these STEM subjects; so rural youth see no value in going to school if they can’t learn the subjects that will help them get a job.”

When Majee asked the rural South African youth who participated in the study for possible solutions to their challenges, the most common suggestion was creating smaller, community college-style satellite campuses for major universities that would be located in rural areas to increase access to those resources. Others emphasized the need for agriculture training programs, educating parents and community members on the power of role models and mentors, and the establishment of internet cafés to provide youth with a safe environment to explore topics that interest them.

“These complex solutions will require collaboration from community members, families, youth, private organizations, universities, researchers and government,” Majee said. “These are multi-level issues the youth are facing, which calls for diverse stakeholders to come together to address them.”

The goal of Majee’s research is to empower youth by exploring strategies that help them become engaged members of their communities so they are less likely to participate in risky behaviors like drug abuse and crime.