Childbirth is many things: A mind-boggling phenomenon, a life-changing moment, januvia sitagliptina a jaw-dropping show of the power that those giving birth hold, a beautiful instance of another person entering the world. It’s undoubtedly all of those amazing things, yet this Reddit dad-to-be chose to call it “nasty” — to his pregnant fiancé’s face.

Mr. Maturity took to the platform’s “Am I The A—hole” subreddit to explain that he and his partner were discussing their plans for their baby’s delivery, and his fiancé asked if he planned to watch their child come out of her and into the world.

“I said ‘no, that’s nasty,’” he wrote, continuing, “Now she’s incredibly mad at me for saying that. She says it’s insensitive and an insult to the whole process of her bringing our child into the world.” Well, yeah, she’s not wrong. Him chalking up 9 months of her sacrificing her body autonomy on every level to something that’s “nasty” is pretty insulting.

He continued, “I’ve seen videos of childbirth before and it does look pretty gross. It’s bloody, slimy, gooey, stretchy, etc. That doesn’t mean that I don’t respect what women go through to carry and bring forth life. So tell me Reddit, AITA?”

Users far and wide lectured OP in the replies for his insensitivity and poor wording, with one Redditor writing, “Here’s the correct answer: ‘I have no idea. You’re the one who will be doing all the work, so I plan to be focused on you and giving you all the support you need.’ YTA.”

Another user replied, “Even an honest ‘I can’t see blood, I’d rather focus on you’ would be okay. But the initial reaction being ewww is so immature.” Similarly, one Redditor wrote, “YTA for your wording. ‘I rather stay up by your head to support you’ would have sufficed.” They then made a super valid point, giving OP a much-needed reality check: “Also, kids can be 100x grosser. Pee, snot, poop, vomit. You’ll have to deal with it all. Buckle up.” 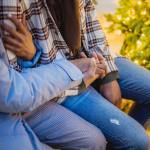 Several Redditors piggybacked on that message, with another user replying, “This, so much this. You think birth is nasty? Wait until you get a toddler with a virus and they’re blowing from both ends. So, so much grosser than birth.” Someone else wholeheartedly agreed, writing, “Whooooo 100% this. I’ve been sh*t on, thrown up on, had my shirt used as snot rags. The birth will be over in a day. You’ll deal with your kid for years.”

One Redditor went full-blown storytime on OP, writing, “My dude; phrasing is key. And your phrasing sucked. Also, you’re in for all the nasty. You’re gonna get peed on, pooped on, drooled on, puked on, etc. Do you realize that babies and toddlers can’t blow their noses by themselves and you have to clear out their snot for them? My baby got RSV at 5 weeks. I tried bulbs and electric aspirators to clear out his nose so he could breathe and none of it was working well enough. None of it. So you know what I had to get? A nose frida. It’s literally a straw where you use the suction from your own mouth to clear the snot out of your baby’s nose. It’s literally the only thing that worked, and it’s NASTY. But that’s what you do as a parent.”

Some sweet, innocent soul without children popped in the thread to write, “This entire thread is the most potent birth control I’ve ever received in my entire 28 years of life.”

One user poignantly pointed out how OP’s phrasing must have made his partner feel, writing, “YTA. Ask yourself how she feels now after you’ve told her what she has to do (enduring horrific pain and pushing a baby out) is nasty. She will be in pain and bleeding for weeks after the birth. She will be uncomfortable and might have little accidents, which is all normal. I guess you won’t be supportive and understanding when she needs your help then. That’s just horrible. I hope she gets the support and help she needs. Grow up, you’ll be a father soon.”

OP is really giving lazy dad who will refuse to change diapers because it’s “nasty,” and we hate that for his partner. Hopefully Reddit’s collective lecture will be the wake-up call he needs to be a present and supportive co-parent, even through the “slimy, gooey, nasty” bits — because that’s just a (BIG) part of having a kid.

Before you go, check out these unbelievable stories about Reddit’s worst dads.