FRET, or fluorescent resonance energy transfer, is an imaging techniques used to visualize interactions between proteins in real time. E-FRET is a more powerful version of FRET which accounts for weaknesses in the original FRET method, allowing for more comparisons between laboratories and for more repeated measurements. 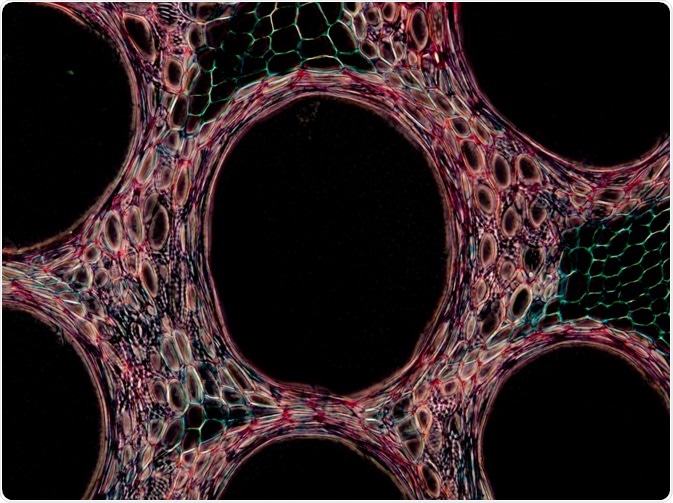 This interaction can be imaged in three different ways. One is quenching of the donor fluorophore which can be detected by measuring the recovery of donor fluorescence when the acceptor has been photobleached.

The second is the induction of acceptor fluorescence of the acceptor when the donor is excited. Lastly, the lifetime and polarization of donor fluorescence, which is altered during FRET, can be seen using fluorescence lifetime imaging microscopy (FLIM).

The second method is becoming increasingly popular partly because it can be applied to live cells, unlike the first method. However, FRET indices can highly contentious due to differences between donor, acceptor, or both being used to denominate the index and due to photobleaching induced by repeated imaging. E-FRET is a special version of FRET developed to account for these issues.

To accurately measure molecular interactions, the FRET efficiency, which depends on the instrument, must be measured. This efficiency is the proportion of transferred excited states from donor to acceptor, and can be measured as the apparent or absolute efficiency.

The spectral crosstalk between three images is compared using acceptor and donor references. The calibration factors of the system are then determined via using a combined donor and acceptor reference.

Using E-FRET, a number of protein behaviors and structures can be elucidated. For example, E-FRET can be used to show structure of proteins, receptor and ligand interactions, membrane fusion assays, distribution of proteins in a cell spatially and temporally, and structure of nucleic acids.

Currently, E-FRET imaging is done manually where each complete FRET measurement takes around 12 seconds for a seasoned researcher familiar with the equipment and interpretation of FRET signal. As dynamical quantitative FRET measurements are difficult using a manual FRET microscope, E-FRET has been recently automated. This version takes only three seconds to perform all the necessary FRET measurements, and can performed on dynamic, live cells.

Sara is a passionate life sciences writer who specializes in zoology and ornithology. She is currently completing a Ph.D. at Deakin University in Australia which focuses on how the beaks of birds change with global warming.