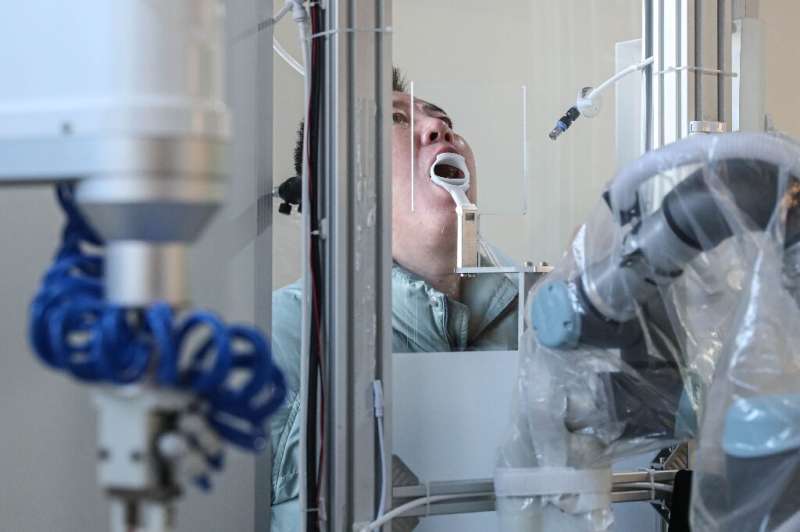 A Chinese city deployed robots to take COVID-19 throat swabs on Wednesday, as the country ramps up mass testing to stamp out local coronavirus outbreaks.

In the northern city of Shenyang, robotic arms, committee on allied health education built to collect samples quickly while lowering the risk of cross-infection between people, were used as part of a campaign to suppress a rise in cases in the surrounding province.

Seemingly unperturbed by the futuristic scene before them, people waiting in line placed their government identification cards in a scanner, before a recorded message in a polite female voice instructed them open up their mouths.

A robotic arm, sheathed in a layer of protective plastic, then extended a swab stick through a hole in a screen and towards their tonsils.

A human colleague in a hazmat suit controlled its movements from a safe distance away, guided by a camera on the robot.

China had largely brought the virus under control since it first emerged in the central city of Wuhan over a year ago.

But in recent weeks, China has seen fresh local outbreaks across the country, prompting localised lockdowns, travel restrictions and widespread testing of tens of millions of people. 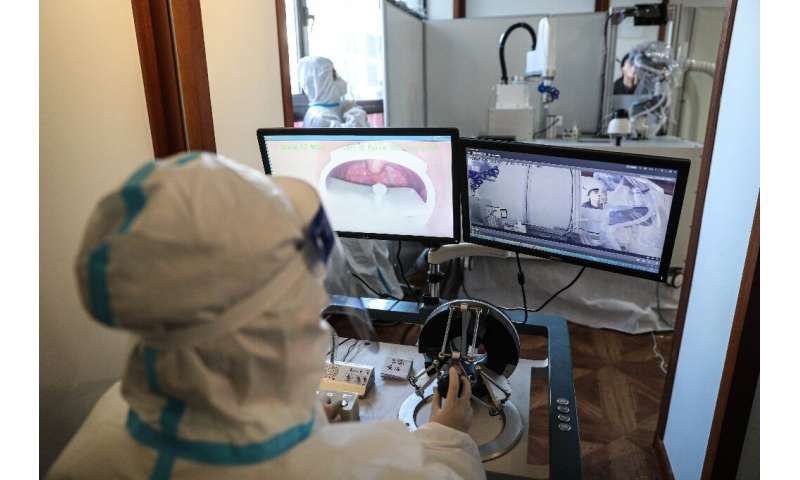 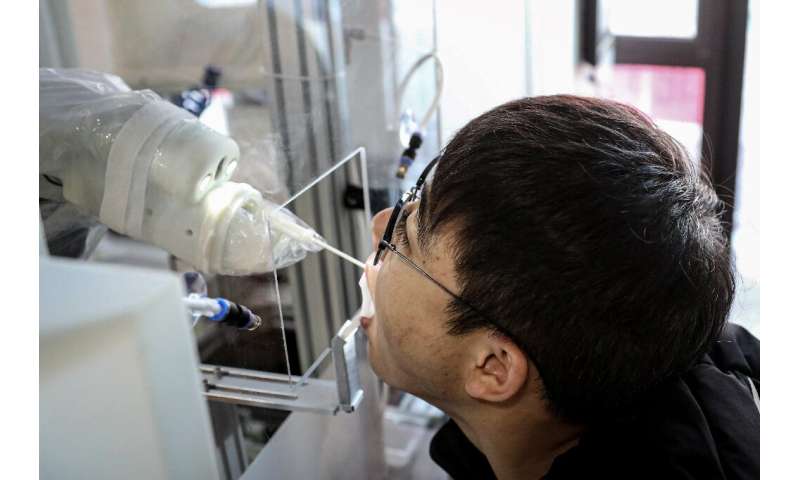 More than 20 million people are now under some form of lockdown in the country’s northern regions.