XPeng reports a second consecutive month of more than 10,000 electric car deliveries in China in October.

It surely could be a new record, but according to Chinese media reports, the company is struggling with parts (chip) shortages – particularly for the newly launched XPeng P5 model. Those are probably only temporary issues and we will see new records soon.

Nonetheless, even now, XPeng leads the Chinese EV startups and it might stay like that for quite some time if the P5 ramp up will reach a level of several thousands units per month. In the longer-term, there are already new models in the pipeline.

It’s worth noting that the XPeng G3 crossover has set its second best monthly record ever and is noticeably above its average rate in the past two years. 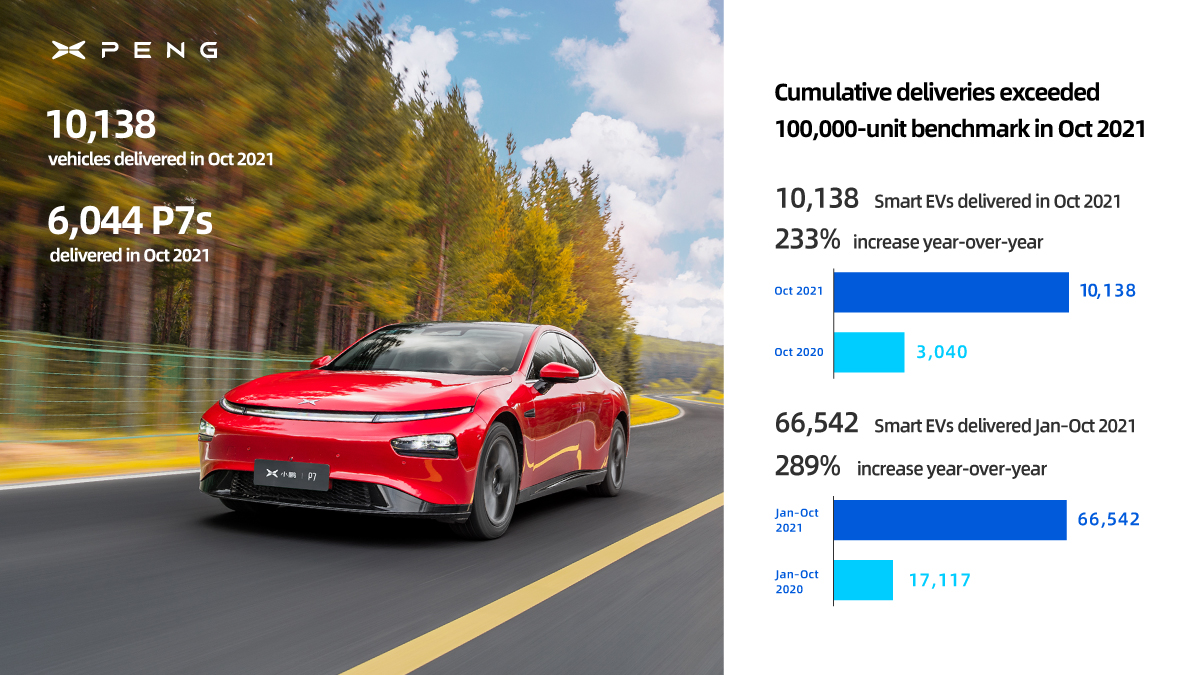