Home » Car Reviews » Warning issued to drivers as 6.6 million use phones when driving 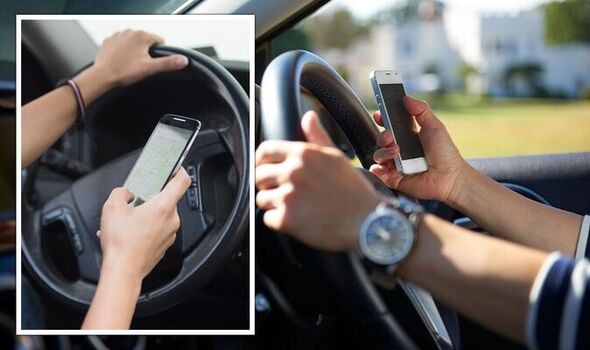 Distraction is a leading cause of accidents, with a fifth (19 percent) happening as the driver wasn’t paying attention. Those distractions include reaching in a bag, not being able to see through the windscreen and using mobile phones.

Experts at Vitality car insurance have revealed that Brits aren’t paying attention on the roads, with 6.6 million admitting to having used their phone when driving.

Whilst 88 percent claim they are a safe driver, a fifth (19percent) admit that being distracted and not paying attention was the cause of their most recent car accident or incident.

In addition to using their phone, one in six admit to having smoked or vaped while driving.

More than one in seven, however, have decided to drive without being able to see fully through the windscreen or have reached into a bag to look for something whilst on the move in the car.

Whether it’s answering the phone or checking social channels, 35–54-year-olds are the worst offenders, with almost half (49 percent) admitting to having used their phone whilst driving.

But when it comes to being distracted, age isn’t always the main factor.

Women cite distraction as being the main cause of an accident when they were at fault (23 percent) in comparison to 16 percent of men.

Geographically, those from Leeds get the most distracted at the wheel, with over half (53 percent) citing this as the main cause of their most recent accident where they were to blame.

However, those from Sheffield are at the highest risk of both accidents and prosecution for using their phones while driving, with almost a third (32 percent) admitting to having used one at the wheel.

When it comes to what the nation admits doing whilst driving – the top 10 distractions include:

Andrew Webb, Managing Director of Vitality car insurance, commented: “There are many things that can distract us behind the wheel, which is one of the biggest causes of accidents on the roads.

“Using your phone can affect your concentration and means you won’t have both hands readily available should you need to make an emergency manoeuvre, making your chances of having an accident much more likely.

“At Vitality, we know that by taking steps to drive safer we could prevent an accident.

“It’s why we’re so committed to making roads safer through combining the latest technology – which gives people powerful insights into how they are driving – with rewards such as monthly cashback to encourage them to drive well with our car insurance.

“This can unlock significant value for customers while also contributing to better roads for all.”

Red Flags Emerge on the Way to Electric Vehicle Adoption