Thank smart grids and Elli for that and learn what she does.

According to Volkswagen, electric cars are mobile power banks. Far from being negative, that means they will one day be an integral part of the energy grid system, helping to save renewable energy that would otherwise just be lost. Volkswagen goes even further: with the right energy management and intelligent storage systems, charging will eventually be free. 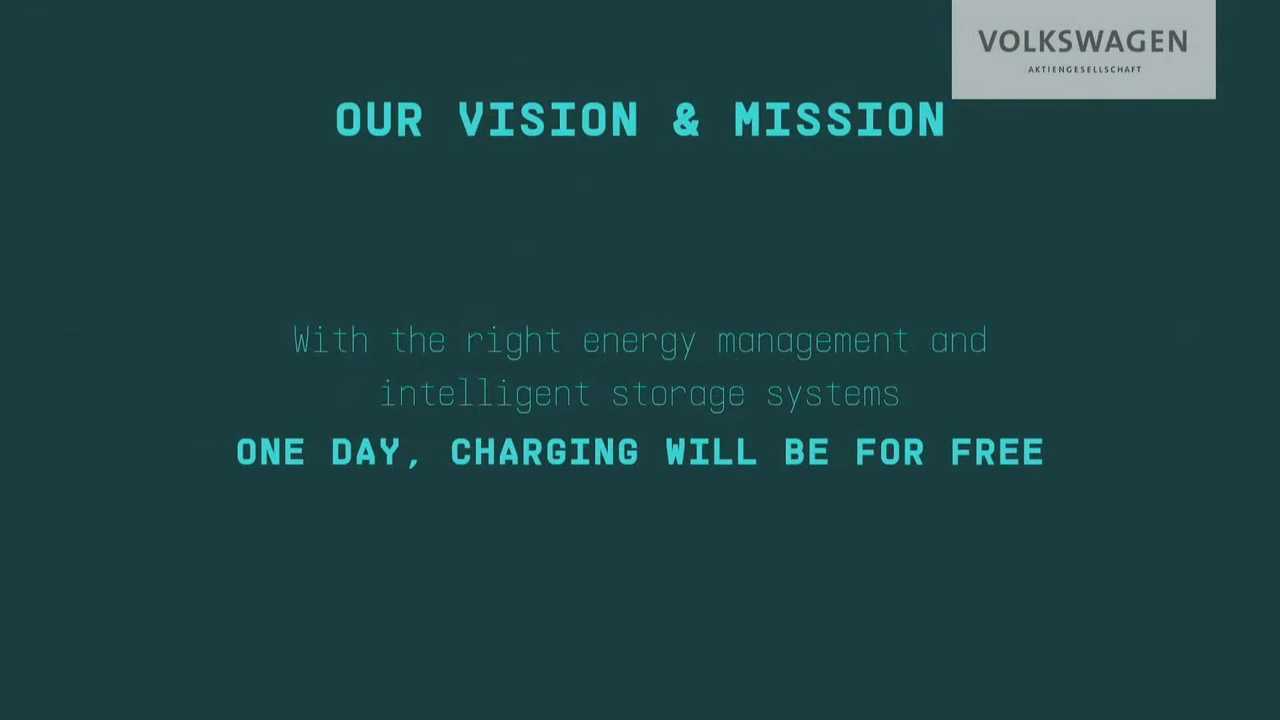 This is what Thomas Schmall and Elke Temme explained at the Volkswagen Power Day. According to the Volkswagen executives, all MEB vehicles will be able not only to take energy from the grid but also to give it back by 2022. That’s the start of the revolution in energy management that Volkswagen believes to be possible. 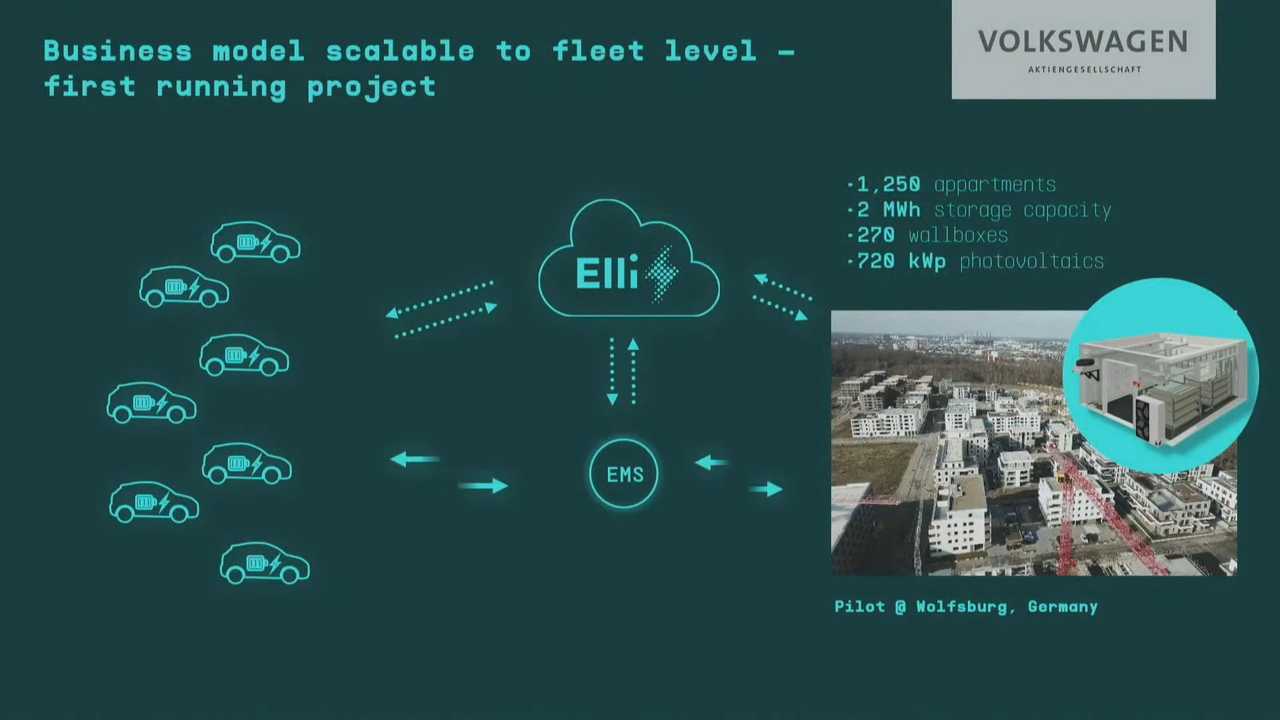 The company is currently testing that in Wolfsburg. The pilot program includes 1,250 apartments, 2 MWh in storage capacity, 270 bidirectional wallboxes, and 720 kWp in photovoltaic panels. The idea is to make the ID.3 store the electric energy produced by the photovoltaic panels and give it back to houses and grids when the car is not used. 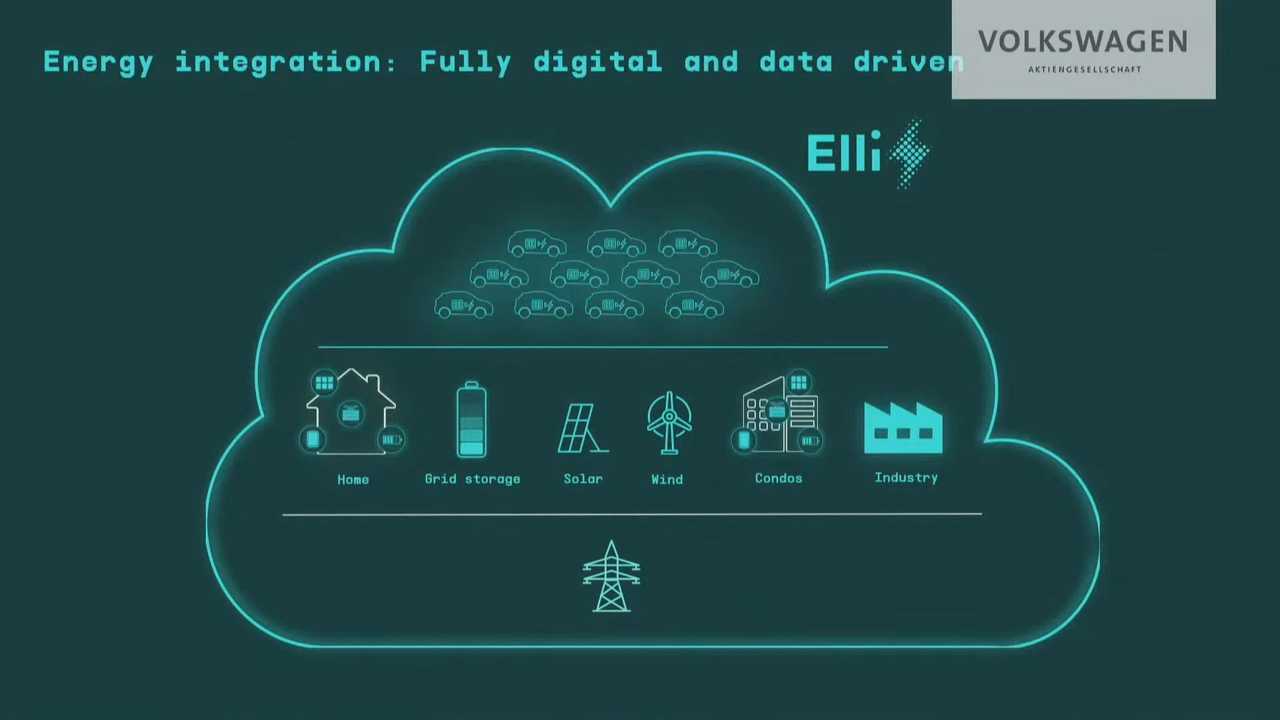 That is possible because cars spend most of the time sitting in a parking spot until they are necessary. Contrary to what commercial vehicles do, they do not run 24/7. When parked, electric cars can store energy that would otherwise be lost because it is only produced when it is windy or sunny. 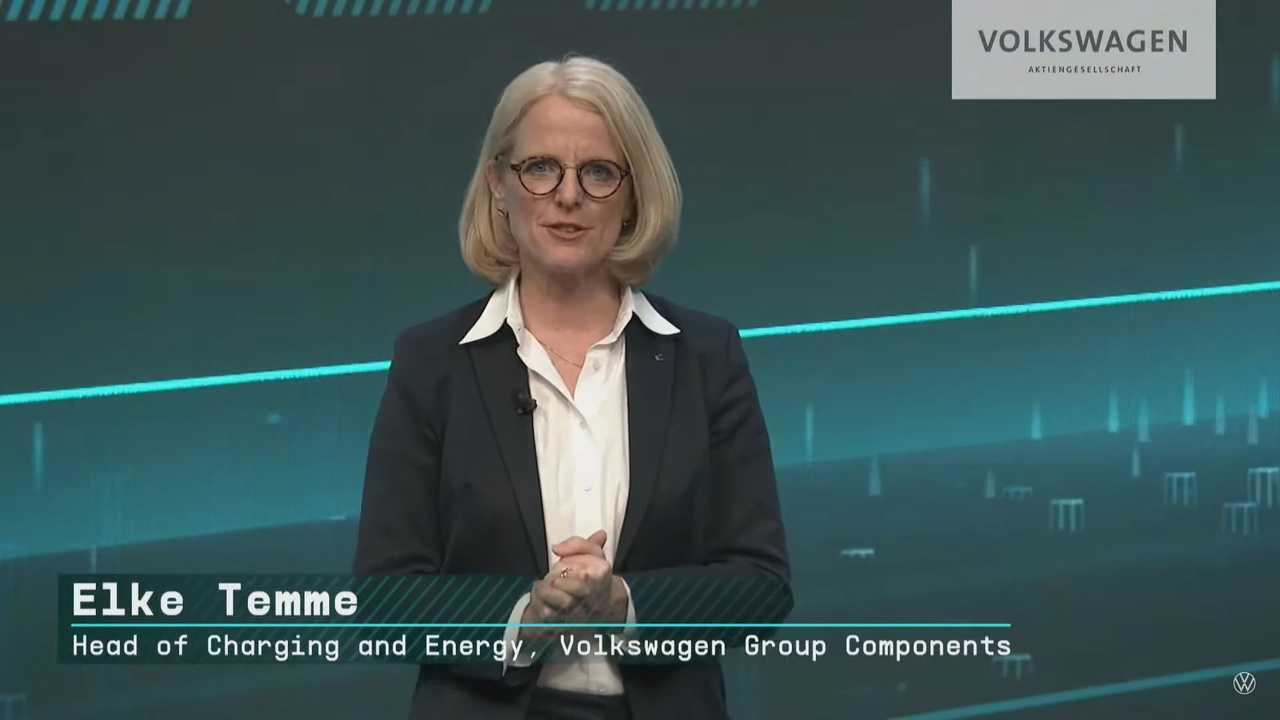 Temme is Volkswagen Group Component’s head of charging and energy. According to her, Germany loses 6.5 TWh of renewable energy per year because what wind and solar power generate is not entirely used by the grid when it is generated. Contrary to what happens in nuclear, hydro, or thermal power, you can’t cut production for when it is more necessary. Peak consumption is at night – when there is no sun. 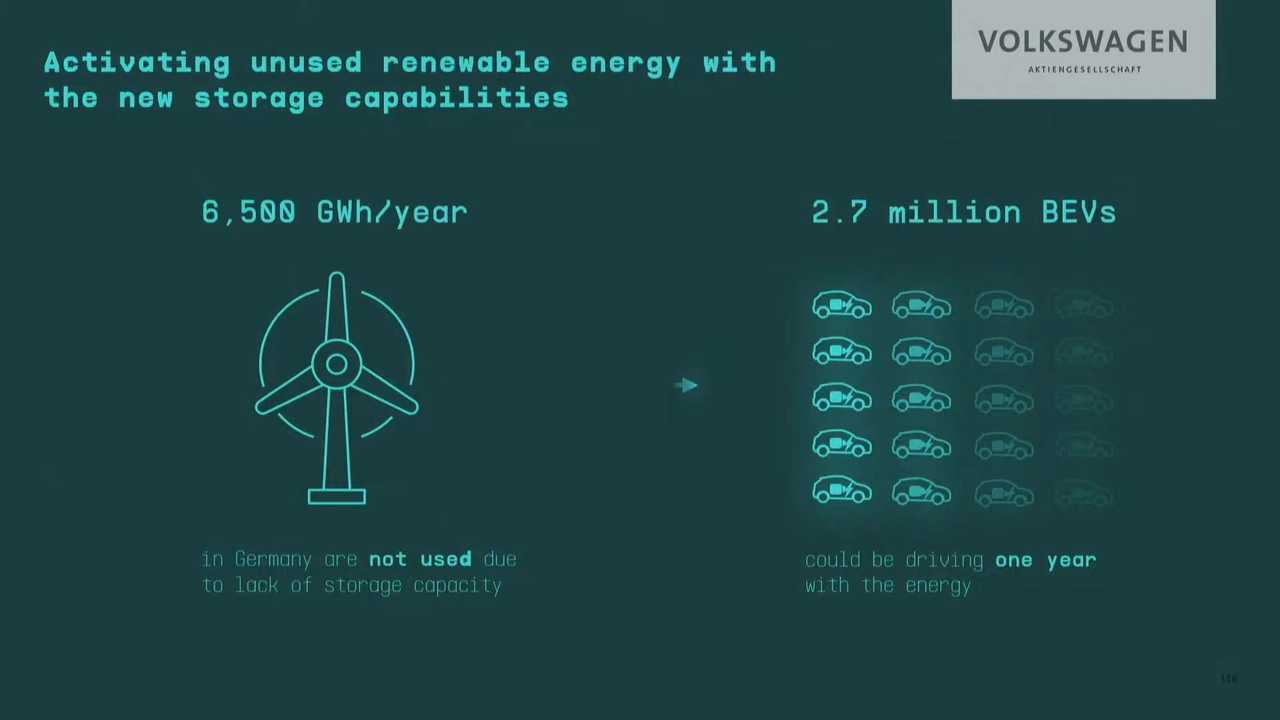 That amount of energy could allow 2.7 million electric cars to drive for an entire year. If that energy was stored, it could be used when it was more convenient without impacting the range. 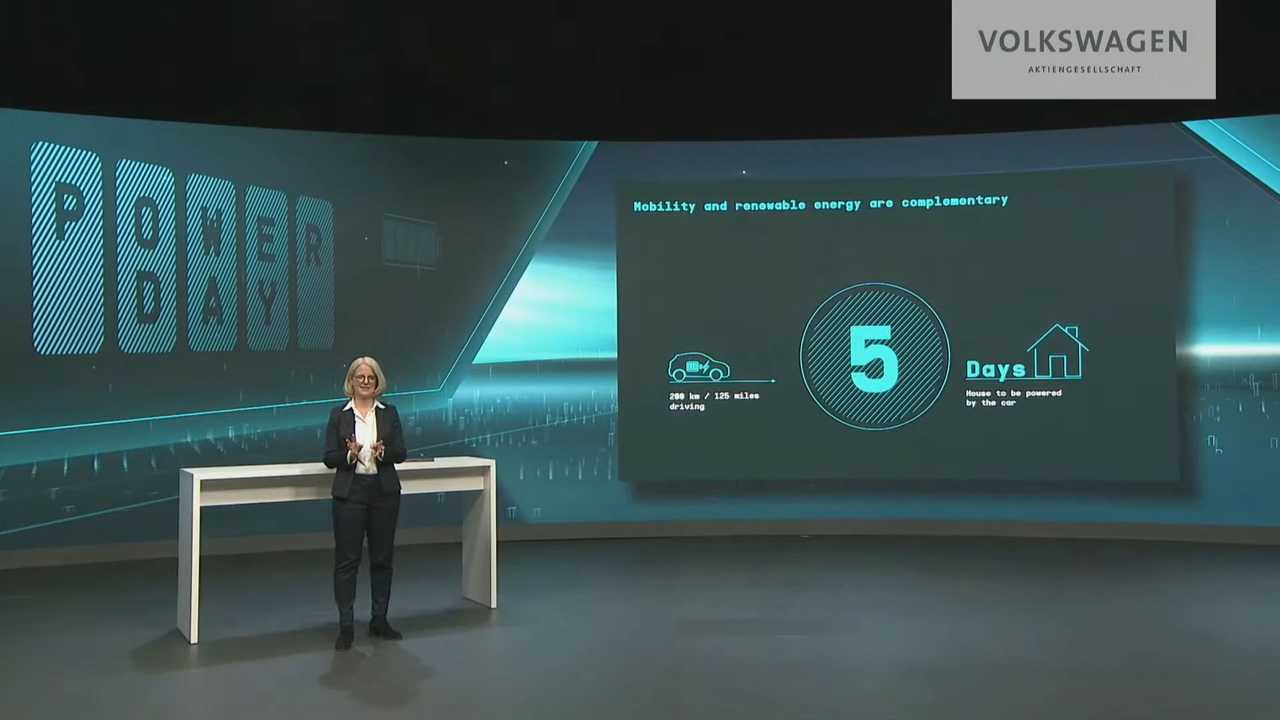 To give an example about that, Temme said the ID.3 with the 77 kWh battery pack could power a house for five days and still commute for the same period of time without charging. She estimated these daily trips at 40 km (25 miles) per day during these five days, for a total of 200 km (125 miles). 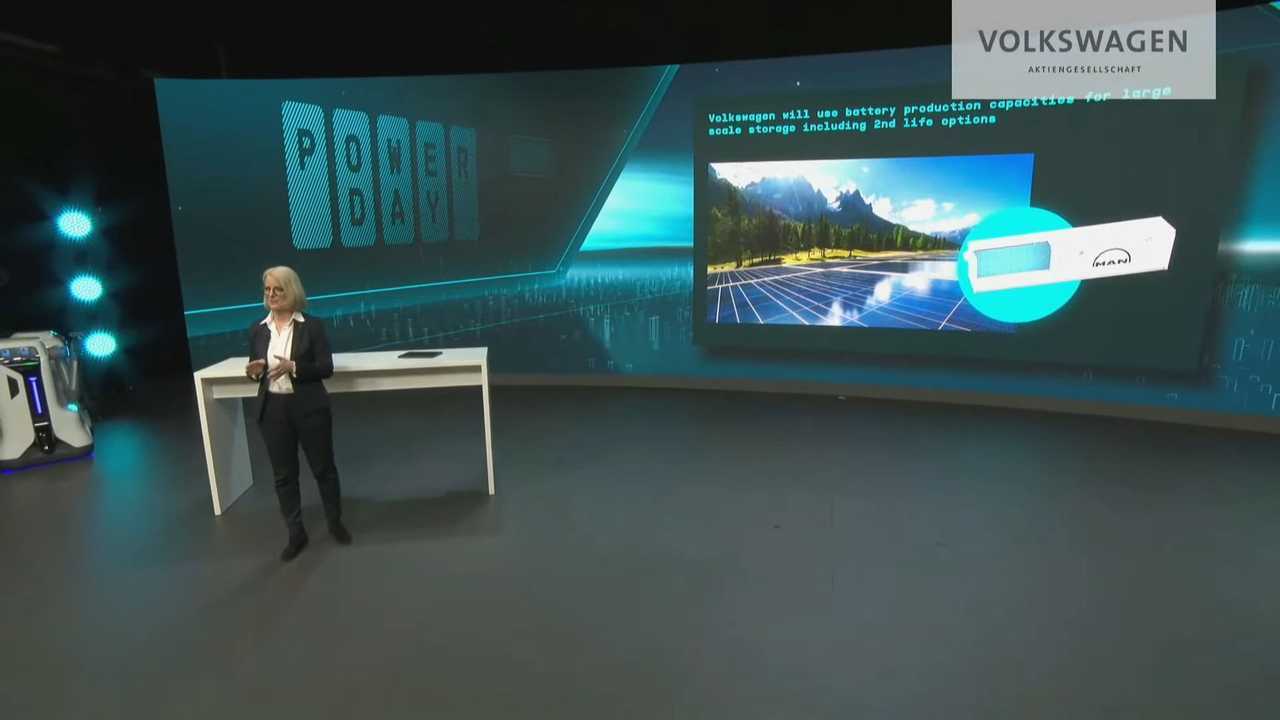 That all should be possible with the help of Elli, Volkswagen’s cloud energy management software. Elli stands for Electric Life, and it also names all the electrical products from Volkswagen, such as wall chargers, charging robots, and so forth. It currently operates in Munich, Berlin, and Wolfsburg. 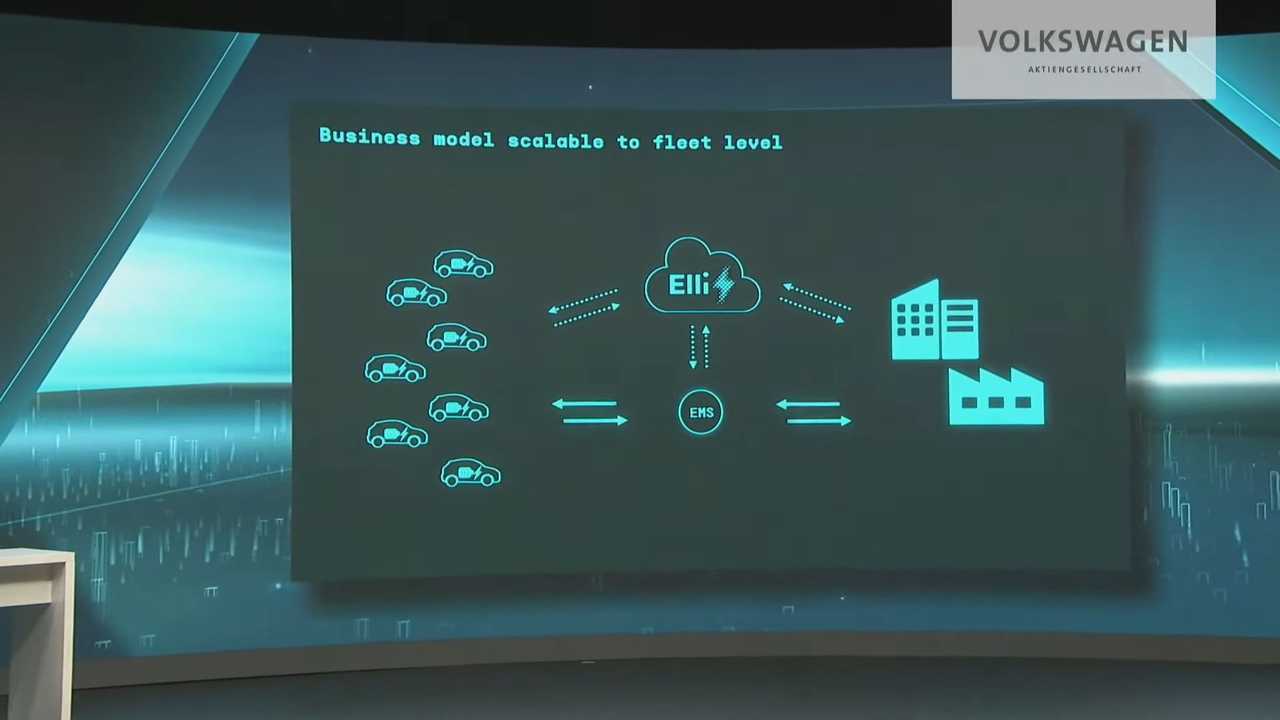 When the car batteries are no longer good for automotive use, Volkswagen will apply them in grid storage and DC charging stations. Schmall presented one that is not connected to the grid and has a storage capacity of 150 kWh. 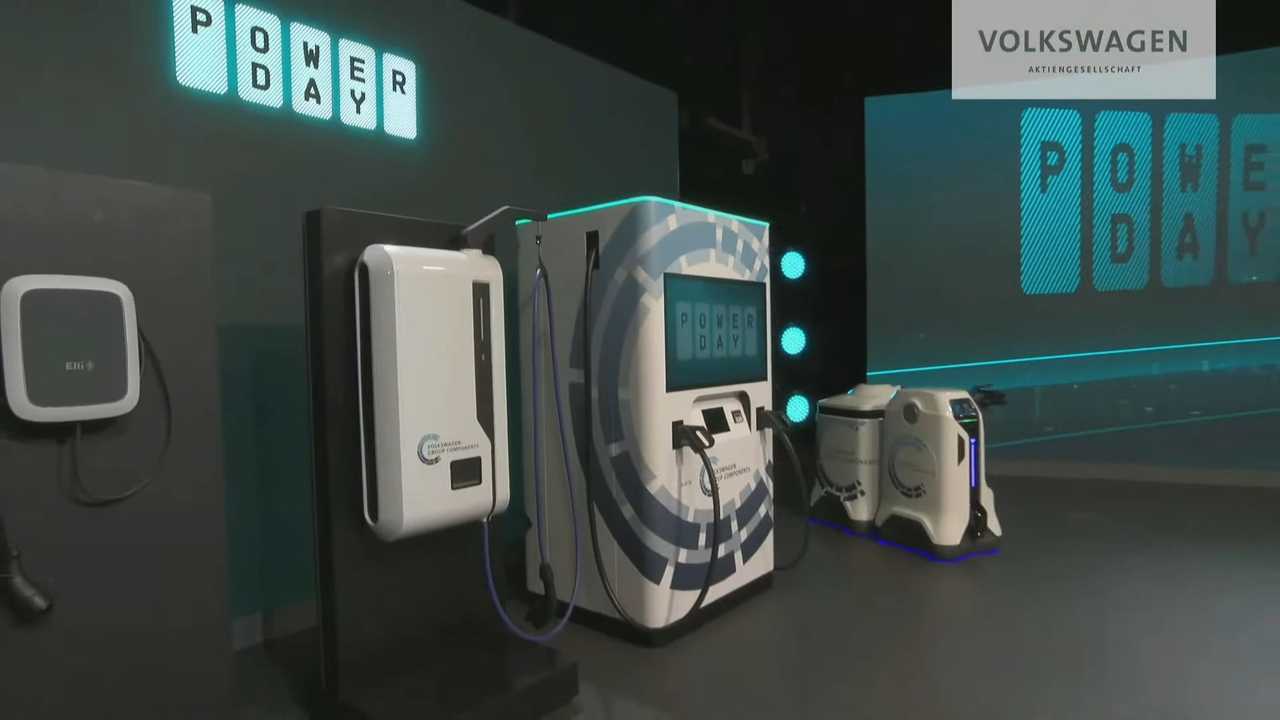 This is why Volkswagen said charging would eventually become free. EV owners will receive money for selling energy back to the grid. They may even get money to allow their cars to work as power banks when the grid needs to store energy produced by wind and solar sources.

The issue is that this will probably shorten the battery packs’ lifecycle unless Volkswagen is considering that and planning on giving car owners some incentives to be part of the grid structure apart from not paying for electric energy. Affordable battery pack replacements would be very welcome, especially considering how companies deal with that today. 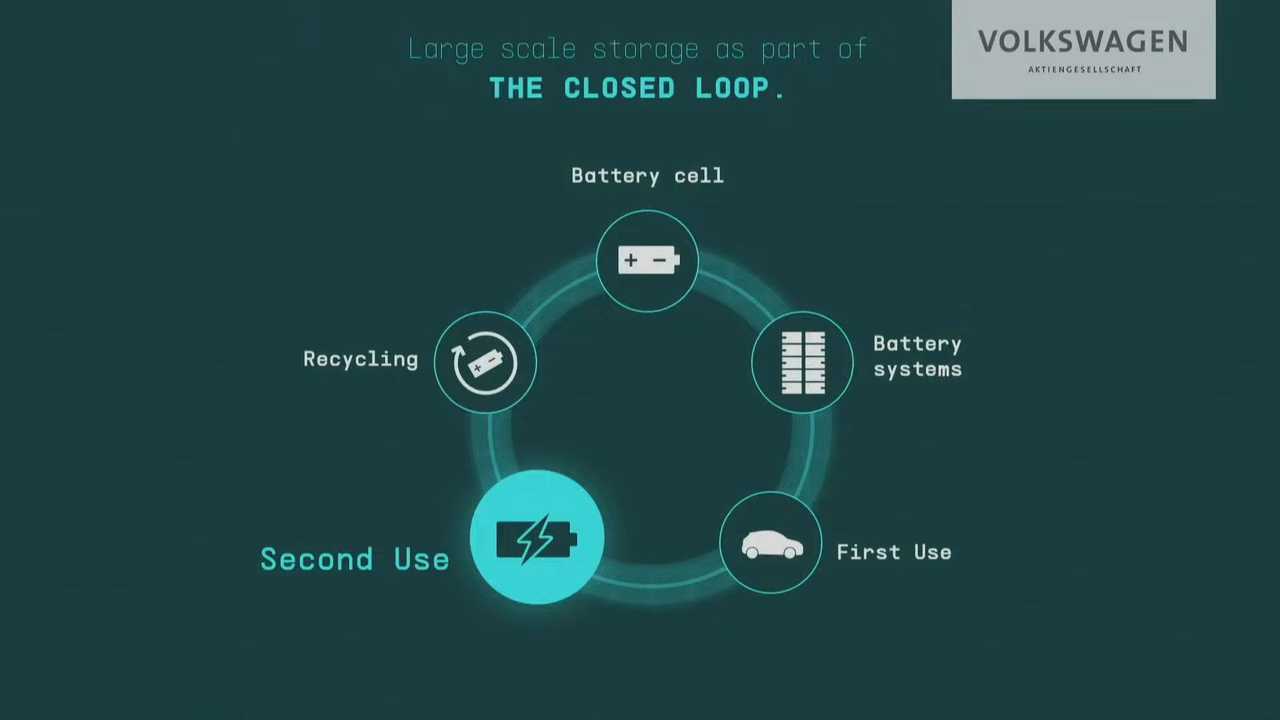 Proposing that these EV owners just buy a new car when their vehicles just need to replace the battery packs is not a solution and could make customers view electric cars as disposable. That’s all that Volkswagen and other companies investing in electric vehicles do not need to increase EV adoption.