Exactly one month is left until the world premiere of the Volkswagen ID. Buzz, and now we also learn that the electric van will make its first North American public appearance on March 11 at SXSW 2022.

Mind you, it will be the model’s first-ever public appearance period, as the March 9 world premiere event will be held online. To celebrate the first outing of the ID. Buzz (still unclear whether that’s the EV’s final name), VW will host various “Buzz Stops” throughout the city of Austin, Texas, allowing SXSW attendees and locals to experience the ID. Buzz.

For the duration of the SXSW conference, European-market ID. Buzz vehicles will travel between two stations near the Austin Convention Center, delivering information and entertainment to those nearby.

The ID. Buzz appearances are part of a larger three-year sponsorship agreement among Volkswagen and South by Southwest (SXSW) Conference & Festivals. 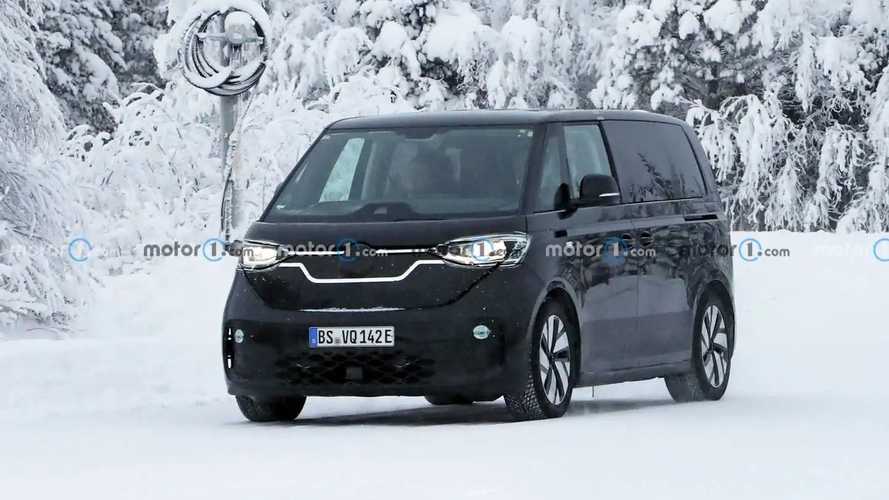 “The VW Microbus has been emblematic of cultural ideals that have inspired change and driven progress, both in the U.S. and globally. South by Southwest’s commitment to innovation and technology, coupled with its access to culture and creativity makes it the perfect venue for the ID. Buzz to make its first-ever public appearance. We’re excited to bring the ID. Buzz to Austin and showcase the innovation packed into this newest member of our EV lineup.”

With a design influenced by the iconic Type 2 Microbus, the ID. Buzz will offer “maximum cargo space on a minimal footprint,” thanks to the Modular Electric Drive Matrix (MEB) platform. VW also promises “an agile and dynamic driving experience.“

The automaker has already started pre-production of the ID. Buzz at its plant in Hanover, Germany, and interior photos of a pre-production prototype recently surfaced online.

Information on the VW ID. Buzz remains scarce, but as far as North America is concerned, the electric van will reportedly come in long-wheelbase passenger form only, with Europe also getting a standard-wheelbase passenger model and an ID. Buzz Cargo commercial variant.

So far, Volkswagen has confirmed an ID. California camper van and an autonomous shuttle based on the ID. Buzz.

Barra: GM Will "Absolutely" Catch Tesla In US EV Sales By 2025

‘Get the most out of your purchase’: Which classic cars hold their value?

Tesla Model 3 After One Year: This Owner Says 'Don't Make A Mistake'