Volkswagen ID.7 is the Wolfsburg-based automaker’s new electric sedan, basically an electric equivalent to the gas-burning Passat. The manufacturer brought a camouflaged prototype to the Consumer Electronics Show (CES) 2023 and between that vehicle and older spy photos, an artist was able to strip away the camouflage and produce these renderings.

If you look closely at the ID.7 prototype revealed at CES, you can see the shape of its light clusters, its bumpers and other details. Up front, we can clearly see shape of its headlights and how they are integrated into the fascia. The bumper is also plainly visible through the camouflage, leaving little to the imagination.

The ID.7 is expected to have a full-width light bar in the rear, which will probably only be interrupted by the VW badge. Camo runs right down the middle of the prototype, though, so it’s not fully visible, but you can see its outline, as well as the fact that the rear lights wrap around the corners of the vehicle. 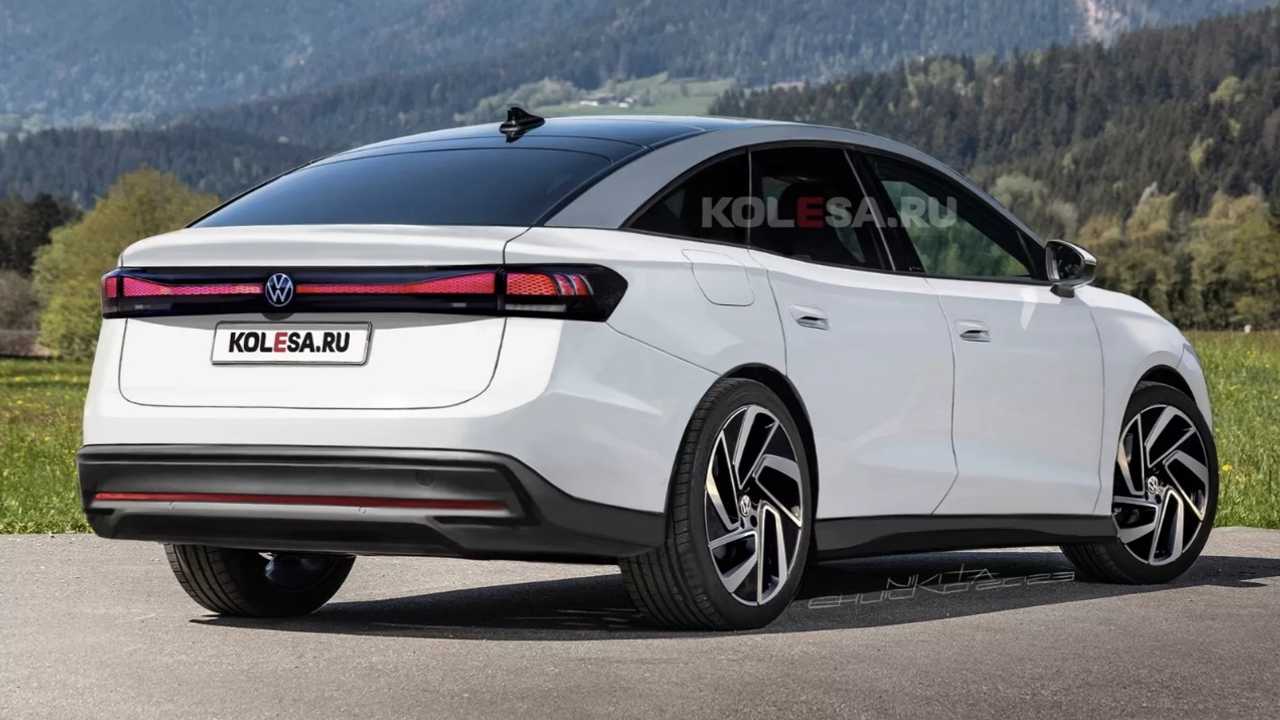 All of these still hidden details were added by Kolesa.ru in its two renderings, which show the front and rear parts of the vehicle. With all of its camo digitally stripped away, you can really see that the ID.7 looks a bit taller than a typical vehicle of its type.

The ID.3 hatchback is also taller than average and it has to do with the fact that VW wanted to keep these vehicles spacious inside while accommodating a battery pack in the floor of the vehicle. This naturally pushes the bottom of the passenger compartment upward, and in order to obtain good levels of headroom, the greenhouse (and in this case the entire vehicle) needs to be taller.

It doesn’t quite look like as tall as a Polestar 2, which doesn’t conform to current body style standards being neither crossover nor sedan, but it’s certainly taller looking than a Passat. Interestingly, just like the Polestar 2, the ID.7 may appear to be a sedan, but it’s actually a five-door hatchback and it should have a very wide trunk opening.

Volkswagen has already shown the ID.7’s interior in several official images. It has a big screen in the middle of the dash like all other ID vehicles, but the design is more traditional, less futuristic, closer in style to the Skoda Enyaq. And the vehicle’s extra long 116.9-inch (297-centimeter) wheelbase should make its passenger compartment considerably roomier than in a Passat – it will be Phaeton-big inside…