Home » Car Reviews » US: New Report Reveals Share Of Housing Units With A Garage Or Carport

Home charging is one of the most important elements of owning an electric vehicle, but it requires some kind of private parking space. The question is whether there are enough of those to support mass electrification.

The Department of Energy (DOE)’s Vehicle Technologies Office highlights in its latest weekly report – based on the U.S. Census Bureau’s Annual Housing Survey – that as of 2021, two-thirds of US housing units* had a garage or carport.

That’s not bad, although we must remember that it’s a national average, which varies noticeably between the regions.

* A housing unit is defined as a house, apartment, group of rooms, or single room occupied or intended for occupancy as separate living quarters but does not include cooperatives or condominiums.

According to the data, the best situation is in the Pacific region (Alaska, California, Hawaii, Oregon, Washington), where the share is 80%.

The most challenging situation is in the Middle Atlantic region (New Jersey, New York, Pennsylvania) as the share is only 53%.

The article notes that urban density, weather, and the typical age of construction determine the home parking options from region to region.

Another thing is that the space must be electrified and offer at least several kW of continuous power to enable EVs to recharge.

Share of Housing Units with a Garage or Carport by Census Division, 2021 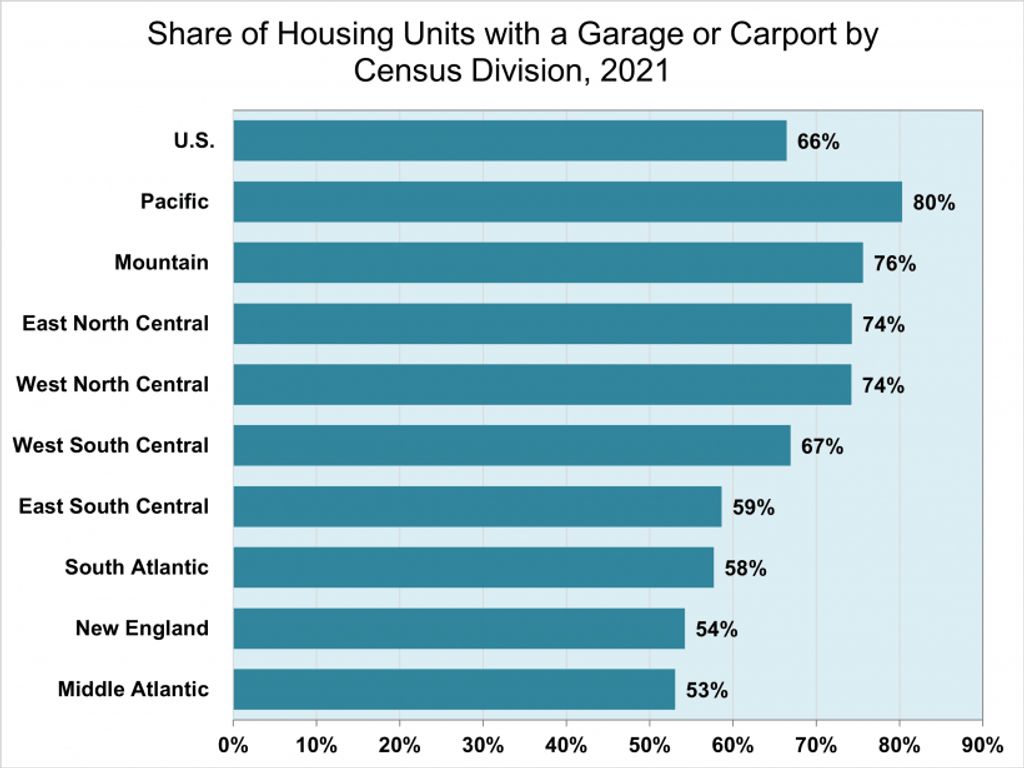 “Note: A housing unit is a house, apartment, group of rooms, or single room occupied or intended for occupancy as separate living quarters but does not include cooperatives or condominiums. More definitions are available here.

Tesla Yoke Is Perfectly Legal For Use Across Europe, Including UK