A new report from the Argonne National Laboratory reveals that plug-in electric cars already started to make a small contribution to reducing the use of gasoline in the U.S.

As of 2019, there were some 1.4 million plug-in cars (sold cumulatively), which drove over 37 billion miles on electricity since 2010. In 2019, the total plug-in fleet reduced the national gasoline consumption by 0.34%.

By the way, Argonne National Laboratory mentioned InsideEVs as one of its data sources about the plug-in car market, which makes us very proud. See the full report here.

The U.S. DOE’s Office of Energy Efficiency & Renewable Energy presents also that the amount of energy saved by plug-in cars has increased in 2019 by over 47% year-over-year.

“Due to their efficiency, plug-in electric vehicles (PEVs) reduce the amount of energy used by light-duty vehicles compared to their internal combustion engine counterparts. Estimates show that the energy savings in the United States due to light-duty PEVs in 2019 was 44.8 trillion Btu, up 47% from 2018.” 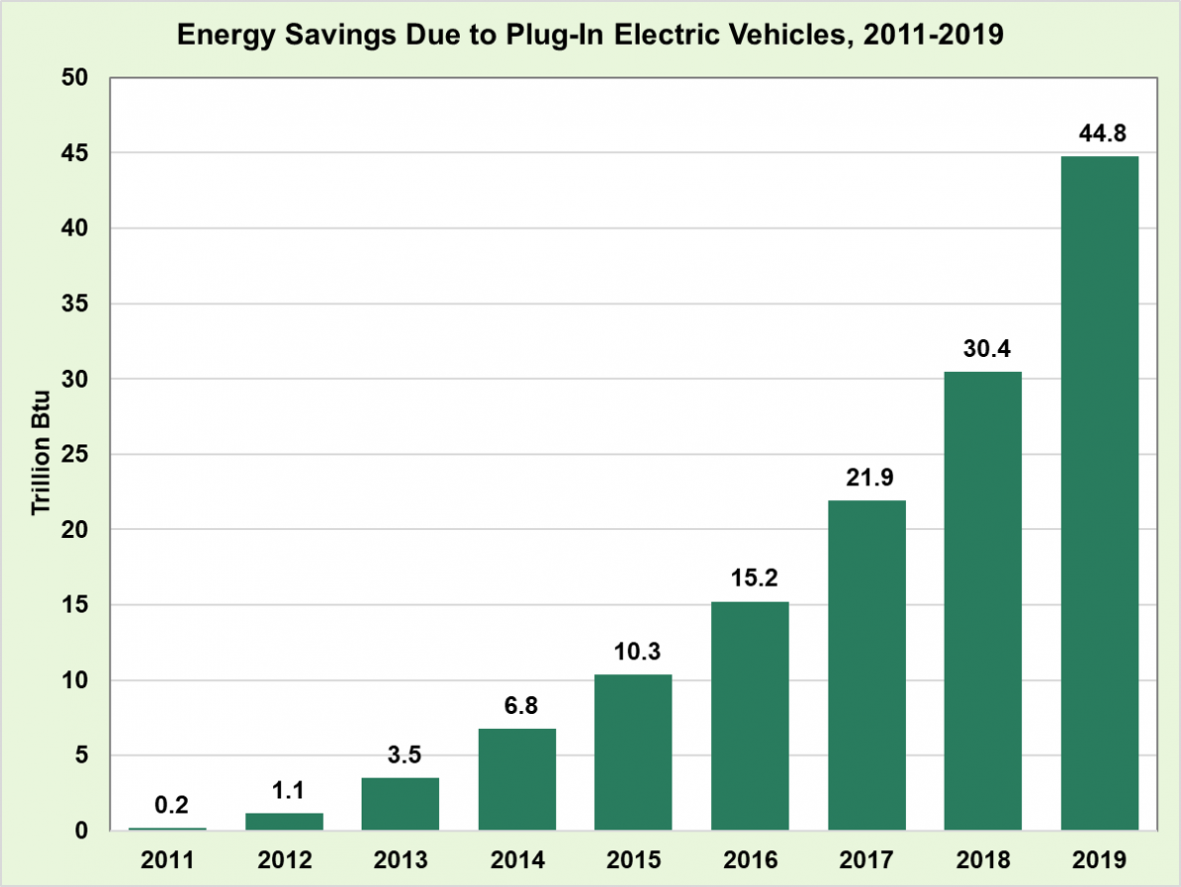 POLL: Do you support new fine for opening car with wrong hand as cyclists given priority?