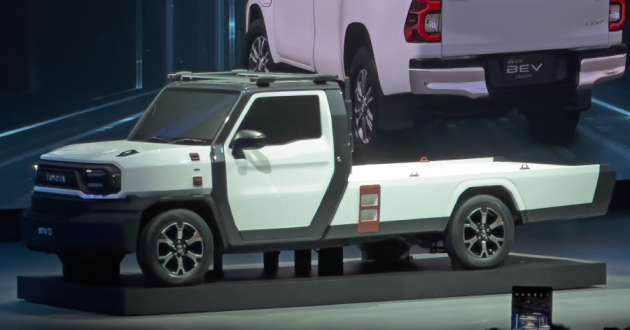 “I truly believe this is a product that can enhance the quality of life for many people and provide new economic opportunities,” Toyoda said of the IMV 0. According to him, the development team, which included Thai, Japanese and Australian designers and engineers, spent months in the field to observe the lifestyles and needs of potential owners.

If you’ve ever been to Thailand, you’ll know that Hilux owners there customise their vehicles extensively to fit their daily usage, and that’s exactly what the IMV 0 aims to accomplish. While chassis cabs are nothing new, Toyota is looking to provide an “IKEA-like” approach with more options that can be quickly and easily installed. 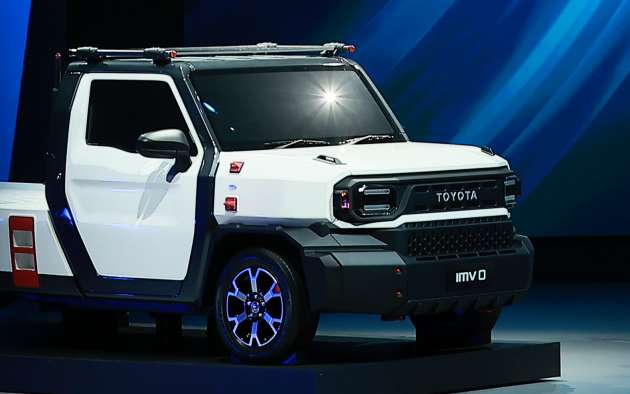 Behind the passenger cab, owners will be able to install modules for different activities, be it overlanding, hauling cargo and many more. Toyota isn’t limiting the IMV 0 to just personal use cases, as there are also modules available for businesses and governmental agencies (emergency services). Headlightmag also reported that any body panels that get damaged can be easily replaced without much hassle.

The IMV 0 appears to be smaller than the Hilux Revo BEV it shared the stage with, and its design is a little quirky and unconventional by comparison. The boxy front end is reminiscent of the Compact Cruiser EV revealed last December and features horizontal light bars in the headlamps as well as a rugged bumper. You’ll also notice quite a few anchor points to hook up accessories to on the bonnet and fenders, further reinforcing the notion of versatility.

Toyoda, who led the development of the IMV (Innovative International Multi-Purpose Vehicle) project in 2002 that saw the introduction of the Hilux Vigo in Thailand, did not reveal what kind of powertrain is used by the IMV 0, although he did confirm it will be turned into a production vehicle launching in 2023. 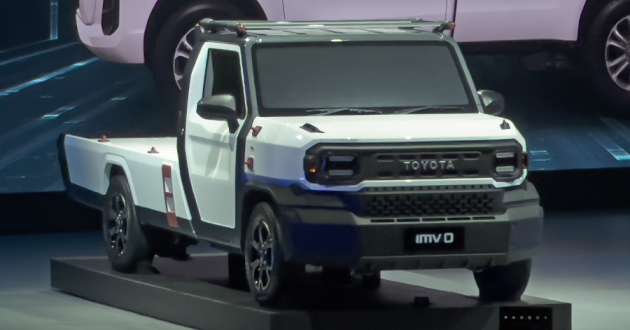 “For me, the Hilux Vigo launch remains one of the fondest memories of my career and it shaped my leadership style more than anything else. I will always be grateful to Thailand for the lessons I learned from that experience,” said Toyoda.

“So, as a way of saying thank you, I decided to challenge our engineering and design teams to create a brand new IMV pick-up truck for Thailand, something truly affordable and truly innovative. Internally we call it the IMV 0 concept. Its official launch is actually over a year away, but I wanted all of you to be the first to see it!” he added.

Chery is returning to Malaysia – meet its Pro family of 4 SUVs and a sedan; Tiggo 7 Pro and 8 Pro confirmed – paultan.org