The Ranger has transitioned to the next generation for 2022 whereas the Hilux won’t be renewed this year. However, Toyota is making a preemptive move to fight the Raptor debuting on February 22 by developing a more potent midsize truck. While the GR Sport trim has been around since late 2018, it’s only now the more athletic derivative is getting more power.

Previewed in South Africa where it was shot by our pals at Adventure Afrika, the 2022 Hilux GR Sport is decked out with the usual Gazoo Racing bits. More importantly, it also hides a juicy secret under its hood. The 2.8-liter turbodiesel engine has been massaged to deliver a healthy 221 horsepower (165 kilowatts) and 550 Newton-meters (404 pound-feet) of torque. Both output figures represent a 10 percent increase compared to the regular pickup. 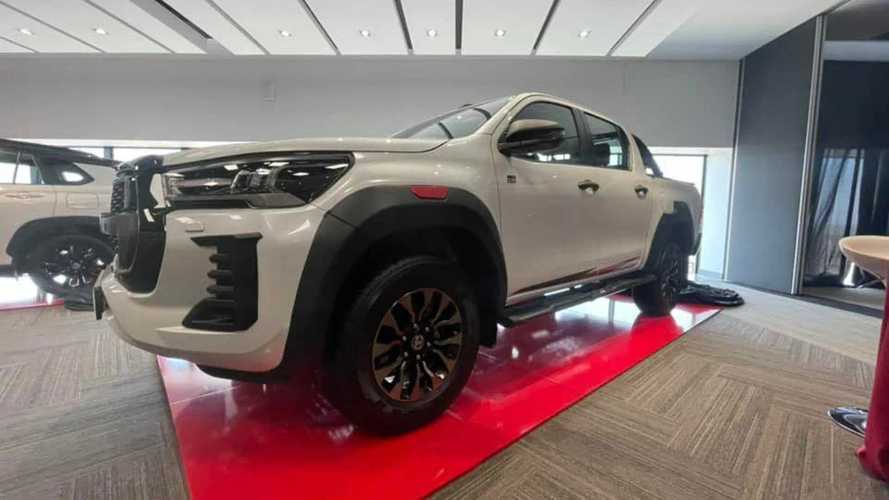 That’s a little bit more oomph than the old Ranger Raptor, but as you have probably heard by now, Ford is eschewing the diesel in favor of a gasoline engine. The Blue Oval’s truck is expected to utilize an EcoBoost V6, so it will definitely have the horsepower advantage. We’re not so sure about torque since the GD6 oil-burner of the Hilux GR Sport is quite muscular in that regard.

Toyota will launch the amped-up truck in South Africa in May when full details will be disclosed, along with a complete photo gallery. It’s unclear whether the beefier Hilux will be sold exclusively in SA or there are plans to introduce the range topper in other markets. It could be among the last updates for the eighth-gen truck considering the current model has been around for nearly seven years.

As previously reported, the all-new Hilux is believed to merge with the Tacoma as a single truck riding on a global platform. It would impact their SUV equivalents as well, namely the Fortuner and 4Runner, respectively. Doing so would obviously drive down costs in these difficult times when automakers are heavily investing in electrification.

Time will tell whether the next Hilux will spawn a spicy GR version positioned above the entry-level GR Sport in Gazoo Racing’s hierarchy. A full-fat GRMN model would be dreamy, but we’re not holding our breath.