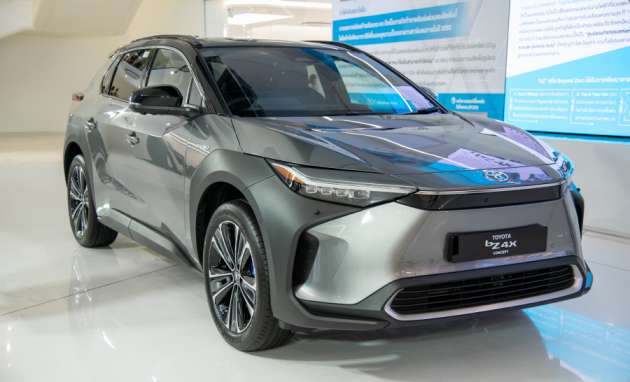 Back in January this year, Toyota Motor Thailand (TMT) said it plans to launch the Toyota bZ4X, which is the brand’s all-electric crossover that first made its world debut last year. A few months later, the company placed a right-hand drive example on display during its 60th anniversary celebration in the country, although there was no mention of pricing.

However, it is understood that TMT had already signed a memorandum of understanding with Thailand’s excise department back in end-April, with the final asking price expected to be under two million baht (RM248,793) thanks to 0% import duty and lower excise duty. The same excise department may have inadvertently leaked the official price of the bZ4X on its social media page, as reported by Brand Inside.

Recently, the government agency posted photos of its meeting that focused on measures to support the adoption of electric vehicles in the country. In one of the photos, a slide showed the suggested retail price of the bZ4X, which will apparently be 1,865,888 baht (RM232,030) without value-added tax (VAT), well below the previous estimate. Said figure is without subsidies factored in, but with it, the sum drops to 1,715,888 baht (RM213,377). 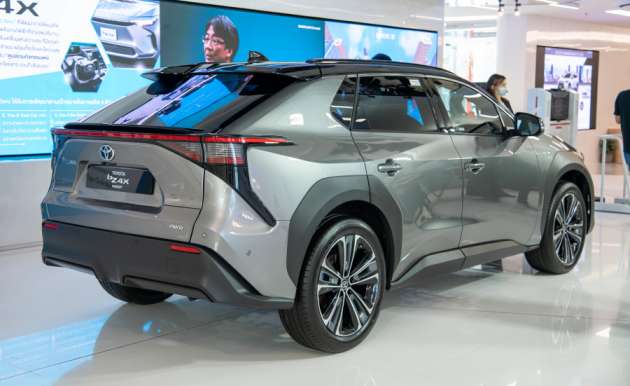 Other details mentioned in the slide include a battery capacity of 71.4 kWh that is good for a range of 500 km following the WLTP standard. The “YEAM15” in the chassis code also points towards an all-wheel drive electric powertrain with two electric motors and a total system output of 218 PS (215 hp or 160 kW) and 338 Nm of torque. The bZ4X is also offered with a single-motor, front-wheel drive configuration (XEAM10) with 204 PS (201 hp or 150 kW) and 266 Nm in some markets like Japan.

As for Malaysia, the bZ4X is slated to arrive next year to take advantage of the existing import tax, excise duty and road tax exemptions for CBU EVs. Given the leaked pricing for the electric crossover in Thailand, how much do you think it will be over here?

VW ID.4 Testing With Arizona License Plates Shows It's Getting Close To Launch