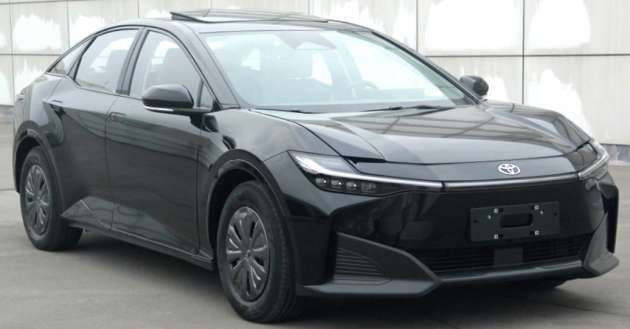 A fastback sedan-shaped electric vehicle from Toyota has emerged, and this, the Toyota bZ3 has been shown in a filing by the ministry for industry and information technology (MIIT) of China where it will go on sale late this year, reports Car Expert.

To be built at a FAW-Toyota joint venture plant, this China-specific EV appears to be a production version modelled after the bZ SDN concept that was part of a mass EV unveiling by Toyota late last year, as part of the Japanese manufacturer’s aim of reaching 3.5 million EV sales by 2030.

According to Car News China, the bZ3 measures 4,725 mm long, 1,835 mm wide and 1,475 mm tall with a wheelbase of 2,880 mm, and tipping the scales at 1,835 kg. Here, the bZ3 sedan can be seen to derive its styling cues from the bZ4X electric crossover, which has been co-developed with Subaru and uses the e-TNGA platform dedicated to battery-electric vehicles. 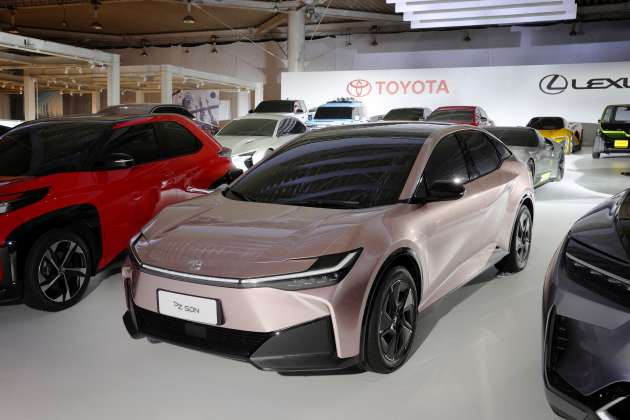 Images of the Toyota BZ3 sedan in Chinese ministry filing (row above); the bZ SDN concept shown in December 2021 (below)

Using a rear-wheel-drive layout, the bZ3 sedan will offered in two versions, notes Car News China; a 183 hp base model, and a 244 hp higher-specification model. Both are limited to a top speed of 160 km/h, and feature a BYD Blade battery pack, however its capacity remains unknown, according to the website.

The two variants are depicted here, where the white car is the up-spec 244 hp version which wears 18-inch wheels and tyres, while the 183 hp base variant gets a set of smaller, 16-inch rolling stock.

According to Car News China, the Toyota bZ3 electric sedan will make its public debut at the Guangzhou Auto Show in November this year, and go on sale in China shortly afterwards.