In December last year, Toyota held a major press event where it previewed its future EV plans (see the related links and gallery below). No fewer than 15 electric vehicles currently under development from Toyota and Lexus were shown in prototype form, including a compact hatchback/crossover. In a new rendering courtesy of our friends at Motor.es, this high-riding prototype morphs into a production vehicle.

Most likely currently in the early stages of development and tentatively known as the bZ3, the new zero-emissions hatch takes the shape of a slightly lifted five-door vehicle with crossover-inspired tweaks and a muscular side profile. To a certain extent, you can think of it as a mashup between the current CH-R and Corolla Hatchback as the EV seems to be smaller than the Corolla but bigger than the crossover. 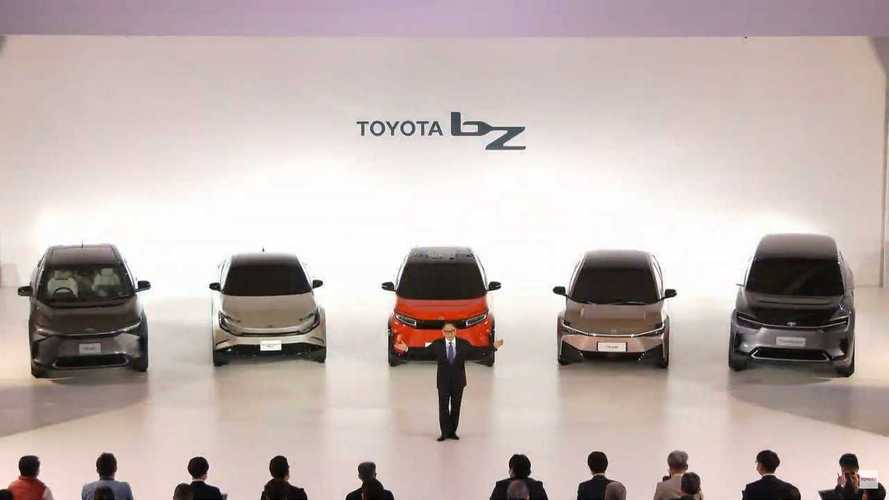 Based on Toyota’s e-TNGA EV architecture, the bZ3 will reportedly be available with one or two electric motors. The most powerful version is expected to have a dual-motor layout for an output of more than 200 horsepower (149 kilowatts) and all-wheel drive, which will put it directly against the upcoming Volkswagen ID.3 GTX electric hot hatch. More importantly, however, Motor.es reports a massive 71.4 kWh battery pack could be installed in the bZ3, giving it a range between charges of more than 310 miles (500 kilometers).

The upcoming bZ3 is one of several upcoming electric vehicles from Toyota. During the conference in December, the Japanese automaker also previewed a large seven-seat electric SUV, an electric Tacoma truck, a sports car, and an ideological successor to the FJ Cruiser. In turn, Lexus teased the RZ, which made its full debut recently, a four-seater electric convertible, and a swoopy wagon.

By the end of this decade, Toyota and Lexus want to launch 30 new electric vehicles and will invest $70 billion in research and development. The two companies want to achieve full carbon neutrality by the middle of the next decade. Lexus aims to become an EV-only brand by 2030 in Europe, China, and the United States.

Toyota Raize Is An Adorable Little Crossover We Won’t Get