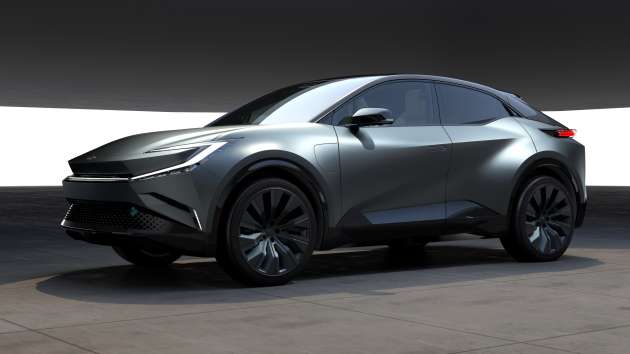 Last December, Toyota brought out a whole slew of electric vehicle concepts when it announced its strategy for achieving carbon neutrality, which will see no less than 30 production EVs be rolled out by 2030. Several months later at this year’s Los Angeles Auto Show, the Japanese carmaker is now showcasing one of those concepts that wears the bZ (beyond Zero) branding.

This is the bZ Compact SUV Concept, and it previews a small electric crossover that should join the company’s line-up below the larger bZ4X – the popular name being thrown around is bZ3X. Appearing a little more finished than what we saw previously (there’s actual interior photos this time), the concept sports a sleeker and sharper design compared to the bZ4X.

Highlights include C-shaped daytime running lights positioned above the main headlamps, with a light bar linking the clusters. This hammerhead shark-like nose, along with the creased bonnet, are also present on the latest Prius that made its debut yesterday. Elsewhere, the wedged bumper sports a distinctive surface pattern in the lower apron, accompanied by vertical LED light bars and what appears to air channels.

Down the sides, we find prominent lines and creases that give the concept an even more unique look, particularly near the rear wheel arches. Unlike the previous version of the concept, there are actual door handles this time, with those at the front tucked under a sharp crease under the beltline, while the rear ones are “hidden” in the C-pillars. 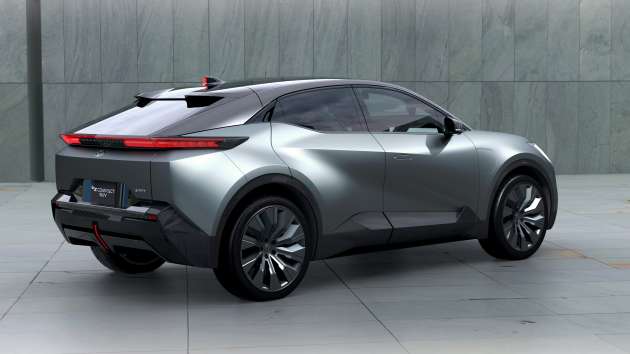 Before moving to the rear, you’ll also note the dynamic sloping roofline that meets up with a subtle dual-element roof spoiler and steeply raked rear window. The latter forms a sharp wedge in conjunction with the slender taillights that extend slightly into the bodywork, while a second pointed edge on the tailgate below sandwiches the Toyota logo.

Beyond that point, the tailgate is purely upright and terminates at a large panel that incorporates the number plate recess, diffuser-like element and what looks to be a vertical light bar. Toyota says it used a clean-vital design approach for the concept, and the overall result is certainly very distinctive. 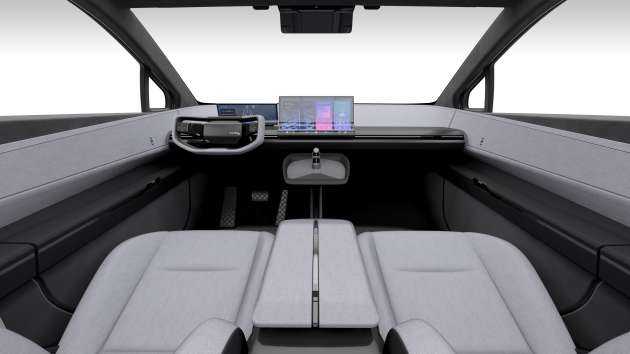 Our first glimpse into the concept’s interior reveals an ultra-modern cabin that features a curved infotainment touchscreen set well ahead of the digital instrument cluster. The former integrates nearly every vehicle function possible, ensuring the minimalist dashboard (with slim air vents) is devoid of any buttons.

The yoke steering wheel is very race car-like in its appearance and could make its way into the production version, seeing how the bZ4X and Lexus RZ are offered with such a steering wheel. As for the floating centre console, it only houses gear selector buttons and a pair of wireless chargers. Toyota notes that many of the touch points are made from plant-based and recycled materials to keep to the bZ ethos, while an in-car personal digital assistant named Yui handles voice commands.

Details about the powertrain are absent for now, with Toyota only saying the EV will offer fun to drive, exhilarating performance. Toyota had five bZ-branded vehicles on stage during its presentation last year, so there’s more to expect in the coming years.