The show features the ultra-rare one-of-a-kind Stovebolt Special formerly driven by F1 star Sir Stirling Moss and now valued at £800,000. The ultra-rare car was selected for filming by host and classic car restorer Drew Pritchard who had dreamed of seeing the car for decades.

He added: “For me, the emotional side is so important which is why I think the McRae episode and the Stovebolt stands out for me just because of our emotional attachment to the cars.

“Seeing Drew interact with the car how excited he was, he got emotional a couple of times. He really sold the car to me.”

Despite the car’s rarity, racing driver Marino managed to sneak a few laps with the iconic Stovebolt Special around the Anglesey circuit during filming. 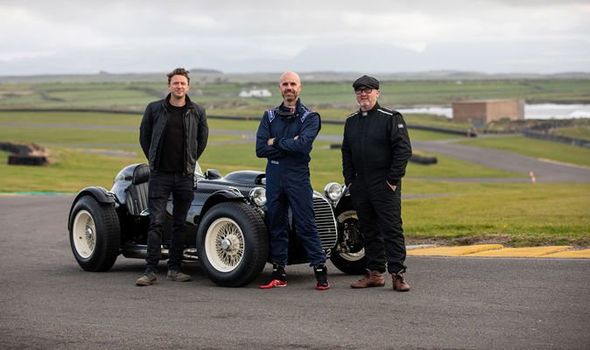 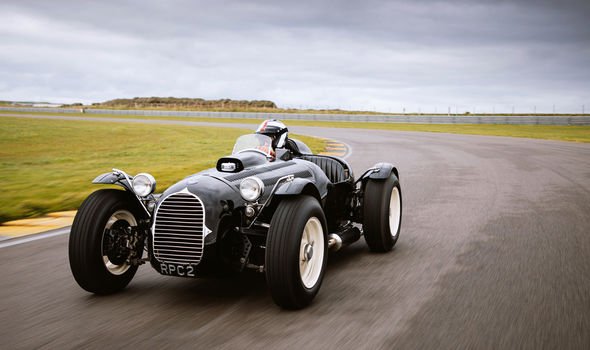 Marino throws the car around like a video game with the tyres smoking ferociously after just the faintest touch of acceleration.

After years of driving for a living, Marino warned the Stovebolt Special was a completely new experience.

Marino told Express.co.uk: “The way the suspensions are set up, that big engine and everything else, it smells fear in the driver.

“It wants to be driven hard. It has to be used in an aggressive way and if you back off that at all you can feel it wants to bite you.”

He added: “You get experiences from different cars. It had that feeling about it that there was a very strict limit to the car and if you went over that you could get into trouble quite quickly.

“I wouldn’t want to be going against the clock on it. I enjoyed just the experience of driving it and sliding around but I didn’t hang around with it.”

The car was originally designed as a Formula 2 car and became the first vehicle F1 star Sir Stirling Moss got paid to drive at the age of just 20.

He crashed the car while leading the Naples Grand Prix in 1950, knocking his front teeth out in the collision.

Marino admitted the connection to one of British motoring’s most iconic celebrities made driving the historic model even more unique.

He said: “I always get more excited about driving cars my heroes have driven or done something special. They have an energy about them, you can feel it through the car.

“I’ve driven a couple of cars that he has raced, the Lotus 18 he won Monaco with. To experience the Stovebolt as well, something from early in his career, it’s special.

“It’s special when you get to walk in the footsteps of your heroes.”

After its competitive years, the Stovebolt Special was then painted red and shipped across the Atlantic to star alongside Hollywood star Kirk Douglas in the classic 1955 motorsport movie ‘The Racers’.

After filming, the car was bought by Seattle resident Tom Carstens who was forced to purchase two Ferraris and two Maseratis to secure the Stovebolt from the studio.

Having purchased the car, an extensive restoration took place with the model’s original four-cylinder engine binned and replaced by a new V8 from Chevrolet with disc brakes also installed.

It’s here where the vehicle’s name first originates – a Stovebolt is an American name for a large bolt which was used to secure some metal plates on the side of the new engine.

The car is now owned by motorsport journalist Simon Taylor who purchased the car after spotting it at a garage in the Midlands. 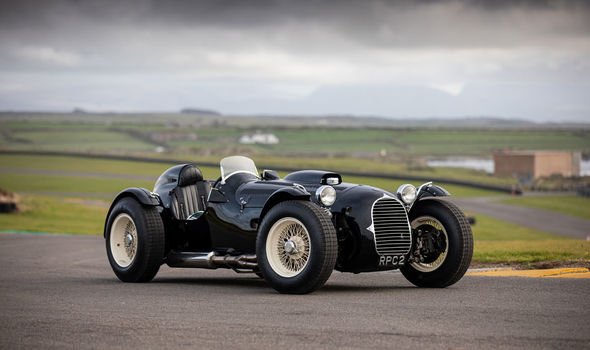 He first fell in love with the car after spotting it on an edition of Sports Cars Illustrated which he stuck on his desk at boarding school.

Simon still competes with the car in hill climbs and race events, adding another 40,000 miles to the clock since he has owned the vehicle.

Marino added: “Simon who owns the car phoned me up after to see what I’d thought of it.

“He’s obviously very protective of that car, it’s so special to him. He says he would be buried in it if he could be.

“For him to allow me to do that and then to have that shared experience and char about it afterwards you could hear the joy in his voice talking to me and the pride that I’d enjoyed his car so much.”

AD: Mercedes-Benz Star Essential Package – save up to 45% on maintenance for vehicles 4 yrs and above – paultan.org