As soon as Ford introduced the new Bronco, there were rumors that the company was developing a pickup truck variant. Is Ford working on such a model? Different rumors doused that idea back in August, though the aftermarket is certainly eager. With this year’s SEMA Show kicking off, BDS Suspension is in Las Vegas with its 2021 Fire Command Bronco that turns a two-door Black Diamond Edition into a rugged rescue pickup.

Ford provided a few details about BDS’s Bronco pickup when it previewed its SEMA lineup a few weeks ago, but now we have even more information from BDS itself – and a lot more photos. The Bronco packs Ford’s 2.3-liter EcoBoost four-cylinder, which pairs to the seven-speed manual gearbox. The Race Red exterior paint and Race Red molded-in color hardtop roof are the foundation for the build, but its good looks are but one feature. The accessories help complete its look. 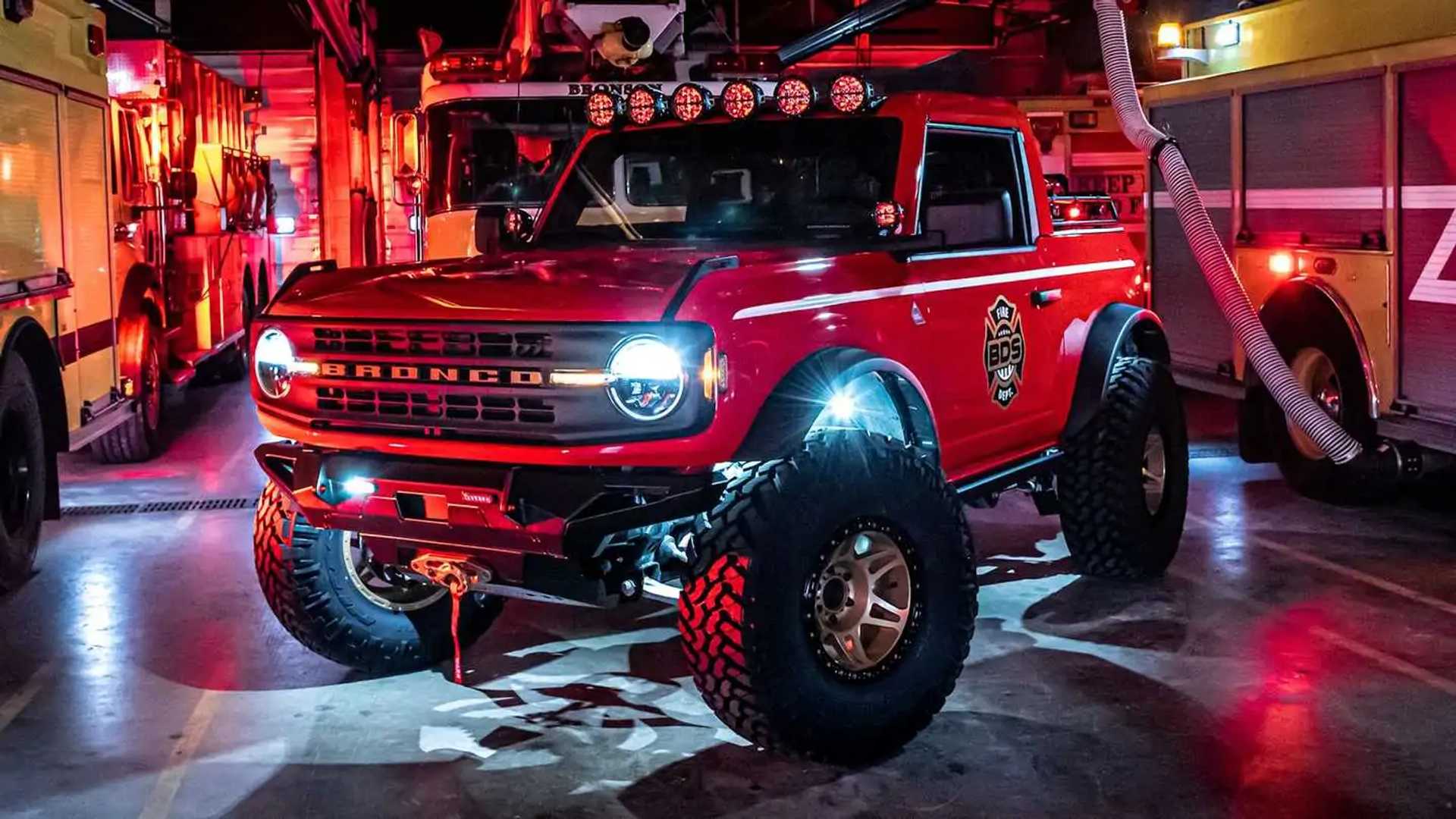 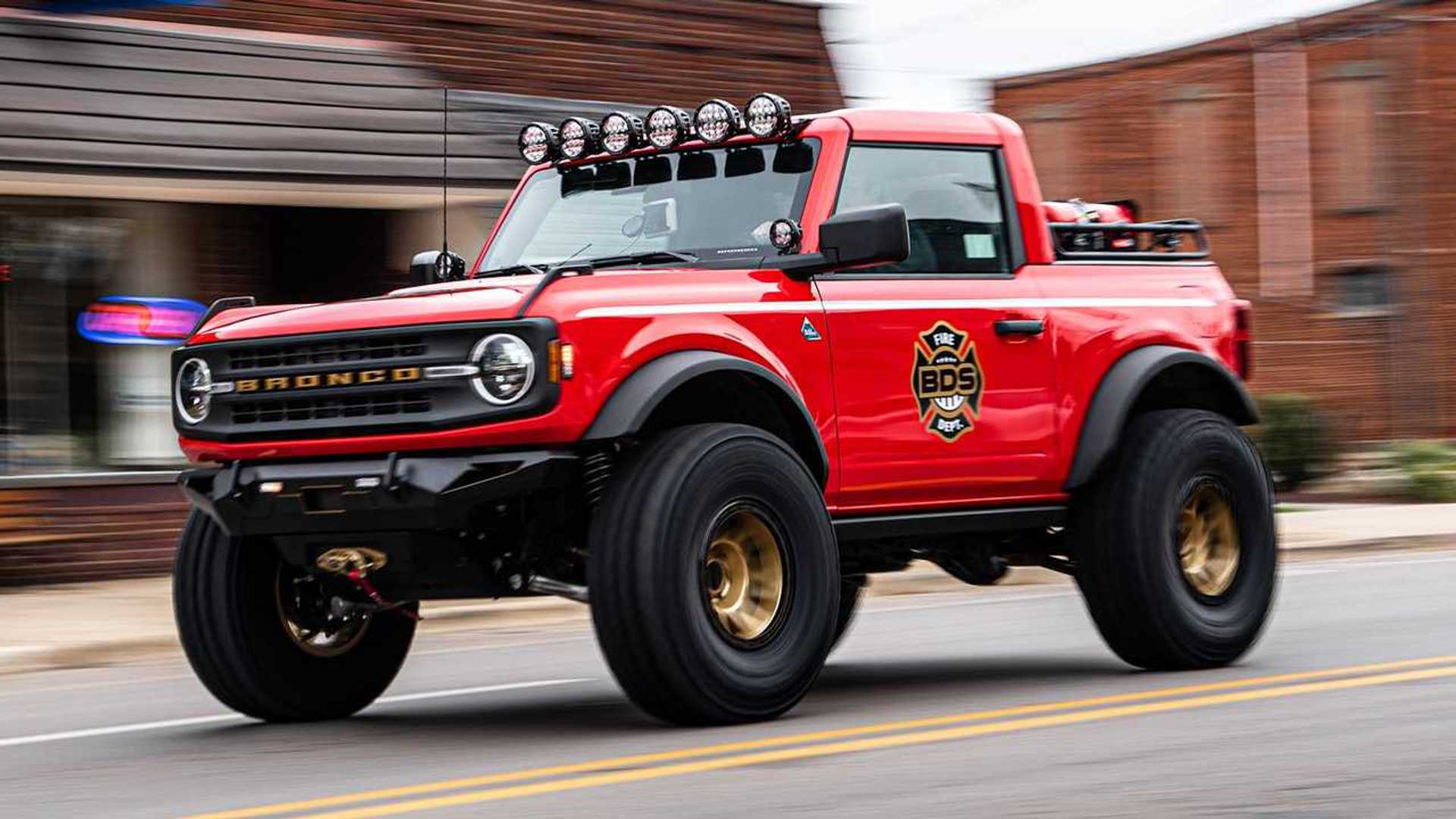 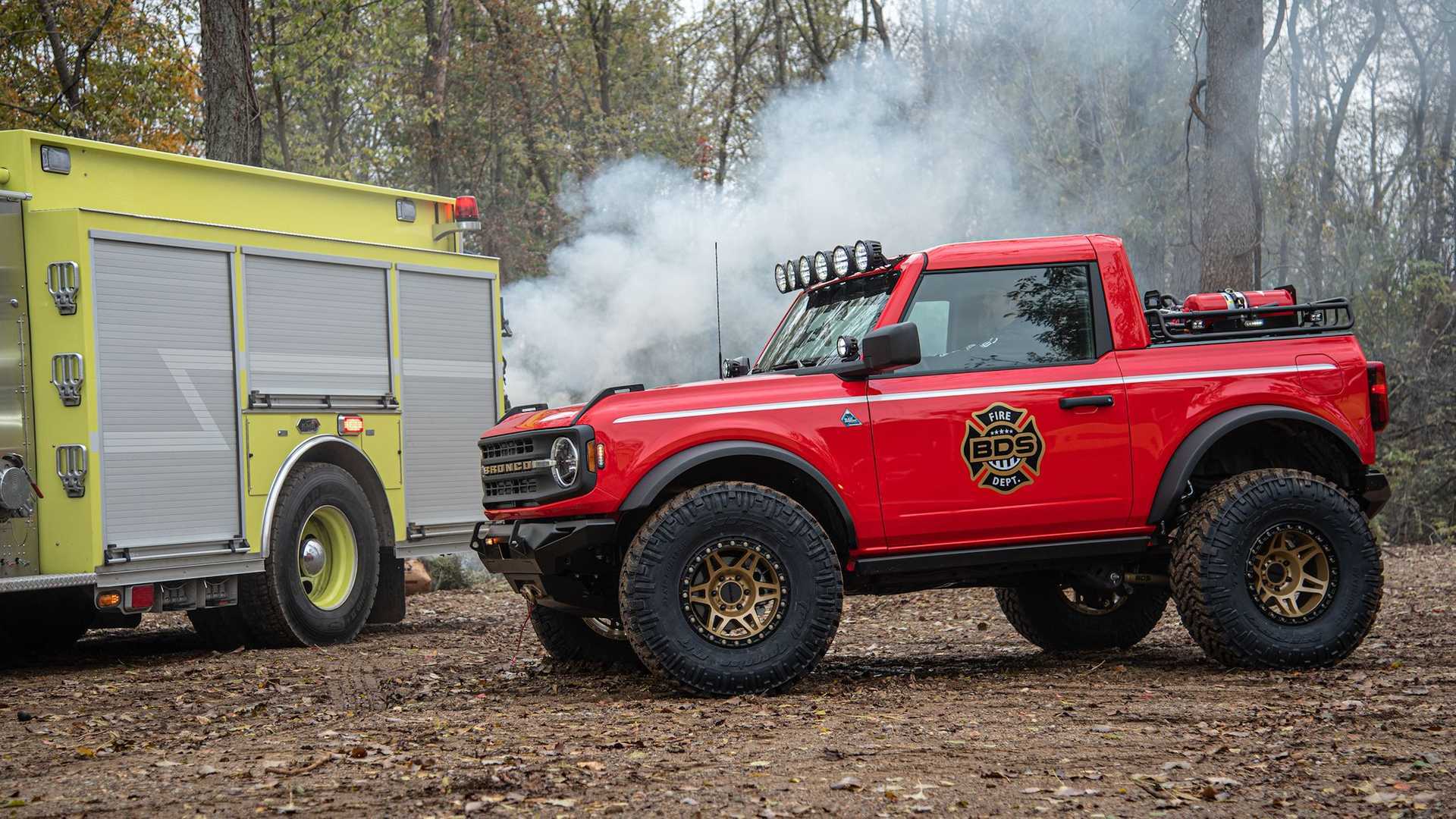 The rear is where the magic lives, with BDS significantly modifying the Bronco’s rear end to not only fit in a bed with a proper tailgate but also fit a collection of accessible rescue gear thanks to the Yakima LoadWarrior basket and fabricated tonneau cover. There’s an ax, chainsaw, shovel, PPE, first-aid supplies, and emergency communications equipment. BDS goes all out on the truck’s rugged look, with two winches, extensive exterior lighting rigs, and a tricked-out interior.

Porsche Is Investing In Synthetic Fuels To Save Old Cars