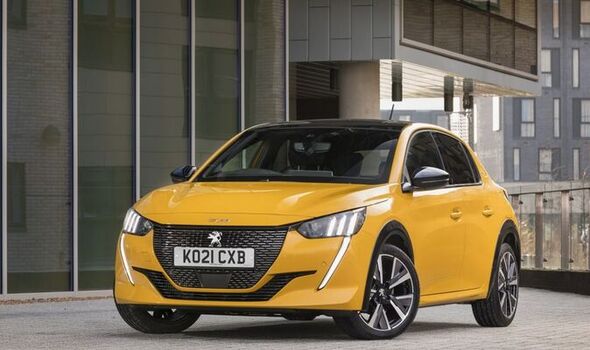 With petrol and diesel prices at an all-time high, fuel economy is one of the most important considerations when buying a new car. Choosing a fuel-efficient car can save a huge amount of money, in addition to being better for the environment. Car listings site CarGurus has put together a round-up of the most fuel-efficient cars you can buy new with petrol, diesel, and hybrid engines.

All the cars are listed with their official combined fuel economy figure, which is measured using the WLTP (Worldwide Harmonised Light Vehicle Test Procedure) process for more accurate numbers.

Best Petrol Cars for MPG
Toyota Aygo X 1.0 VVTi – WLTP Combined MPG: 57.7mpg
The Aygo X from Toyota is one of the most striking city cars to look at and it backs up the bold looks with the sort of fuel economy to keep even your bank manager smiling.

Mazda2 1.5 90 Skyactiv-G – WLTP Combined MPG: 60.1mpg
The Mazda2 proves that petrol cars don’t need a tiny engine to deliver excellent fuel economy figures. Its sophisticated 90bhp motor is more fuel-efficient than its less powerful 75bhp stablemate, and more fun to drive, so you get an enjoyable supermini experience as well as saving at the pump.

Volkswagen Golf 2.0 TDI – WLTP Combined MPG: 68.9mpg
There’s not much a Volkswagen Golf cannot do and it’s one of the best cars for fuel economy in the diesel sector. It comes with Audi levels of build quality, but at keener prices, while those looking at used cars will find the Golf long-lasting and hard-wearing.

Skoda Octavia 2.0 TDI 116 – WLTP Combined MPG: 68.9mpg
This brilliant family car comes with the less powerful 116bhp turbodiesel engine, but that’s not a drawback when it’s refined and offers strong performance across the sort of revs you need in everyday driving.

Peugeot 208 1.5 BlueHDi – WLTP Combined MPG: 71.4mpg
It says a lot about the efficiency of the Peugeot 208 range that it features here as a diesel as well as in the petrol section. The diesel model travels even further for every gallon of fuel it uses, offering a combined economy of 71.4mpg.

Toyota Corolla 1.8 VVTi 5dr – WLTP Combined MPG: 62.7mpg
The Toyota Corolla is a car that has adapted and evolved to constantly meet the needs of small hatch buyers, and that’s the case with the hybrid model. The 1.8-litre version is more economical than the 2.0-litre, so you can expect 62.7mpg average fuel consumption.

Hyundai Ioniq 1.6 GDi Blue Drive – WLTP Combined MPG: 62.8mpg
The Blue Drive hybrid makes sense for anyone who cannot access a charger for electric cars, as it can still drive for short distances on battery power but the back-up of its petrol motor is ever-present.

Toyota Yaris 1.5 VVTi – WLTP Combined MPG: 68.8mpg
The Yaris has a best mpg average of 68.8mpg to make it one of the most efficient cars in this sector. Unlike plug-in hybrid cars, the Yaris only travels for up to a couple of miles on electric power alone. However, its electric motor also helps give the Toyota a decent turn of speed when you need it.

2022 Nissan Pathfinder Pros and Cons Review: Better Than Ever?