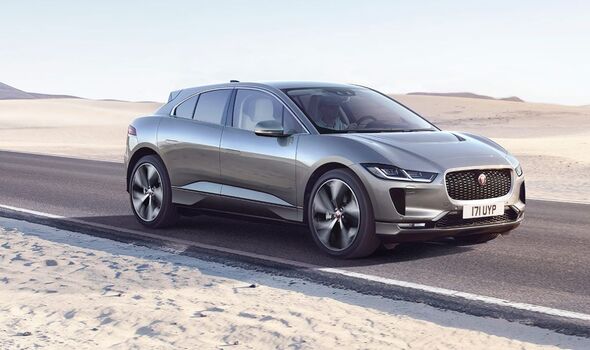 One benefit of powering a car with a battery rather than a petrol or diesel engine is that acceleration tends to be instantaneous and often frighteningly so. Elon Musk has engineered Tesla cars with something called ‘ludicrous mode’ to show off this very thing. But which other EVs on sale are the quickest off the mark?

The I-Pace is not a small car at all, which is one of the reasons that its 0-60 time of just 4.5 seconds is so impressive. Launching an all-electric SUV a few years ago was a brave move by Jaguar and it paid off, with owners loving the styling, handling and outright luxury of the interior. It’s expensive though and charging is slower than rivals.

The Volvo spin-off firm has launched just two models so far, the ultra-limited Polestar 1 and this, the ‘fastback’ four door-thing which doesn’t look that great but does go like a certain substance off a certain stick. The long-range dual motor version is fast enough but an over-the-air software upgrade will add another 50bhp, allowing it to reach 60mph in a face-melting 4.2 seconds. So obviously you’re going to get that.

Bearing in mind that Audi’s RS e-tron is basically a Porsche Taycan in disguise, and that car is one of the most terrifyingly fast vehicles on the planet, it’s probably no surprise that this is pretty swift as well. Two electric motors and four wheel drive propel it to 60mph faster than you can say Vorsprung durch technik, unless you can say that faster than 3.3 seconds.

The aforementioned Taycan comes in all manner of shapes and sizes, but the Turbo S is the most exciting of the bunch, with a frankly menacing sub-three second 0-60 time and the world class Porsche handling that designers wanted to get as close to a 911 as possible. It’ll cost about as much as half a house, but then you’ll probably be out driving it most of the time anyway.

Over 1,000bhp. More than 200mph top speed. And most ridiculous of all, a 0-60 top speed of less than two seconds. All of this in a sensible saloon that will fit a family of four and do almost 400 miles on a single battery charge.
There is nothing faster than the Model S Plaid edition and it’s likely there won’t be anything faster until Mr Musk unveils the Tesla Roadster at some point next year, which at least has the decency of actually being a sports car.