Home » Car Reviews » The EVs with the longest range you can buy – including Tesla, Ford and VW 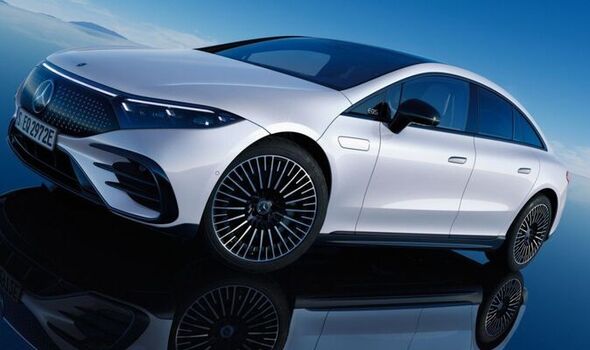 As EVs get ever more popular with a reported 50 percent of all new buyers hoping to pick up a battery-powered vehicle, ‘range anxiety’ is still something of an issue for many motorists. The prospect of not being able to find a fast charger, or finding one broken, is a major problem to many.

However, as battery power and lifetime improves, many manufacturers are getting more and more mileage from a single charge, meaning the majority of journeys can be done without worrying about having to stop.
Auto Express recently put together a list of the current EVs for sale that can get from A to B no matter how far those are apart.

Mercedes EQS – 485 miles
In the EQS 450+ model this version can do almost 500 miles on a single charge. This is thanks to a huge 107.8kWh battery pack and a very low coefficient of drag, so it’s slippery through the air and therefore efficient at speed

Mercedes EQE – 410 miles
Mercedes recently broke the range record with the EQXX prototype, covering almost 1,000 miles in one charge. But its EQE is also one of the class leaders, with a large 90kWh battery in the announced EQE 350 model. It also has rapid charging that allows a 10-80 percent charge in around half an hour.

Tesla Model S – 405 miles
Despite the Model S now being 10 years old, it can still mix with cars being released today in terms of tech and indeed range. Thanks to a major update, the Long Range model can cover 405 miles on a single charge. And you can cover it quickly – the new Plaid edition will do zero-60 in a staggering 1.99 seconds.

BMW iX – 380 miles
BMW’s latest all-electric SUV is a very big vehicle but that allows it to house a battery pack that will do almost 400 miles on a charge. The XDrive 40 model is probably the pick of the range, costing £30,000 less than a Tesla Model X but also covering 260 miles per charge.

Ford Mustang Mach-E – 379 miles
Although it was controversial on release, the electric Mustang has proved something of a hit for Ford, selling incredibly well around the world. It’s quick, which helps, but it also covers long distances on a charge, with the 88kwh battery doing close to 400 miles. The range-topping GT will also do zero-60 in sub-four seconds, which is supercar speed.

BMW i4 – 367 miles
Although the i4 M50 we recently tested is undoubtedly the most exciting version of this electric BMW model, one step down will give you the best mix of range, at 367 miles, and speed, with a 5.7 second zero-60 time. It looks great too, based on the Four series body and with neat styling touches like blue trim throughout.

Tesla Model 3 – 360 miles
By the end of last year the Tesla Model 3 was the best-selling car in the UK and it’s not hard to see why it has proved so popular. An unrivalled charging network backed by almost 400 miles of range in the long range version, plus that huge screen. That version does set you back almost £50,000 however.

Tesla Model X – 360 miles
Eye-wateringly expensive it may be, but the Model X will do a lot of miles on a single charge, which means reasonably costs to run, if you don’t consider insurance. The Long Range model will do the full 360 miles, but the Plaid will only do 340. Those missing 20 miles are probably worth it though when you consider the 2.5 second zero-60 time, which is faster than a top-of-the-range Porsche 911.

Volkswagen ID.3 – 336 miles
VW’s electric family hatchback is reasonably priced at a starting cost of £28,000 after the Government grant, but it packs in a lot for the money. It’s laden with technology even in the base model and it will cover the equivalent distance of London to Newcastle on a single charge. Plus some left over to go and buy a stottie cake.

Polestar 2 – 335 miles
Volvo’s spin off company Polestar recently announced a special performance edition of the Polestar 2, but the standard version is well-worth considering. Even the base model will do almost 300 miles on a charge and has a huge amount of features inside including heated seats, built-in google and cameras.