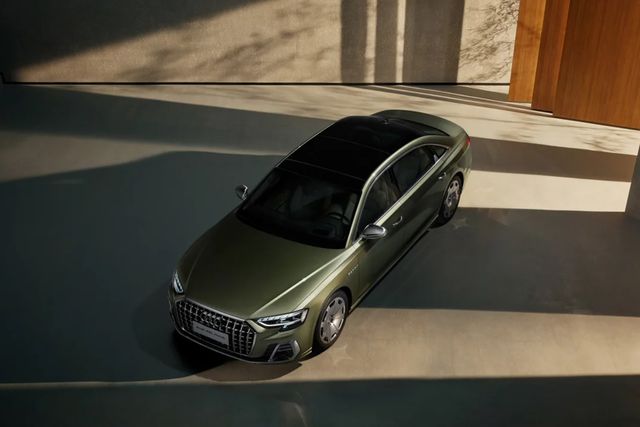 Many folks may not recognize the name Horch unless they go to a lot of concours events, but it’s a name that people in the Audi world have been talking about since the debut of Mercedes’ Maybach 57 and 62 nearly two decades ago. August Horch’s name has been often linked to talk of an ultra-luxury, stretched version of the range-topping Audi A8 L sedan, either as a sub-brand or a standalone brand of its own.

Obviously, nothing quite like the Maybachs of the 2000s has rolled out of Ingolstadt since Mercedes’ own experiment, which met with mixed results, with the Maybach name eventually becoming attached to range-topping versions of S-Class and Pullman limos. Audi had largely left coachbuilding and armoring efforts to third-party manufacturers, given the volume of demand for such vehicles.

But the Horch name is back for an exclusive A8 that has been stretched at the B-pillar beyond the extra length that the L version offered, aiming to become Audi’s version of the Mercedes-Maybach S-Class. This approach differs from what Mercedes had done, reworking the whole rear section of the S-Class and giving it a square door and a resculpted door frame, so the Audi model is closer to how BMW had created the E38 L7 in the 1990s.

One difference, of course, is that the A8 L Horch won’t offer the option of a powered partition, as could be found in the L7. 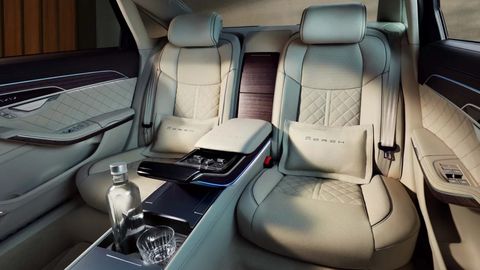 The formula, however, is the same: Offering rear-seat passengers extra legroom, with Audi stretching the A8 L by an extra 5.1 inches, giving it a noticeable longer rear door along with some stylistic details to set it apart from mere A8 L sedans.

The result is a four-seater with an impressive center console for the use of rear-seat passengers, featuring an infotainment screen, a fridge, and other controls, along with reclining rear seats. What it doesn’t feature is a massive engine underhood, receiving a turbo V6 in a 48-volt mild-hybrid flavor.

The reason, of course, is that the A8 L Horch will be offered in China, where large engines are not really an asset given the New Energy car mandate and the city-centered, chauffeured luxury sedan culture.

Whether it will receive other engines if it makes it to Europe—including Russia, where long-wheelbase German sedans are also in particular demand—remains to be seen, but we wouldn’t bet on the Horch making it stateside. 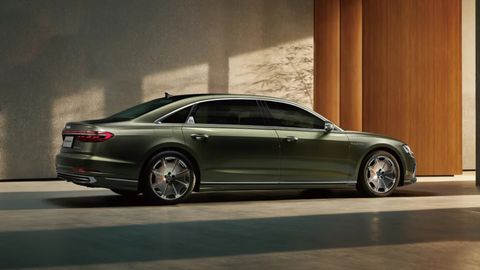 The appeal for such sedans remains quite limited in the US compared to Europe and certainly compared to China, where automakers even offer stretched versions of cars like the Audi A4 and BMW 3-Series. So an even longer A8 L that wasn’t made by a coachbuilder was perhaps long overdue, as car buyers in China have had the A4 L and A6 L for well over a decade. Of course, given how well sedans overall have been selling stateside, we can’t really blame Audi for keeping it out of North America.

It’ll be interesting to see where Audi takes the concept with the next-gen A8: the Horch name could be back on an even more intricate sedan.

Would this model sell well stateside, or is this purely for countries where there are more chauffeured sedans? Let us know in the comments below.

California: Plug-Ins Accounted For 32% Of Volvo Sales In January 2021