Some time ago, Tesla CEO Elon Musk noted that the EV maker’s factory in Germany would have the most advanced paint department. He also said that new colors would have special layers that would change slightly depending on the curvature of the car’s body. The colors have also been said to change noticeably depending on lighting and angles.

You may have seen some other new cars that have such innovative paint. They can look like one color during the day, another color at night, and even another color if it’s overcast or exceptionally sunny. Car colors like this seem to be impacted not only be lighting and shadows, which changes as the body panels bend and curve, but also by your perspective as you look at the car.

More recently, Tesla announced two new colors that will be exclusive to the Model Y crossover, and only those vehicles built at Tesla’s Giga Berlin will be available with the colors, at least initially. The new paint colors are named Quicksilver and Midnight Cherry Red, and they’re pricier than most other colors, at €3,000 and €3,200, according to Teslarati. 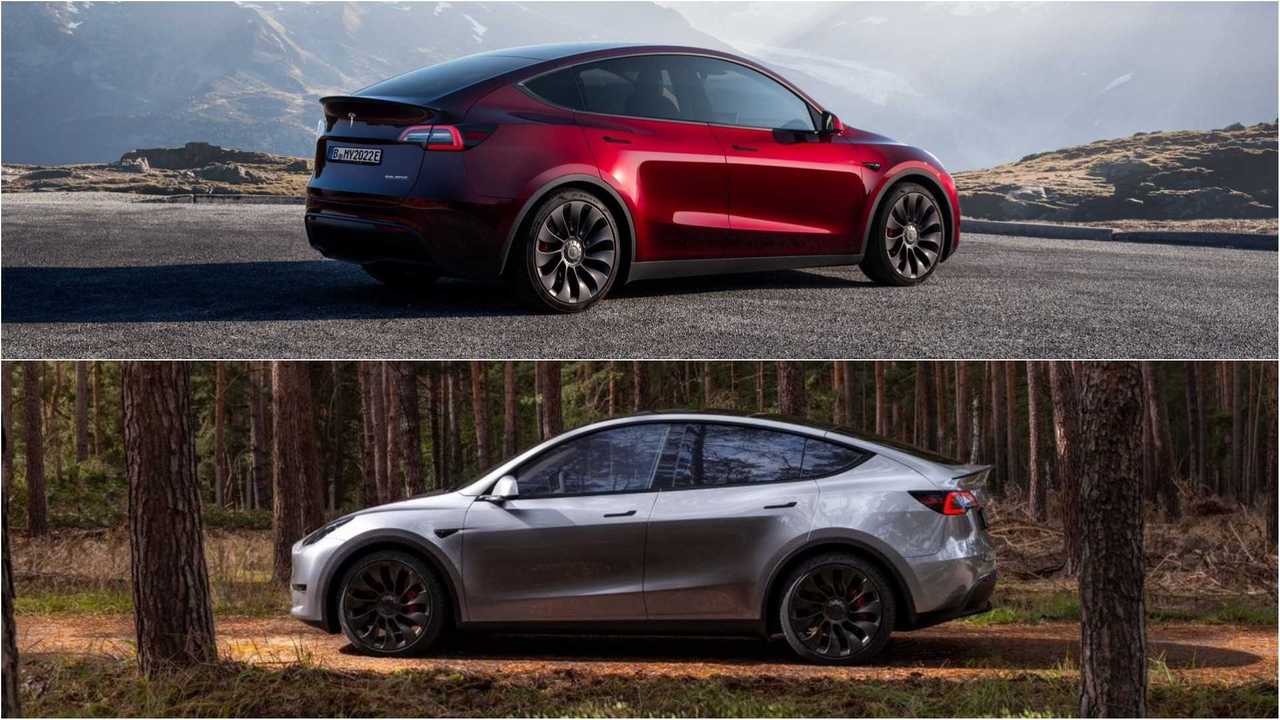 We’ve seen images of the Model Y wearing the new paint colors, though most are stock photos provided by Tesla, like those above. There have also been some reports of cars with the new Quicksilver paint sitting in lots at Giga Berlin, of which some photos have been posted online, though that’s not yet true of the red color. However, a new Model Y owner posted an image of a sample of the new paint on the TFF Forum. 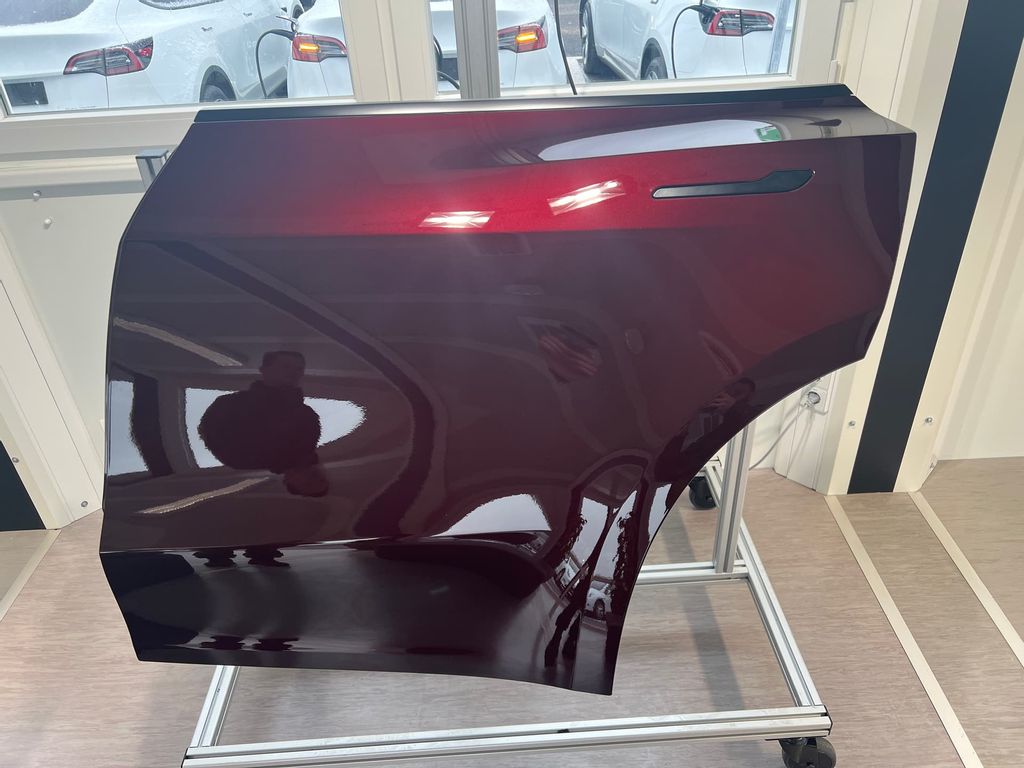 This is probably the first crystal clear, up-close, real-world photo we’ve seen of the Midnight Cherry Red paint. To be clear, the Model Y owner didn’t take delivery of a car with the new paint, but the folks at Tesla Germany showed him the sample while he was on site.

According to the TFF Forum member (Benny 0711), the new color does appear to change based on the lighting. Teslarati notes that Benny said the Midnight Cherry Red color can look either “extremely dark or brightly radiant.” Clearly, this isn’t something you can determine by looking at a still image, so we’ll have to take his word for it. However, this comes as no surprise since many of today’s new car colors have such a feature.

As far as we understand, Tesla isn’t yet producing Model Y crossovers with the new red paint. Teslarati writes that if you order one today, you may not take delivery until the summer of 2023. Model Y vehicles with the Quicksilver paint are expected to come about three months sooner.