It’s amazing what a “bird” can see.

Remember when Tesla CEO Elon Musk blamed himself for too much automation too soon? The company has been committed to using robots and plenty of automation. In fact, Musk believes manufacturing is something that will give Tesla an edge going forward. However, earlier in Model 3 production, over-automation was one concern cited during “production hell.”

Fast-forward to the present and Tesla is using what Musk calls the “biggest casting machine ever made.” Drone operator and YouTube channel Gabeincal spotted the Giga Press operating as he was searching the Fremont factory grounds for details related to a potential Model S and Model X refresh.

Tesla has mentioned the Giga Press on multiple occasions. It plans to use the massive robotic manufacturing machine at multiple factories around the globe. The goal is to not only speed up production, but also to make Tesla’s vehicle building process more efficient and consistent. Perhaps most important, the process should also make Tesla’s vehicles safer.

Consistency still seems to be lacking when it comes to Tesla’s vehicles. While many are delivered in tip-top shape, others appear to have obvious quality control issues and fit and finish concerns. 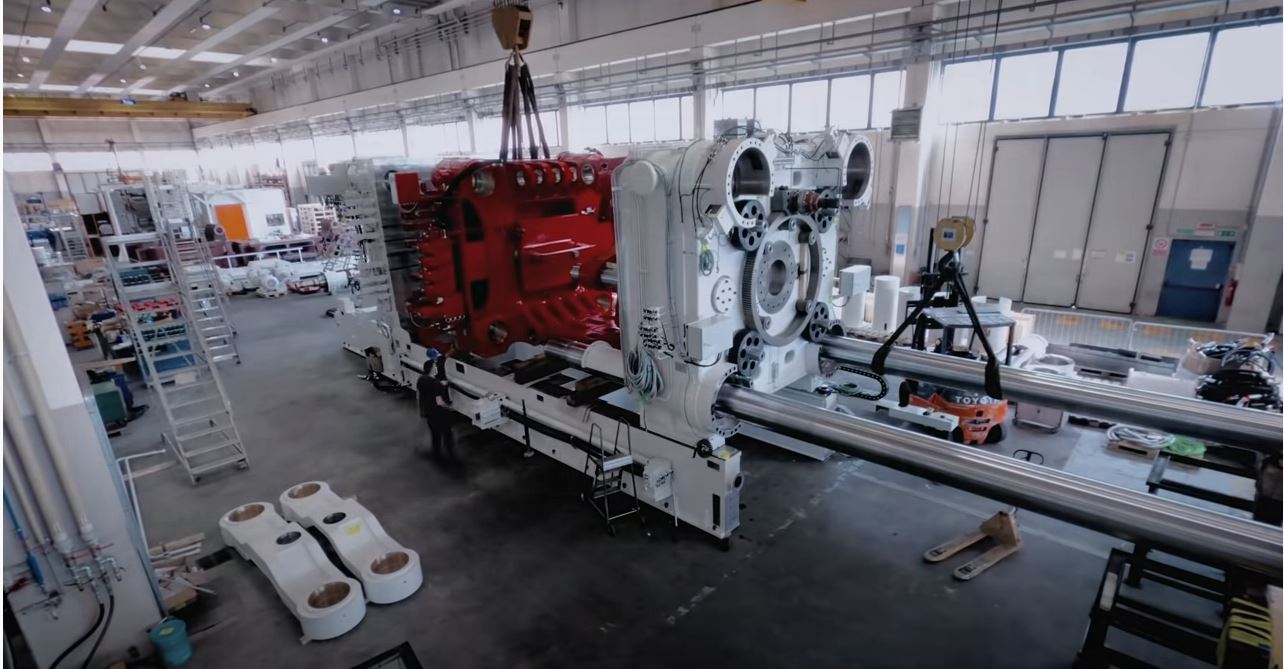 The colossal size of the Giga Press is an attention-getter. We previously shared a video showing the machine being assembled. As you can see, it’s clearly the size of a small house. According to IDRA – one of the manufacturers of the machine – the Giga Press measures 64 feet long and 17 feet tall. It weighs in at a whopping 417 tons.

We’ve embedded the video at the top of the page to start around the five-minute mark, where you can see the Giga Press in action. However, the entire video is definitely interesting to watch.

Scroll down to the comment section and let us know what you think. Is the Giga Press the answer to speeding up Tesla’s production efforts while assuring better quality vehicles? Is it just more over-automation?