Electric bicycle manufacturer Super73 knows how to have a good time. From its Star Wars-themed YouTube video going viral in 2017 to celebrity co-signs from Will Smith and Post Malone in 2018, the Irvine, California-based brand turned its little bike into big business. By 2020, Super73 bolstered its fun-loving identity with performance-based models, ushering in a new era in the company’s history.

Those up-spec variants may unlock extra capability but they also push the sticker price as high as $4,800. Appealing to a more budget-conscious crowd, Super73’s Z line favors minimalism over might. The mid-range Z Miami model masters the delicate dance between bare bones and handsomely equipped, between bountiful and bargain basement. Before we can discuss how the pared-down package performs, we need to consider just how Super73 prepares the Z Miami.

A conventional chain drive helps power the Z Miami, but the 18,650-cell, 615-watt-hour battery is the true star of the show. That moderately-sized power cell recharges in 6-7 hours on the provided 2A charger and Super73 claims it yields 30-50 miles between fill-ups. When in use, the battery hangs from the 6061/7005 aluminum frame’s top tube, but the removable unit quickly slides out of its docking station as an easy charging option.

That power pack pairs to an internally-geared, brushless DC hub motor, which cranks out 750 watts (nominal)/1,200 watts (peak) in all four ride modes. Both Class-1 and Class-2 modes top out at 20 mph, but the latter deactivates the model’s thumb throttle. Similarly, class-3 mode only offers pedal assist yet increases speeds up to 26 mph. The “Off-Road” mode removes all restrictions by reactivating the thumb throttle and boosting the top speed to 28 mph.

Four pedal assist modes (Eco, Tour, Sport, and Super) help users tailor the power profile to personal preferences and given circumstances. Riders can keep track of all the model’s modes and miles via the mini-LCD display mounted at the left hand grip and the Super73 mobile app. However, the Z Miami forgoes many other luxuries.

Those cost-cutting measures do beg several questions, though. Can the Z Miami still deliver the good times we’ve come to expect from Super73? Will the pared-down package outpunch its spec sheet or does it border on basic? There’s only one way to answer these questions: riding the Z Miami.

Can’t Put a Price on Fun

Accessibility has long been Super73’s strong suit. That’s no different with the Z Miami. Thanks to its 28-inch seat height, 59-pound weight, and 325-pound weight limit, riders of various shapes, sizes, and inseams can take to the squat e-bike. It’s that affable nature that makes the Z Miami such an easy-going campion, and the ride quality upholds those mild manners.

Super73 may save its fine-tuned suspension for its flagship models, but Z Miami rolls smoothly on its wide-section Trooper tires. However, the 20-inch rims belie those balloon tires, helping the e-bike slither through the tightest turns. Fortunately, the road-oriented tread pattern provides sufficient grip on both asphalt and concrete, but all that agility sacrifices the model’s stability. 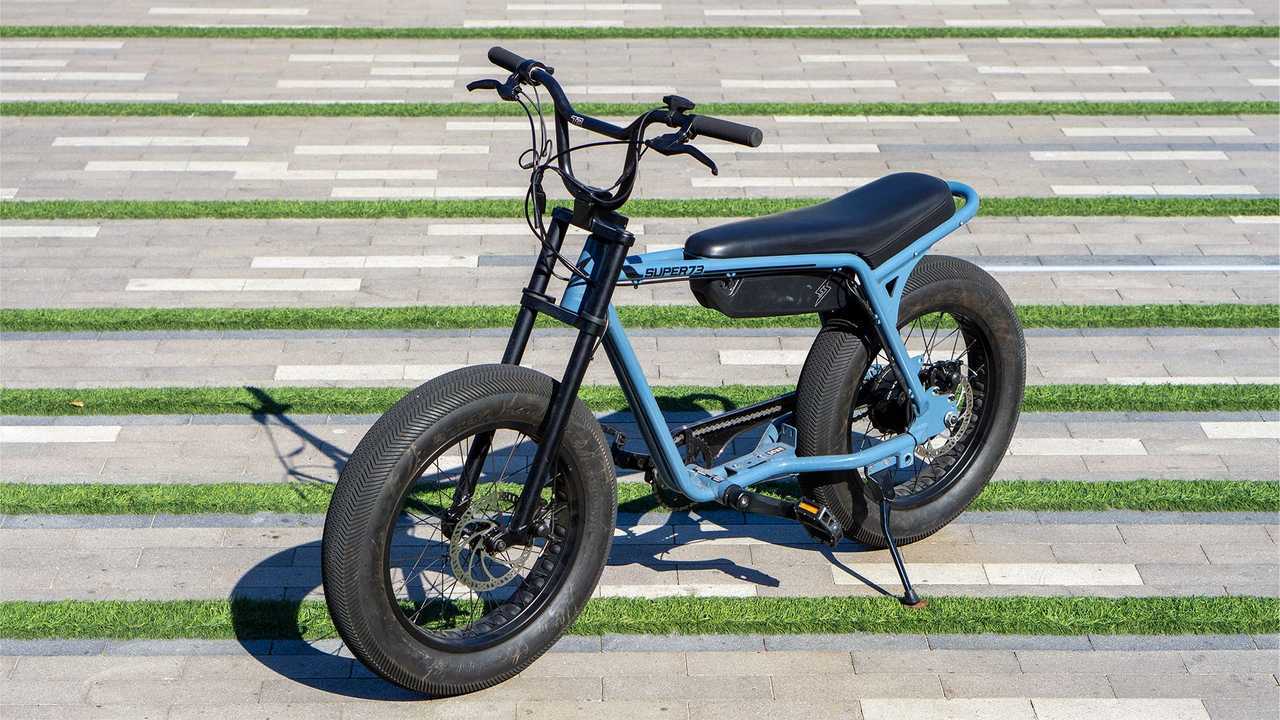 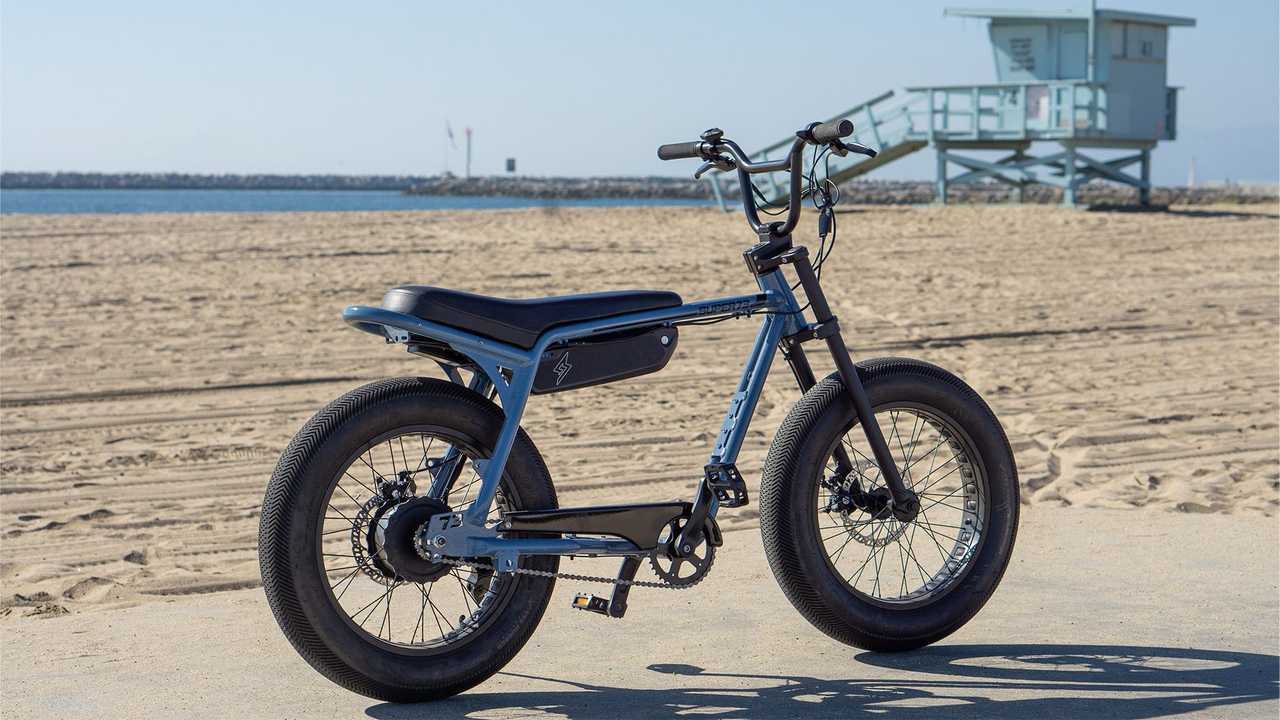 With two hands on the bars, the Z glides along with nary a wiggle. But, pedaling sans hands quickly exposes the electric bike’s twitchy tendencies. Of course, customers don’t flock to Super73 for its handling pedigree. Yet, those looking for unadulterated fun need look no further than the Z Miami.

The model’s trapezoidal frame closely resembles a Coleman Mini-Bike, but the low-sitting ergonomics mimic that of classic BMX (bicycle motocross). Riding the Z Miami as such returns the best results. After all, you’re never too old to jump curbs, skid to a stop, or huck a wheelie. Sure, my knees created sharp acute angles at the top of the pedal stroke. Yes, the ultra-soft seat lost its supportive qualities after an hour or so. Those minor foibles are easy to overlook when riding like a 10-year-old. 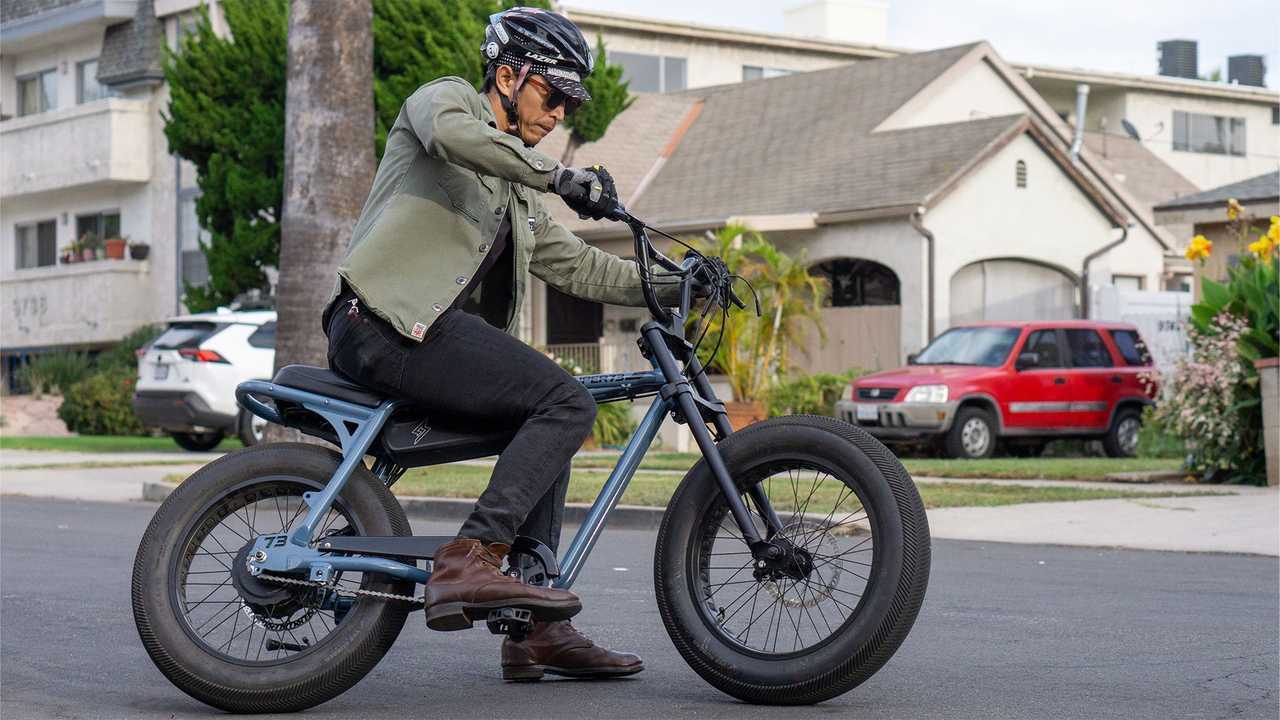 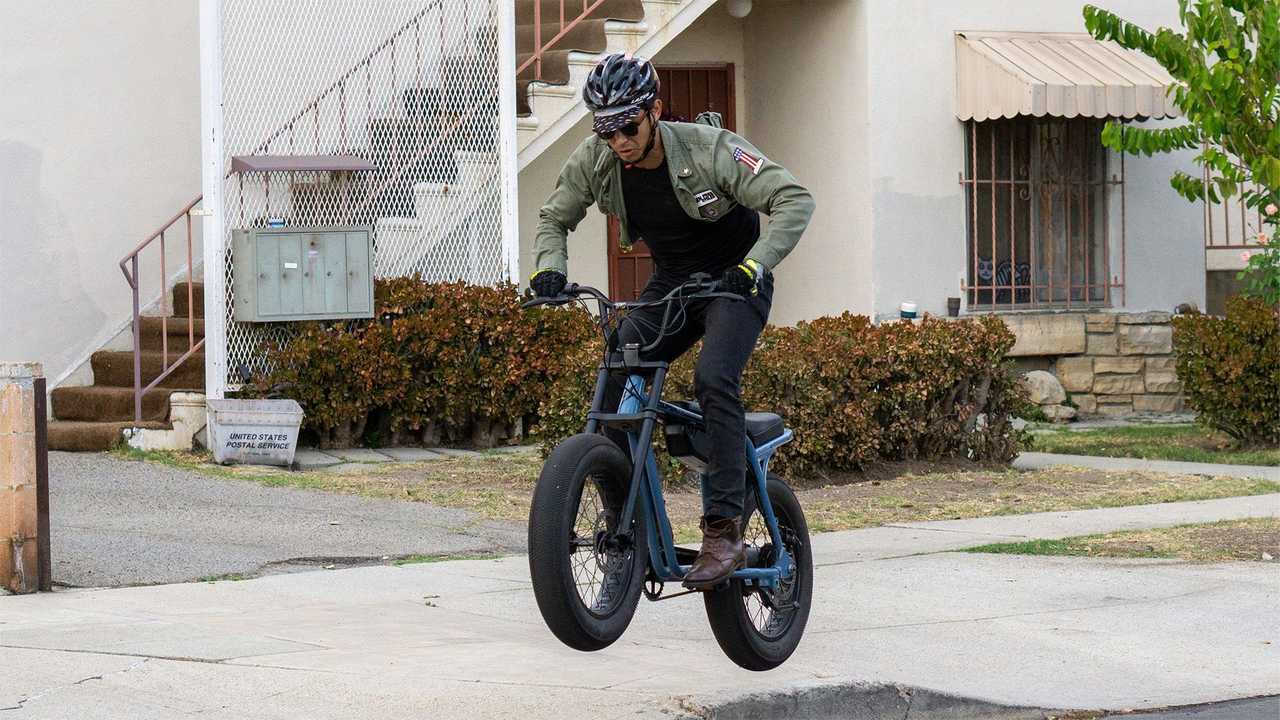 When it’s time to grow up, the Z is happy to oblige. Commuters can count on the Super73 netting around 30 miles per charge. Most urban owners cover less distance during their daily commute. Long-distance riders can even recoup the Z’s full power over the course of the workday. As electric bikes go, the resulting range highly depends on the user’s riding style.

If you’re planning on going fast, don’t plan on going far. In “Off-Road” mode, the Z Miami only covered 23 miles. Mode 3 gained four additional miles, while Mode 2 easily exceeded 30 miles. Only Mode 1 delivers on the LCD display’s 37-mile estimate. Whereas modes 3 and 4 prioritize performance, the two eco-minded modes do little more than ease the pain of the Z’s short gearing. For that reason, the user pays the price when they zap the battery’s power. That’s what makes the Z Miami a fun e-bike yet a sub-par pedal bicycle. 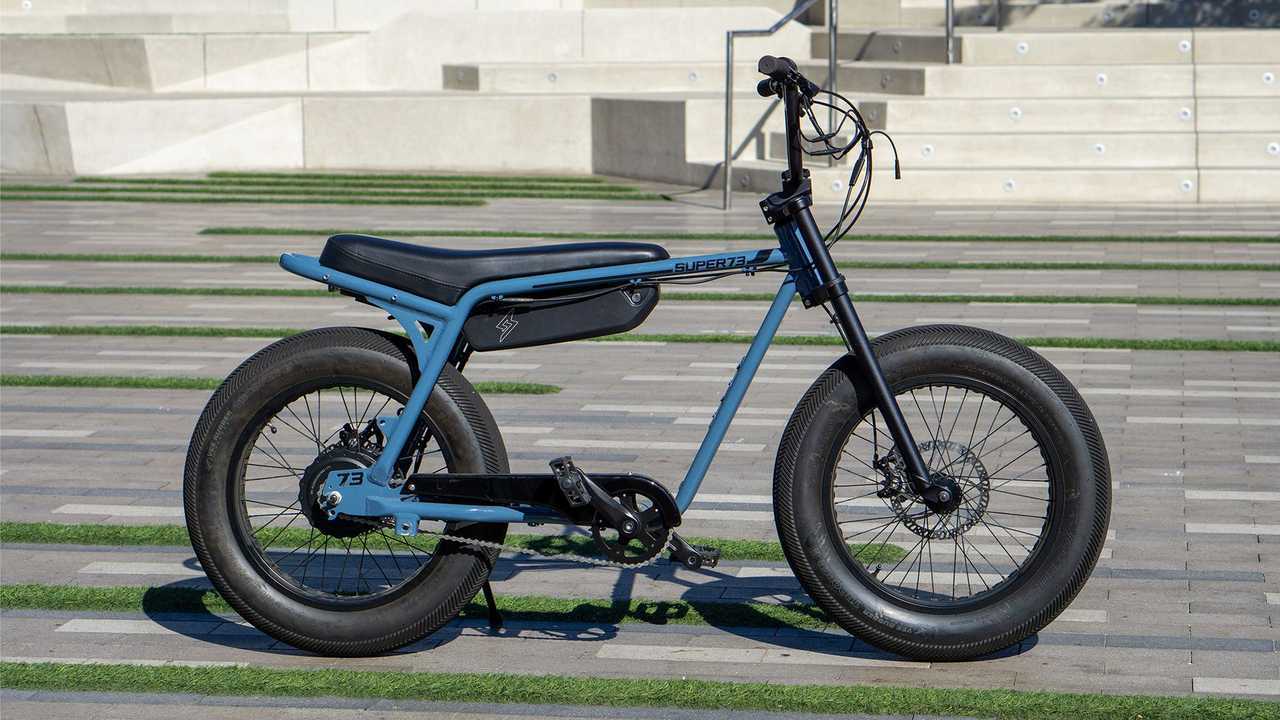 Super73 doesn’t lavish the Z Miami with accessories we’ve come to expect from the self-proclaimed lifestyle adventure brand, but it never dilutes the fun in the process. The entry-level model still reaches up to 28 mph and nets between 30-40 miles per charge, all while capturing Super73’s playful demeanor. Most daytime riders won’t need the headlamp or taillight gracing other models, but buyers planning on pinning the throttle in “Off-Road” mode may want to add a horn for extra safety.

Starting at $1,995, the Z Miami is one of the best bargains in Super73’s lineup. The model’s accessibility, both financially and physically, positions it as a prime alternative to expensive flagship two-wheelers. When some electric bikes cost nearly as much as a small car, it’s refreshing to see Super73 bring e-bikes to the masses. Admittedly, the Z Miami concedes many advanced features in the process, but fun isn’t one of them.

If you’re interested in purchasing a Z Miami, or any Super73 e-bike for that matter, head over to the brand’s website or locate the nearest dealer at the dedicated webpage. For those new to the electric bike landscape, Luna Cycle, Juiced Bikes, and Onyx Motorbikes offer comparable competitors.