The company is already engaged in the battery-electric and plug-in hybrid segment, but according to the latest press release, it would like to achieve zero-emission driving, long-range, short refueling time and no compromises in terms of payload by using hydrogen fuel cells. Of course, all in a package available at a reasonable cost. But is it even possible? 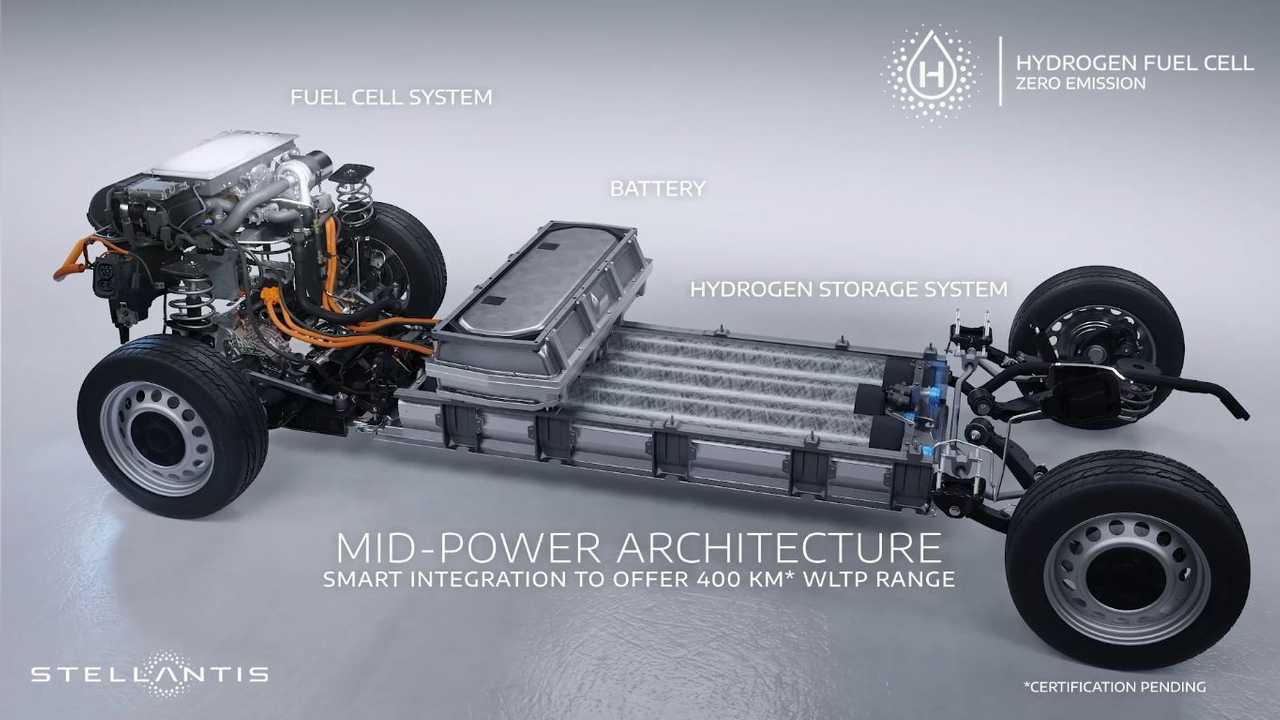 Together with its partners – Faurecia and Symbio – Stellantis has decided to use a mid-power solution, which is a 45 kW hydrogen fuel cell stack, with a 4.4 kg hydrogen tank (700 bars, under the floor), combined with a relatively small 10.5 kWh battery (buffer).

The fuel cells will be used to provide a relatively flat power output, while the battery would take the acceleration/deceleration (regenerative braking) task, with an option to recharge from the grid (plug-in capability).

The other solutions are even smaller, range-extender FCVs or full-power FCVs, but those are not included at this point: 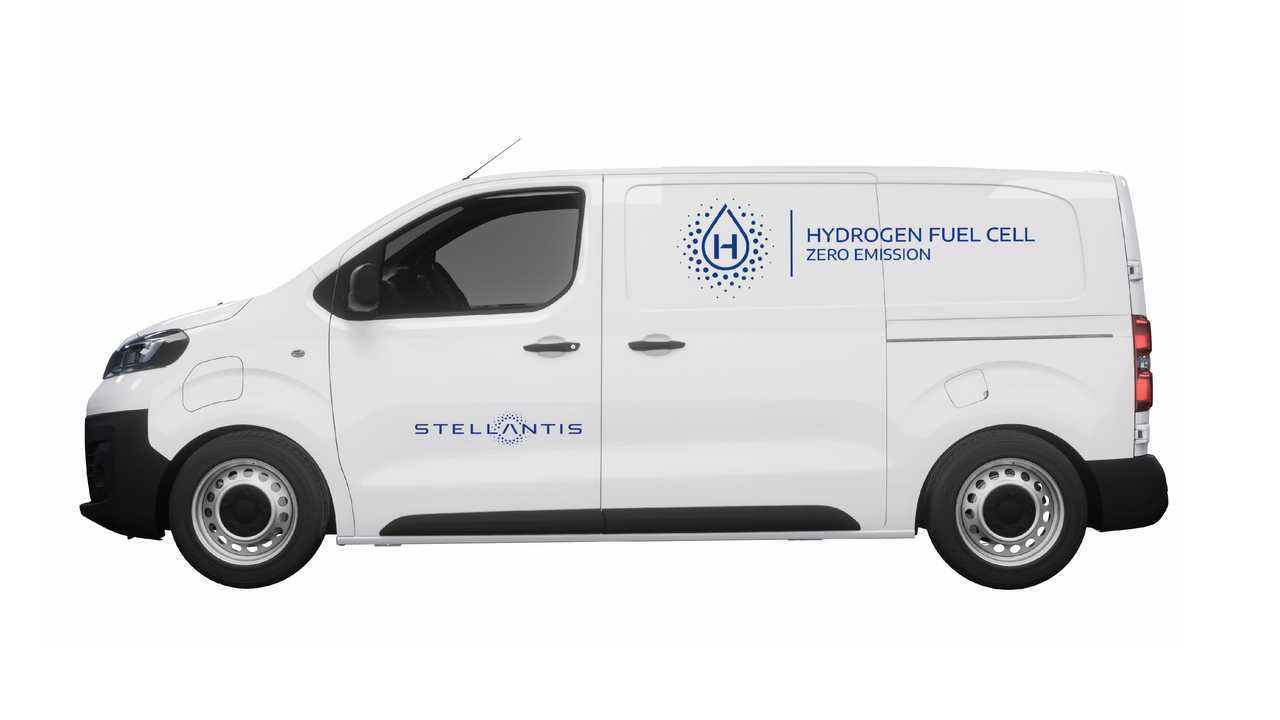 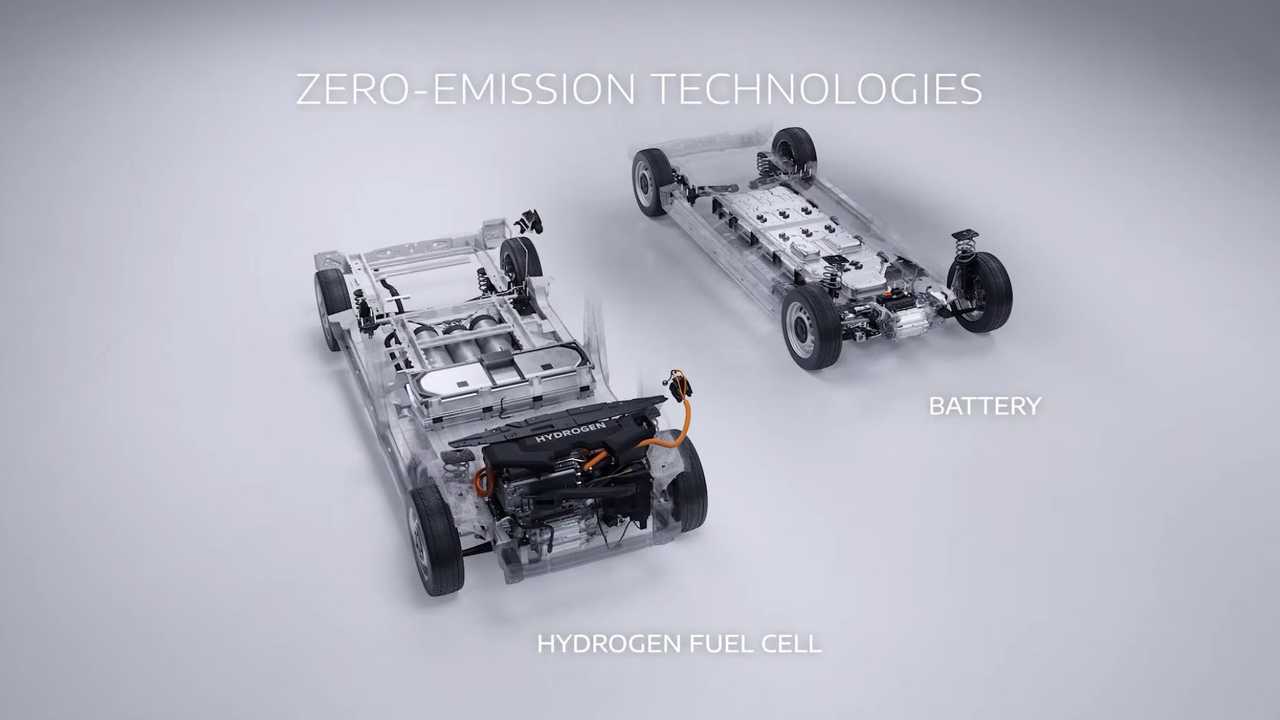 The preliminary specs say that Stellantis’s FCVs will be able to achieve a range of more than 400 km (250 miles) WLTP and refuel the hydrogen in about 3 minutes.

The cargo volume and loading capacity will be the same as in the combustion engine version. And finally, the vehicle will be 100% zero-emission.

The 10.5 kWh battery with an output of 90 kW and possible charging power of 11 kW (for overnight charging) would be an additional perk (its role is mostly auxiliary – because fuel cells lack power flexibility – as the battery range will be very small).

The electric motor (100 kW and 260 Nm) will be shared with the battery-electric models.

The currently available PSA mid-size vans already can be ordered in one of two battery versions (50 and 75 kWh), with a WLTP range of up to 330 km (205 miles), and battery energy density has the potential to be improved. Those vehicles can also DC fast charge (by 80% SOC) in 30 or 45 minutes, depending on battery version. You can add those missing 70-100 km (the difference to FCVs) in a matter of 10 minutes when loading/unloading the vehicle, using a 3-phase AC charging station at the shop.

BEVs can start each day fully-charged, while the FCVs don’t have the infrastructure to even benefit from the higher range.

In other words, nothing has changed in the industry and the final question is the cost. Whether the FCV will be at least similarly priced to the 75 kWh battery version? Our guess is no.

Stellantis said that it will start production of hydrogen LCVs by the end of 2021, but the location of Opel Special Vehicle (OSV) in Germany suggests that it will be only a pilot scale.

2021 Toyota Mirai Long-Term Test Update: What Is It Doing To Us?