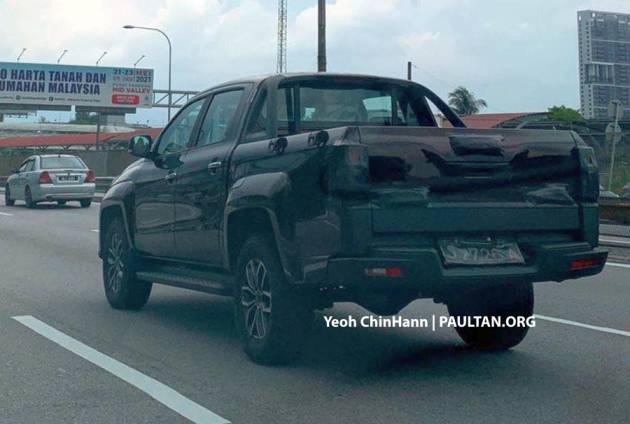 Another Chinese brand looks set to enter the Malaysian market, as indicated by the sighting of this test mule. Reader Yeoh ChinHann spotted the taped-up pick-up on making its way on the Federal Highway, and duly snapped some photos of the unit, which happens to be a Jiangling Motors Corp (JMC) Vigus Pro.

The debut of the JMC brand here isn’t a surprise, as it was signaled last year when Tan Chong Group company Warisan TC Holdings announced that it was entering into a manufacturing and assembly contract with the Chinese automaker through its Angka-Tan Motor subsidiary. At that point, the indicated first model was listed as the JMC Yuhu 7 pick-up. 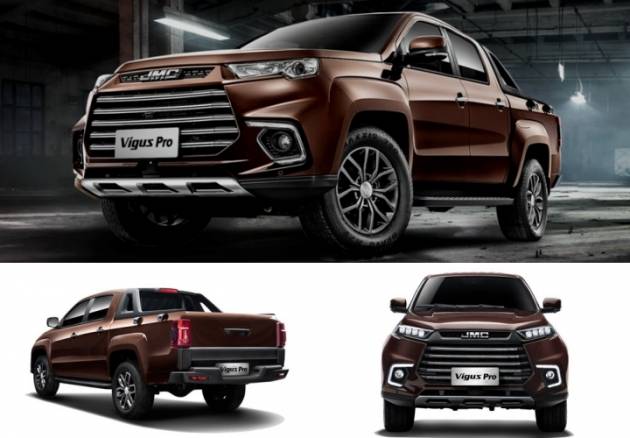 This looks to have been changed to the Yuhu 9, which has a bolder front end compared to the 7. Based on a search, the not-yet public local site shows the Yuhu 9, unmistakable from its prominent grille. Here, like in other export markets, the Yuhu will be known as the Vigus, and in this case, with a Pro suffix.

Of course, there’s the possibility that the Vigus nameplate ifself may be changed for local consumption, given that Warisan TC has in the past carried out such activity, as shown by the 2013 rebranding of the Foton Tunland to the Bison Savanna. 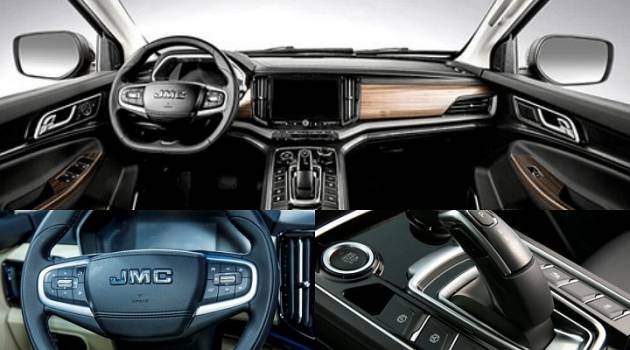 No tech details have emerged on the local spec Vigus Pro, but in other markets, the truck is available with a Ford EcoBoost 2.0 litre GTDi petrol mill offering 217 hp and 350 Nm, which is paired with an eight-speed ZF auto transmission. There’s also a 2.4 litre turbodiesel (again, from Ford) and a manual transmission option.

It isn’t the only Chinese brand that the group is involved with – last year, Tan Chong Motor Holdings’ (TCMH) subsidiary TC Overseas Assets Holdings Labuan (TCOAHL) inked a MoU with GAC Motor International on the potential and feasibility of selling and assembling GAC models in Malaysia and Vietnam.