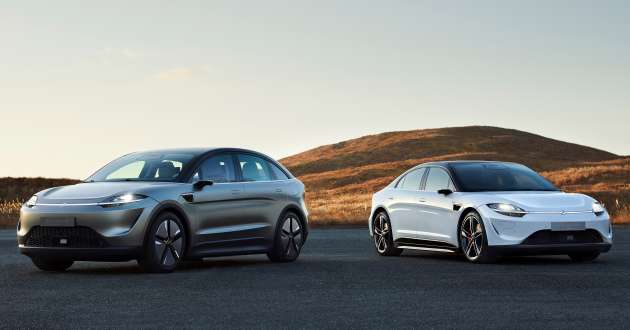 Sony Honda Mobility has been formally established, following the initial announcement of the joint venture in June this year. This came after the two Japanese conglomerates signed a memorandum of understanding (MoU) in March for the joint development of “high value-added battery electric vehicles” and for their commercialisation.

The formal establishment was announced by the joint venture’s representative directors, chairman and CEO Yasuhide Mizuno (from Honda) and president and COO Izumi Kawanishi (from Sony). In its statement, Sony Honda Mobility (SHM) aims to become a software-oriented “mobility tech company” through providing value-added products and services, and by building new relations with customers.

Pre-orders for the first product from SHM will commence before the end of 2025, according to the joint venture, which will be followed by the first customer deliveries for United States customers in the northern hemisphere spring of 2026. Deliveries in its home market of Japan will start in the second half of 2026, according to SHM; its first product will be manufactured at Honda’s factory in North America.

The high-value EV concept, as dubbed by SHM, will bring Level 3 autonomous driving capabilities under limited conditions as well as to enable Level 2+ driver assistance in a wider range of circumstances, such urban driving, said SHM. A new human-machine interface with cloud service connectivity will also be introduced.

Sony Honda Mobility is headquartered in Minato-ku in Tokyo, Japan, with capital of 10 billion yen (RM319 million). The investment ratio is split equally between Sony Group Corporation and Honda Motor Company at 50% apiece, and the board is comprised of Shugo Yamaguchi as director and deputy president, Kojiro Okabe as director and EVP, Manabu Ozawa as director from Honda and Naoya Horii as director from Sony, in addition to Mizuno and Kawanishi as the aforementioned representative directors.

In January 2020, Sony unveiled the Vision-S show car at CES 2020, arriving as a showcase for the consumer electronics giant’s prowess in the field of sensors and software. The concept car was unveiled to be packed with an array of cameras, screens, autonomous driving capabilities, as well as streaming services for Sony’s multimedia catalogue and the ability to connect a PlayStation gaming console.

This was followed by the Vision-S 02 concept seven-seater, almost exactly two years after the sedan which had since been renamed the Vision-S 01. Though Sony initially said it wouldn’t produce the vehicle for mass consumption, it had been conducting road tests, and it soon enough emerged that the electronics brand has already started its search for an automotive partner to commercialise its EV project.