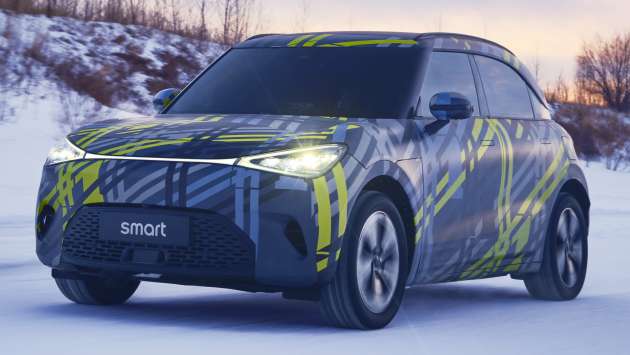 It’s obvious by now that Geely has a penchant for using numbers as model names. While this is a growing trend industry-wide, the Chinese conglomerate is notable for the fact that almost every single brand it owns is using an almost identical naming structure. Need examples? Look no further than Polestar (1, 2 and 3), Lynk & Co (01 to 09) and Zeekr (001).

The company is now adding smart to the list, the brand confirming the #1 moniker for its forthcoming electric SUV, the first model jointly developed by Geely and Mercedes-Benz. The small car expert is no stranger to numerical labels, previously using fortwo and forfour to refer to its two- and four-seater models respectively.

The inspiration for the new naming convention is pretty straightforward. Yes, smart is trying to be hip and cool by using a hashtag for its models in order to show that it is, indeed, a trendsetter. Sounds a bit like Steve Buscemi saying “How do you do fellow kids?” in 30 Rock, but whatever. 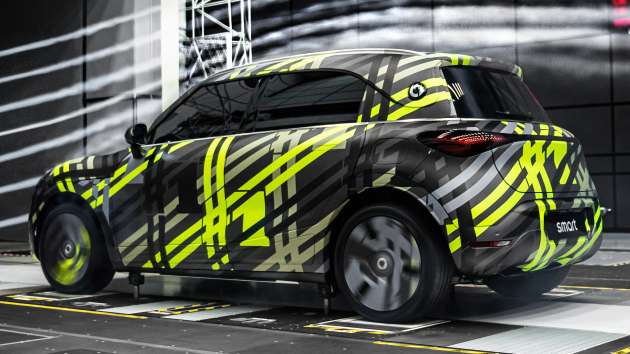 Accompanying the announcement are photos of a prototype undergoing aerodynamic and winter testing. While the car is still covered in camouflage, it’s clear that it borrows plenty from last year’s Concept #1, not just its name but also its pebble-smooth styling.

The design is as we’ve seen in the patent images revealed in October, with full-width LED head- and taillights (shown here with X-shaped light strips and optional quad headlight projectors), a trapezoidal front air intake with contrasting (possibly illuminated) surrounding trim, flush door handles and a “floating roof” with an inset smart badge. Interestingly, the designers have gone with frameless windows all around, which is a nice touch.

The jelly bean-like appearance (a result of what Mercedes calls a “Sensual Producty” design language, whatever that is), standard-fit active grille shutters and flat-faced wheels have aided aerodynamics, with smart claiming a drag coefficient figure of only 0.29. We still haven’t seen what the interior of the #1 will look like, but expect it to share the show car’s minimalist cabin and 12.8-inch centre touchscreen, minus the swathes of gold trim and fanciful four-seat layout.

It should also receive the technological innovations presaged by the Concept #1, including a “3D globe” interface, an avatar that learns and adapts to the user’s behaviour using artificial intelligence, a Beats sound system, a centralised computer for the car’s electronic systems, dynamic over-the-air software updates and a smartphone app with a digital key feature and integrated connected services and functions.

While Stuttgart retained responsibility for the design of the #1, the development work was handled by Geely, with the car set to ride on the Sustainable Electric Architecture (SEA). No technical details have been revealed yet, but Geely has already confirmed that even the smallest battery offered on the SEA2 platform – on which the smart SUV will be based – will be capable of a range of about 450 km.

The #1 is relevant for our market as smart recently signed a distributorship agreement with Proton Edar to sell the former’s new range of electric models in Malaysia and Thailand. Expect it to arrive here not long after the car’s global reveal (which will happen sometime later this year) to take full advantage of the government’s import, excise and road tax exemption for EVs.

Report: Tesla Might Acquire More Land Adjacent To Its Gigafactory In Germany