Smart is entering a new chapter this year with the launch of its first model developed under the shared ownership of Mercedes-Benz Group and Geely.

Now named Smart Automobile Co Ltd, the joint-venture company has announced the name of its first new generation model, the #1 electric crossover. The combination of the “#” symbol and a number will be adopted by future models as well. Smart suggests that the hashtag symbol, evocative of trendsetting in the digital era, is fitting for a company that defines itself as a premium all-electric automotive technology brand.

Previewed by the Concept #1 last year at the IAA Mobility Show in Munich, the all-new Smart #1 recently completed a series of aerodynamic and winter tests in the run-up to is its debut later this year in China and Europe.

“As the first product set to launch following the brand’s renewal, the smart #1 perfectly combines electric-drive technology and premium quality. I am convinced that the smart #1 will enthuse future customers in both China and Europe, setting new trends of urban mobility and co-creating powerful brand experiences wherever it will make an appearance.”

Designed by Mercedes-Benz and engineered by Geely, the new model underwent a series of tests at the China Automotive Engineering Research Institute in Chongqing, with one of them revealing a drag coefficient of 0.29, a good value for subcompact SUVs. 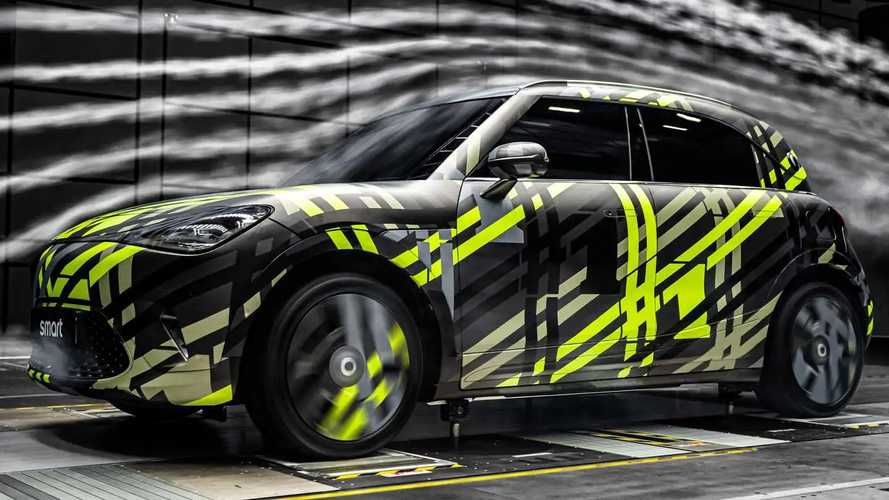 A low drag coefficient is essential as it influences a vehicle’s energy consumption, range, wind noise, and stability at high speed. Elements that enhance the Smart #1’s aerodynamics include the concealed door handles, the aerodynamics package, as well as the standard AGS (Active Grille Shutter).

Smart says that wind resistance and noise have been significantly optimized, contributing to greater energy efficiency, comfort and driving range.

The carmaker has also tested the new EV in the far north of China, at one of the world’s coldest testing grounds. In temperatures around -40 degrees Celsius (-40 Fahrenheit), the Smart #1 showed “excellent resistance to extreme cold,” with the advanced battery temperature control system maintaining “the optimum working condition for the battery.”

Owners will be able to pre-set their driving schedule via the smart APP or vehicle control panel of the Smart #1, allowing them to automatically pre-heat the battery to ensure optimized charging and output efficiency.

As for the retractable door handles, they are equipped with ice breaking functions, which means they should work normally even when the car is covered with a thin layer of ice.